The Mess That is The UK Economy

The following charts are from the latest UK GDP report.  I bring them up for several reasons.  First, the UK economy is not in good shape.  While the state is not catastrophic, it is not booming either.  Also consider that this is the economy which authorities thought could withstand some type of austerity program, telling us that the people making policy in the UK just aren't that bright. 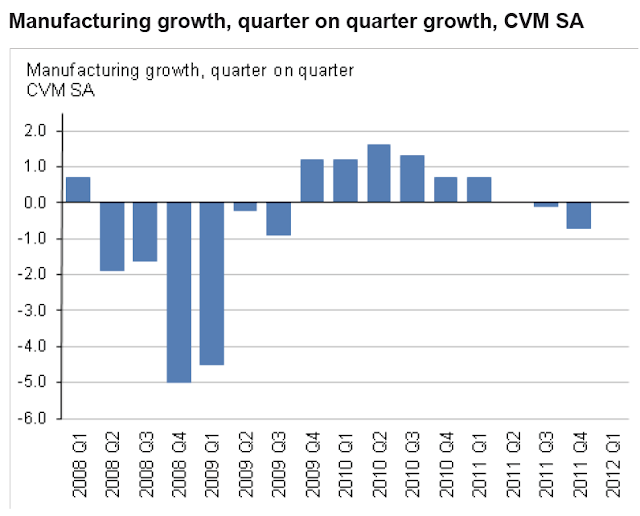 The above chart, to me, is the most troubling.  Manufacturing growth has clearly been declining since the 2Q10 and is now negative. 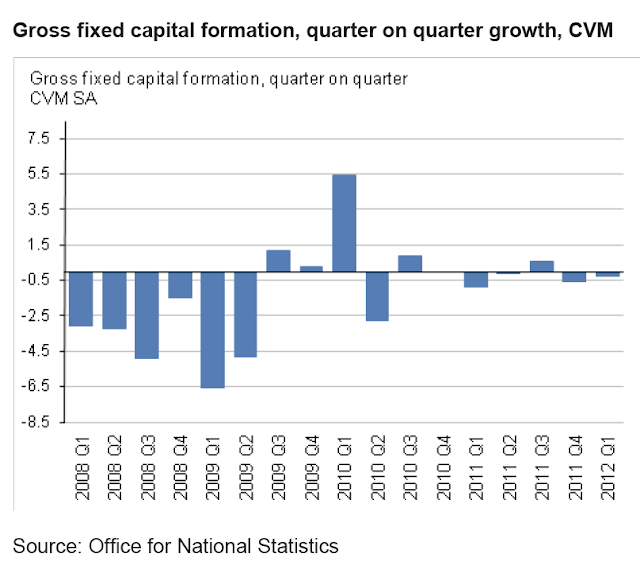 And we see an overall dearth of capital investment.

For me, the key issue is the final household consumption expenditures, which tell us that households just aren't spending.  In a developed economy, that is literally the kiss of death.  While US consumers aren't spending as much as they used to, they are still contributing to economic growth.