What's Holding the Economy Back?

For the last year and half, the US economy has not been able to get to "escape velocity" -- a rate of growth over 3%.  There are several reasons for this with the biggest one being the lower level of consumer spending.  Consider this chart of the seasonally adjusted annual rate of change of personal consumption expenditure growth: 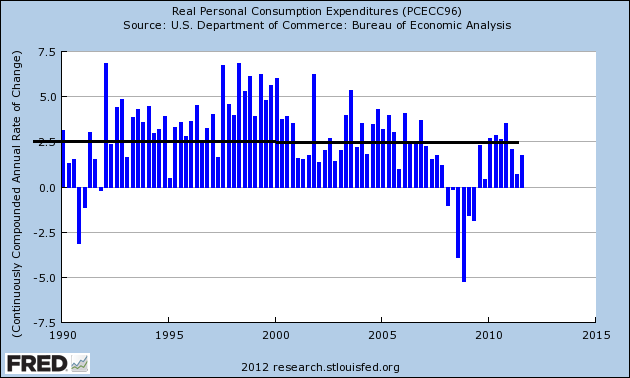 For the latest expansion, we've seen growth rates right around 2.5%.  However, this rate is low when compared to the last two expansions. Consumers are spending; just not in the same amounts as before.  As such, we are seeing lower growth.  Because consumers make-up 70% of GDP growth, this is a very important issue.  In addition, 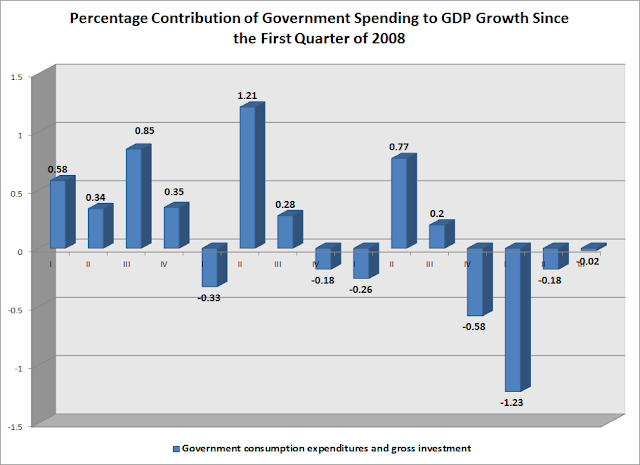 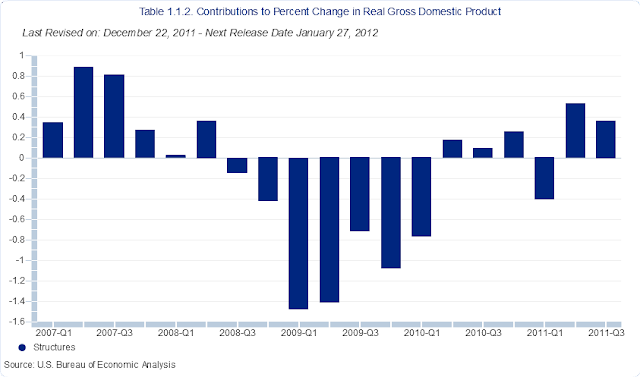 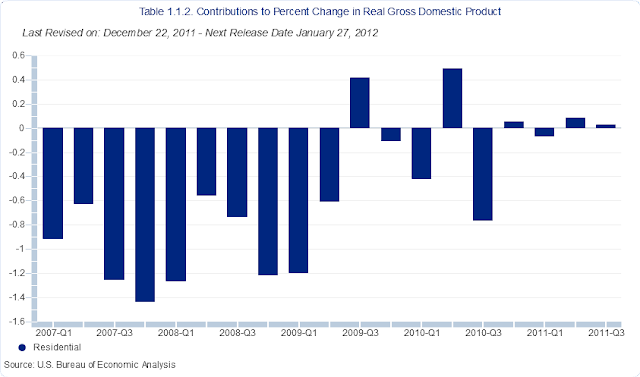 Both of these charts show that we're not building anything right now which has a tremendous impact on the economy.  First, it creates jobs.  But the actual building requires raw materials such as wood, copper etc.. which have to be mined.  The process involves heavy machinery -- which increases durable goods manufacturing.  And once the structure is build, we have to put furniture in it. In short, construction has a very large multiplier effect that we're simply not seeing right now.  For more on this topic, see this paper from Edward Leamer.

So, we have the following:

1.) A weaker consumer.  Consumer spending comprises 70% of the economy.  While the consumer is spending, he's simply not spending as much.

3.) A lack of housing participation. Housing -- and it's incredibly important multiplier effect -- are absent from this recovery.

Remember, the GDP equation is

Elements 1 and 2 are weaker, element 3 has subtracted from growth for the last 10+ years and we've deliberately letting element 4 subtract from growth.