Morning Market -- Still Not Sold on the Rally (Although I'm Closer)

From this week's Barrons'


Investors blew off the uncertainty of 2011 and plowed into the new year of 2012 with gusto, sending stock prices up almost 2% in the first week of trading. Volumes, though, remained light in a holiday shortened week.

Although stocks dropped Friday, traders said they were heartened by the market's ability to hold on to the big gains made early in the week, particularly after a volatile 2011, in which such early-week gains often disappeared by Friday.

"The fact that, coming out of the gate, we have been able to hold on to Tuesday's big gain is constructive," notes Michael Marrale, head of U.S. sales trading for RBC Capital Markets. Now that the calendar page has turned, hedge funds, many of which sat out much of 2011, might be induced to return to buying stocks, particularly if there is another 1% to 2% gain relatively soon, he says. Fears of missing out on a rally will increase, and they won't want to start the year already 2% to 4% in the hole, he adds.

Here's why I'm not entirely in agreement -- although I do think the "ice is cracking" in the equity markets. 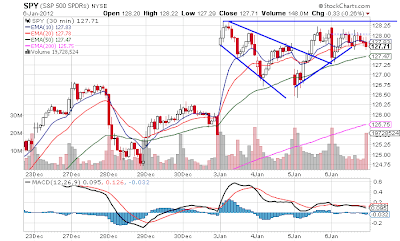 Above is a 30 minute chart of the SPY.  Riddle me this: where's the follow-through?  Yes prices gapped higher, but then they just stayed there.  Taking solace in the lack of a decline -- especially in light of last week's positive economic news -- doesn't make me any happier. 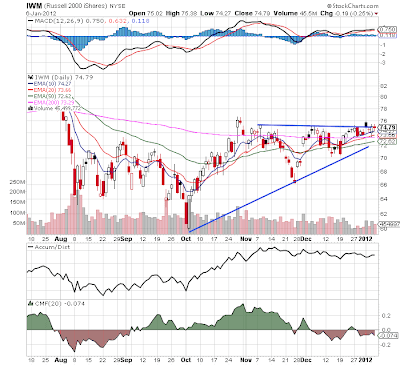 And the fact that the IWMs haven't made a convincing move above their resistance level is also a problem.  This market should be moving strongly higher on the signs the US economy is starting the year with a bang; instead we're seeing an average trapped by highs established early last November.

That does not mean all the news is bad, however. 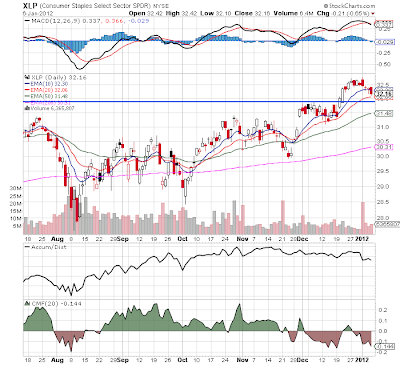 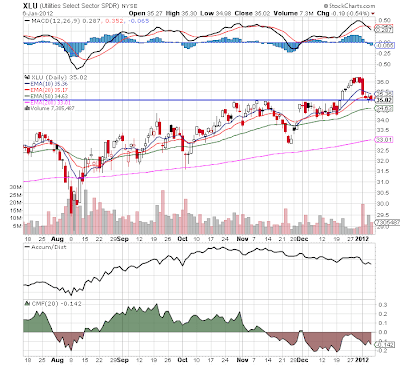 Both the utility and consumer staple sectors of the market -- which had been strong performers the previous week -- sold off.  And, 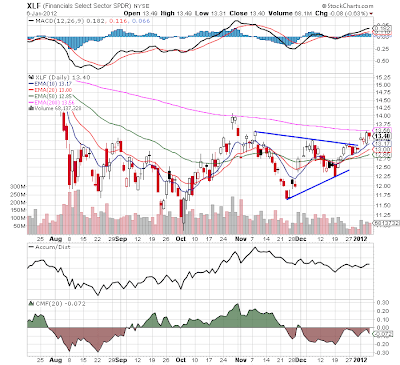 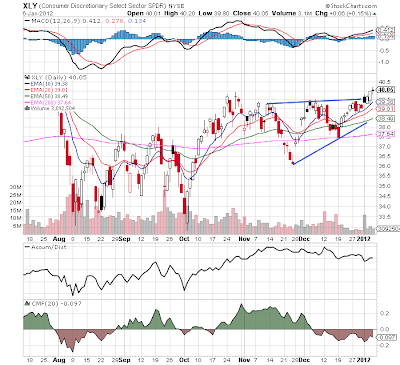 Both the financial sector and the consumer discretionary sectors made good advances last week. 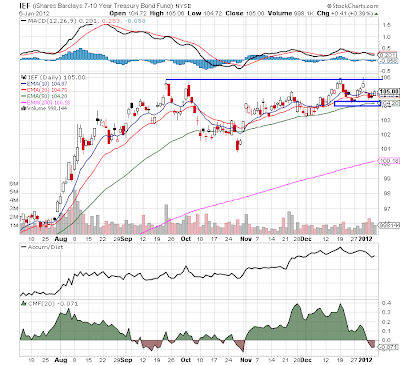 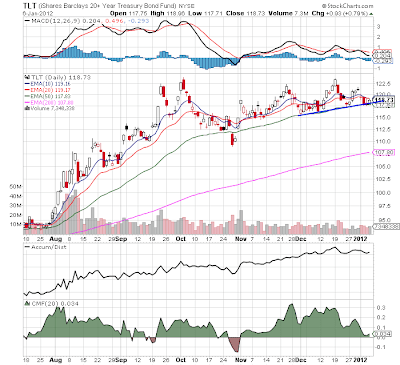 A big problem I still have is with the treasury market, which is obviously catching a bid from the EU situation.  However, if investors were really sold on the idea of a strongly advancing stock market, I'd expect to see a much stronger sell-off in the treasury market.

Europe is still the big wild card in the deck.  So long as there is a fear the EU will break up -- or that there will be a big problem from that area -- I don't see how stocks can have a strong rally that lasts more than a few weeks at best.