A Closer Look at Manufacturing 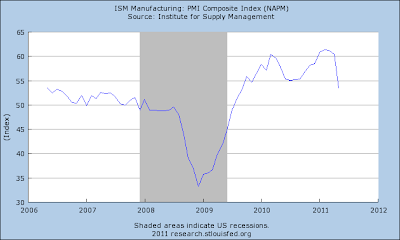 The overall, national ISM number dropped hard last month. But this number has been printing strong numbers for over a year. 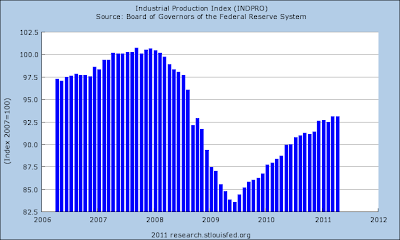 Overall industrial production is still increasing. However, for the last five months, numbers appear to have stalled. While this is not fatal, it does bear watching going forward. 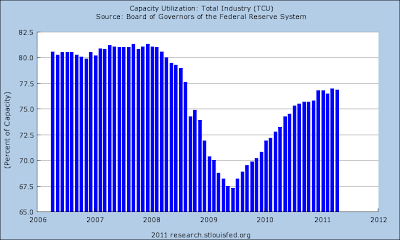 Like the IP number, overall capacity utilization has also been increasing, but has stalled over the last five months. 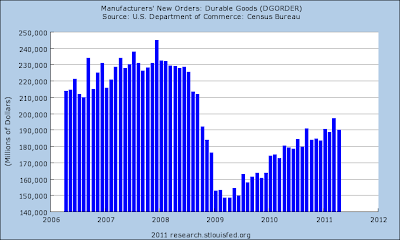 Durable goods have also stalled, but this time over the last four months.

The Dallas Fed's overall manufacturing index has been bumping along the bottom over the last year. Future expectations have dipped a bit, but they're still positive. 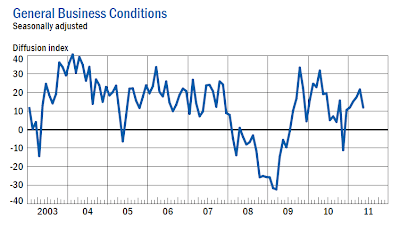 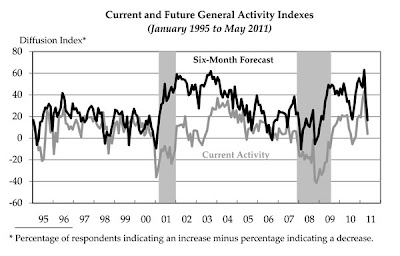 The Philly Fed index dropped hard in its last reading, and is just a bit above contraction.

The above charts point to a manufacturing slowdown. We've seen overall industrial production and capacity utilization slow their rise. In addition, several regional fed manufacturing surveys have slowed as well, and the latest ISM print showed a severe drop.
Posted by Unknown at 11:30:00 AM