The economy is doing well. Only the people are suffering.

This week March retail sales, industrial production, and capacity utilization will be reported. These measures of the economy, like many others, have shown a strong rebound, regaining in real, inflation-adjusted terms half or more of the ground lost since the bottom of the "Great Recession." In fact, several other labor-oriented metrics - real income and aggregate hours worked - have also shown recent strength. That strength, however, masks the underlying continuation of poor conditions faced by the individuals who make up the labor force.

After languishing for nearly a year after the official bottom of the recession, real income has picked up considerably, making up half of the losses during the recession: 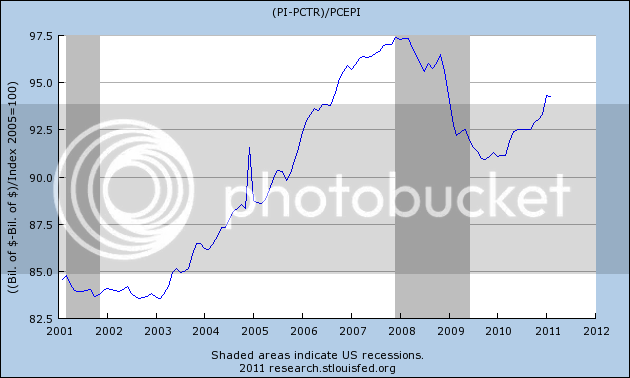 But on a per capita basis, real income is still languishing, making up only 20% of its recession losses (compared with the S&P 500's 90% profit rebound): 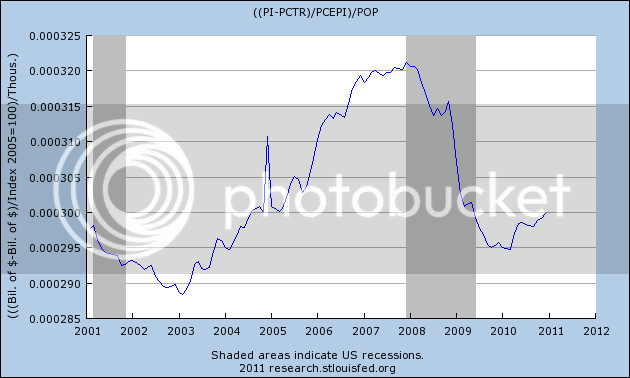 Aggregate hours of work in the economy have also bounced back about 1/3 from their recession bottom: 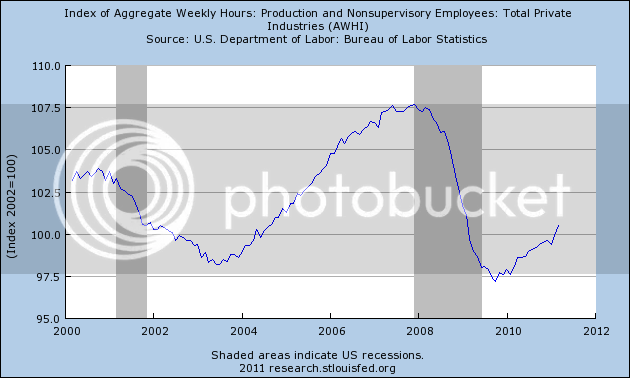 This too is an absolute good. It is also worth remembering that employers have been adding hours (blue) more than jobs (red). At this point, over half of that relative shortfall has been made up, boding well for better job growth if the trend continues: 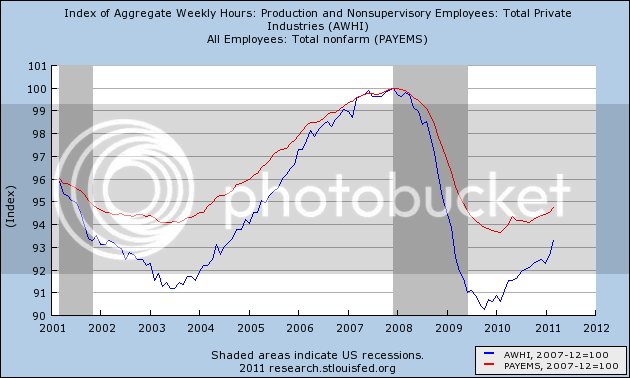 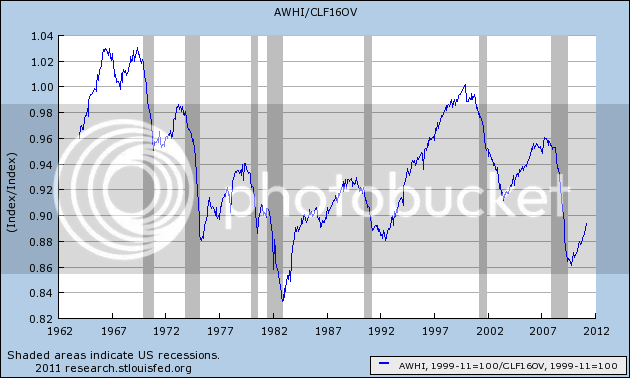 While there is no denying the improvement since the bottom of the "'Great Recession," there are still more than 10% fewer hours avaialable to be worked in the economy per capita compared with the top of the 1990s expansion. This is yet another measure of how lackluster the 2000s expansion was. More importantly, we are still close to the absolute worst situations in the last half a century.
So while the economy as a whole is doing much better, the labor force and in particular the millions of unemployed and underemployed continue to suffer.
Posted by New Deal democrat at 8:30:00 AM