I'm sure it's too early to say that nonresidential construction has bottomed, but a few items make me believe it is time to start watching. Yesterday Bill McBride a/k/a Calculated Risk treated us to his monthly recap of architecture billings, with his usual note indicating that nonresidential construction would continue to decline for the foreseeable future. I'm not so sure.

Here is the same graph of AIA billings, but from Prof. Perry's Carpe Diem blog, with a line indicating how last month's reading compares with past readings: 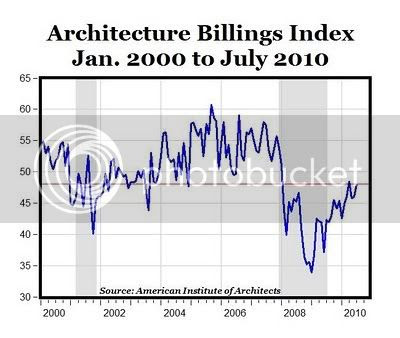 Note that the most recent reading of the AIA is consistent with readings in early 2002 and early 2003. 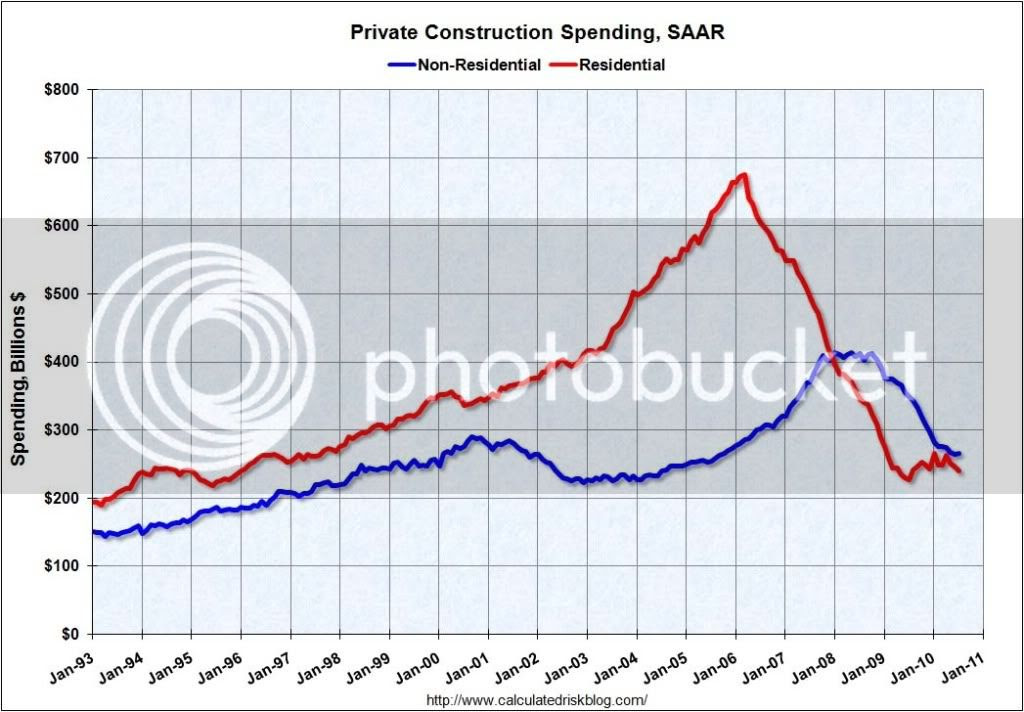 Note that in early 2002 nonresidential construction was still declining, but in the second half of 2002 it stabilized and remained flat throughout 2003.

This makes me think that the AIA index may be similar to the ISM manufacturing index. Both are diffusion indexes, with 50 being the dividing point between most businesses reporting an increase vs. a decrease. But the ISM says that its index signals expansion before the index reaches 50. Several months' readings at 46 (the actual number may even be lower, I didn't go back and check), are sufficient to signal expansion. The 2002-03 readings of the AIA index suggest the same may be the case.

In support of that analysis, here is a graph of Commercial and Industrial loans from banks, updated through last week: 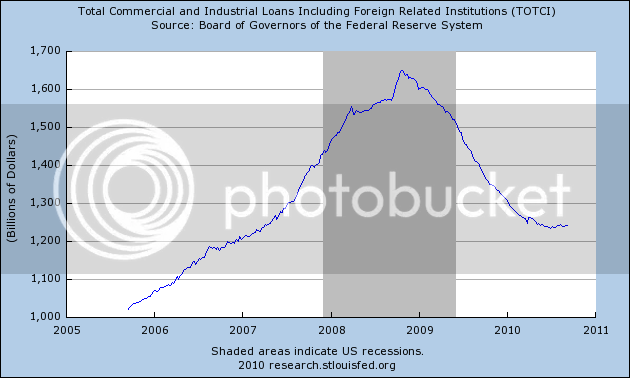 This series appears to have made a bottom in July. If it isn't the bottom, it at least is probably very close in time and value. At least some of those loans must be for new construction.

Finally, here is another graph of construction spending, from Briefing.com, showing YoY% changes. This shows the "second derivative" has turned up in the last few months, and its trajectory may be sharp - i.e., it may reach 0 in 6 - 9 months:

While it is probably too early to say that nonresidential construction has stabilized, it looks like it is time to watch for a bottom.
Posted by New Deal democrat at 11:30:00 AM