Information received since the Federal Open Market Committee met in August indicates that the pace of recovery in output and employment has slowed in recent months. Household spending is increasing gradually, but remains constrained by high unemployment, modest income growth, lower housing wealth, and tight credit. Business spending on equipment and software is rising, though less rapidly than earlier in the year, while investment in nonresidential structures continues to be weak. Employers remain reluctant to add to payrolls. Housing starts are at a depressed level. Bank lending has continued to contract, but at a reduced rate in recent months. The Committee anticipates a gradual return to higher levels of resource utilization in a context of price stability, although the pace of economic recovery is likely to be modest in the near term.

Obvioulsly PCEs are important to the Fed; here's a chart: 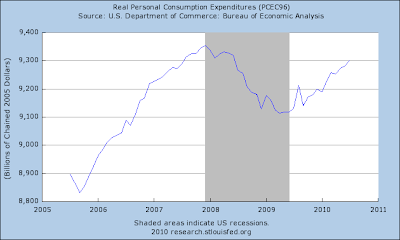 Constraining this are the following: 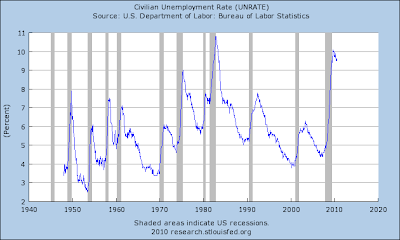 The highest unemployment rate since the early 1980s 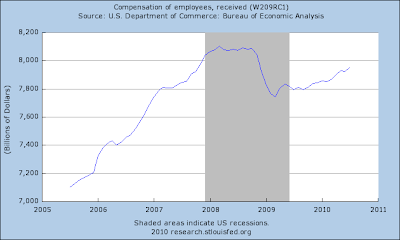 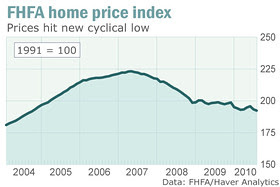 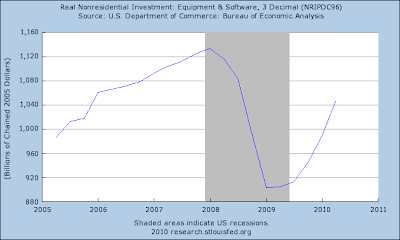 Businesses are investing in equipment and software, 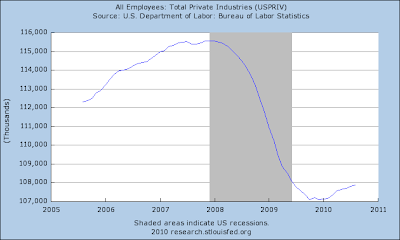 but they are reluctant to hire. 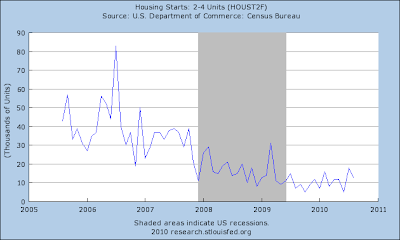 Short version; things are moving forward, but slowly.
Posted by Unknown at 2:30:00 PM