Personal income was flat after increasing 0.3 per cent in May. It was the first time since September that incomes had not risen. Markets had expected income to rise 0.2 per cent in June from a previously reported 0.4 per cent rise in May. 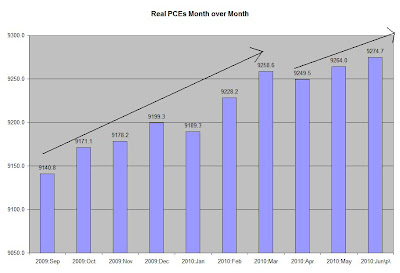 Real PCEs arfe still moving higher, although the pace of increase has slowed over the last two months. 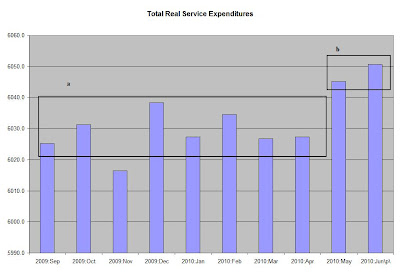 Service expenditures -- which comprise about 65% of expenditures -- have moved higher over the last two months after remaining near the same level for the preceding 9 months. 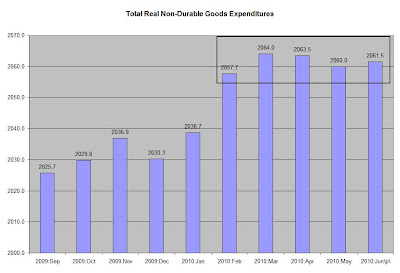 Non-durable goods purchases have stalled, as have 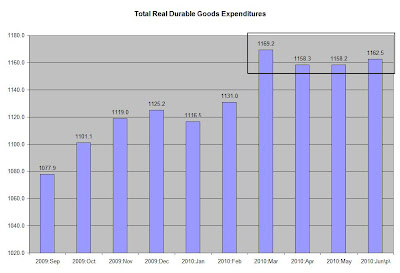