Let's take a look at the report's details. Click on all images for a larger image. 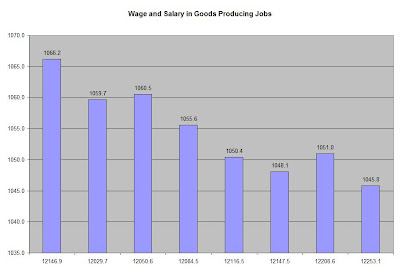 Goods producing industries are seeing wage declines. This is to be expected, as this area of the economy is still seeing large job losses. 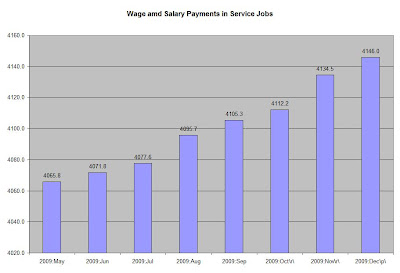 However, wages in the service sector -- the largest employment sector of the economy -- are increasing, and have been since May. 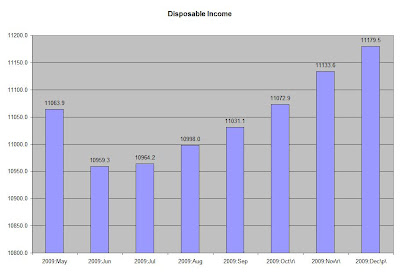 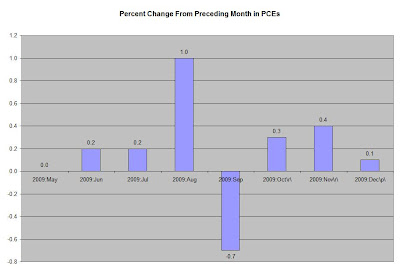 PCEs -- personal Consumption Expenditures -- continue to increase on a month to month basis. 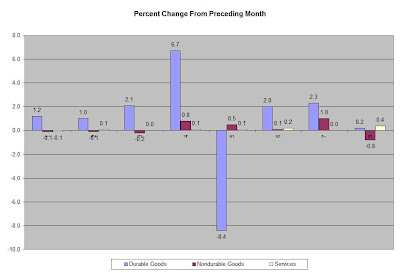 Above is a chart of the percentage change from the preceding period in the various sub-parts of the PCE number starting in May. 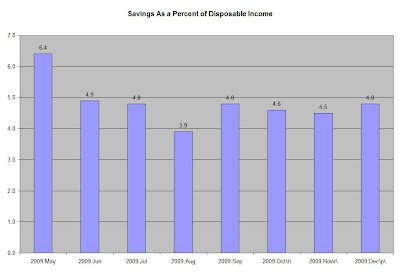