Here is a chart from the report: 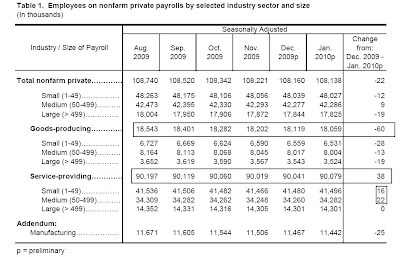 Manufacturing/goods producing is still taking a big hit -- down 60,000. However, service employment grew for the second month. Also note that it's the small and medium service firms hiring rather than the large firms. The following charts shows the service sector employment pace in more detail: 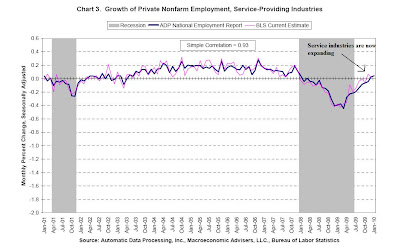 And in an interesting, "I wonder why" vein: 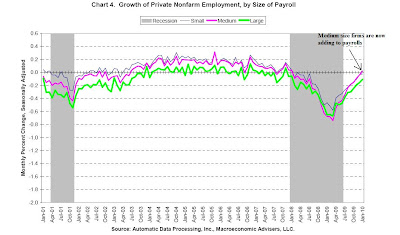 Medium size firms are adding to payrolls.
Posted by Unknown at 1:30:00 PM