From the Institute for Supply Management: 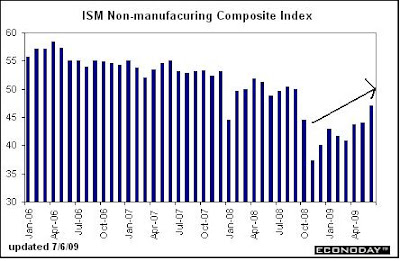 Notice the index has been in an uptrend since October of last year. While the number is still below 50 and therefore still in a contraction it has been slowly inching its way into positive territory.

Here are the anecdotal comments from the same report:

Simply put, this is an improving series and adds further evidence that the worst is over.
Posted by Unknown at 12:30:00 PM