As I have pointed out in several recent posts, the economic fundamentals forecast a very tight, 51/49 Presidential race.  Here again is a copy of Nate Silver's "economics only" election forecast: 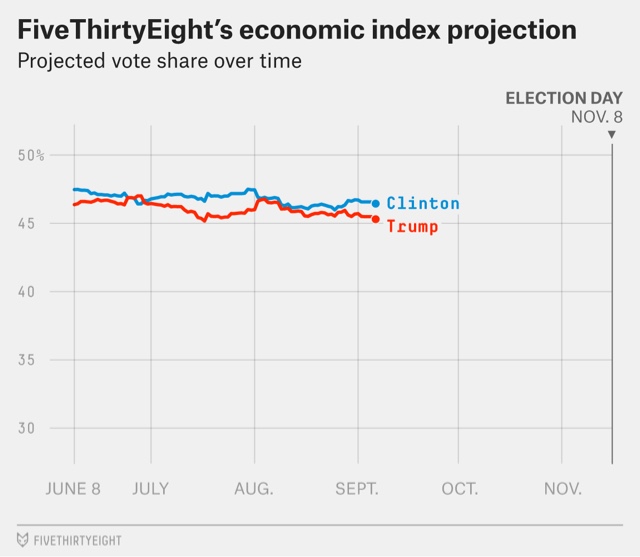 Here's how Silver calculates the index:

"How does the model judge how well the economy is doing? It calculates an index, which may seem complicated but is actually relatively intuitive. We combine the change over the past year in six measures of economic health — jobs (nonfarm payrolls); manufacturing (industrial production); income (real personal income); spending (personal consumption expenditures); inflation (the consumer price index); and the stock market (S&P 500) — into a single index. Each part of the index is compared to how well the economy was doing by that metric in previous presidential election years"

While (except for the stock market) this is a good coincident index for the economy, almost exactly matching the criteria used to determine if the economy is in recession or not,voddly it does not include most of the series that Silver himself found om 2011 were most correlated with the results of Presidential elections over the last 50 years: 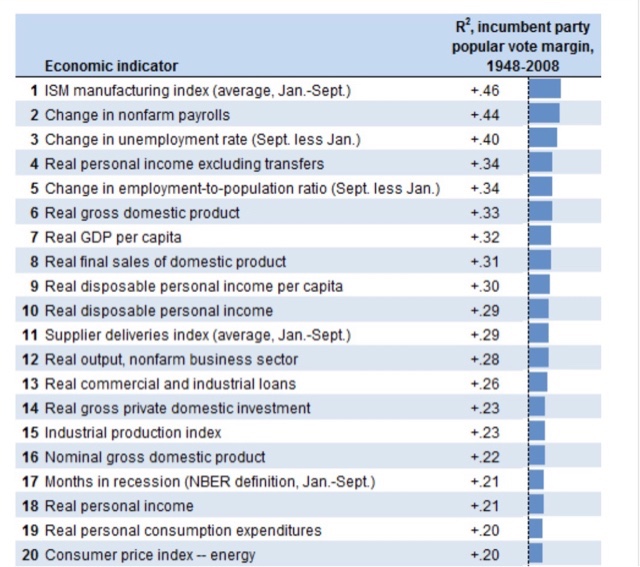 So let's take a look at the nine series that had correlations of .30 or better: 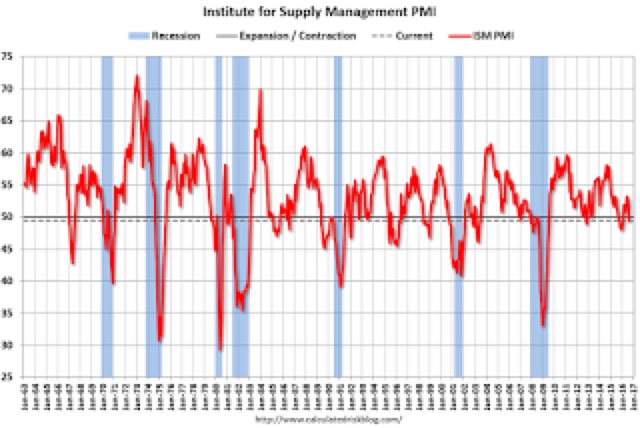 Unfortunately the ISM has withdrawn its permission for the St. Louis FRED to post its data, so I can't post a better graph.  But I can tell you that through August, this year the ISM Manufacturing index has averaged 50.8 -- just barely positive.

Employment has grown by about 1% in the first 8 months of this year.

The unemployment rate in September is the same as it was in January.

This is also up about 1% so far this year.

The e/p ratio has only improved by 0.1% this year.

This is also up about 1% through the second quarter.

In summary, only one series -- the unemployment rate -- out of the 9 most correlated with the re-election of the incumbent party is not positive (and it is unchanged).  All of the others are positive, although several just barely so. BUT, none of them are strongly positive.  This is an economy moving forward in no better than second gear.  So the incumbent party is favored -- but by very little.
Posted by New Deal democrat at 11:06:00 AM