But maybe the real issue is that the economy is stuck in a netherworld where growth remains perpetually weak while unusually low interest rates keep the macro trend from falling into a conventional business-cycle ditch. Actually, we’ve been in something approximating this netherworld in recent years, albeit punctuated by temporary bursts of relatively solid growth.

Increase in Incomes is Real and Important (Barry)

The latest data, courtesy of the Census Bureau, which released its annual update on incomes and poverty yesterday, showed that median household income increased a whopping 5.2 percent in 2015 to an inflation-adjusted $56,516. As the New York Times, noted, it was “the largest single-year increase since record-keeping began in 1967.”

Ignore the naysayers; the most recent numbers were a huge positive surprise, showing that incomes for all Americans are rising in a meaningful way. Unlike in recent years, when much of the gains went to an increasingly narrow group at the top of the economic strata, last year’s improvements were broad and deep. “Gains were spread across the income spectrum and by race, while women’s earnings inched closer to men’s,” Bloomberg reported. 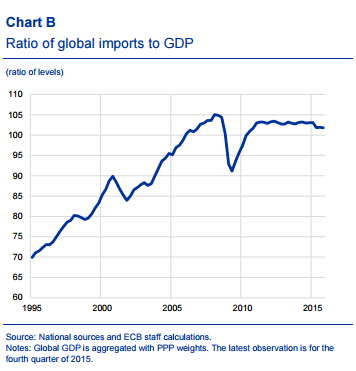