Yesterday I noted that the housing market lately has been subject to a lot of conflicting crosscurrents, and noted that excluding NY, which skewed the national reports higher by 100,000 units in May and June, the trend in housing permits has continued higher.

In fact, virtually all of the variability in housing permits has been among multi-unit properties: 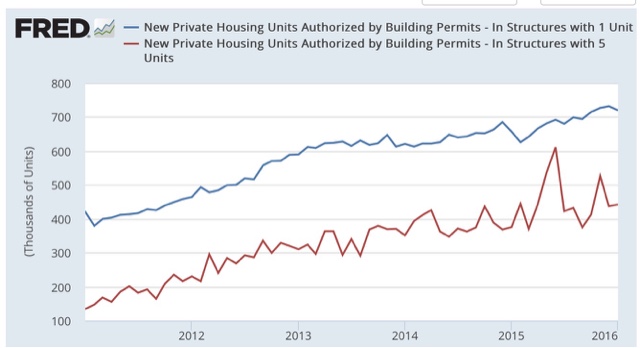 In the past, single family permits have usually declined before multi-unit permits, as buyers turn from their first to second choice in housing as conditions deteriorate.

Another important crosscurrent is the collapse of fracking in the Oil patch.  The below two graphs compare fracking states North Dakota and Oklahoma: 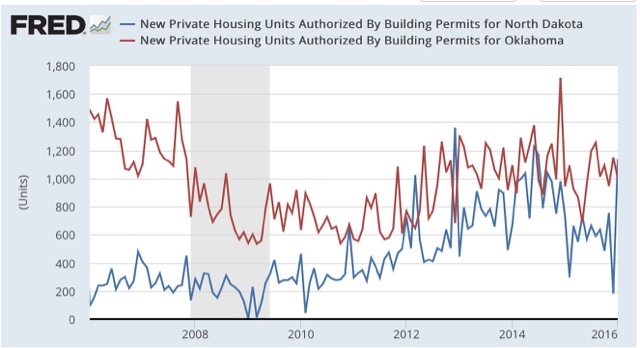 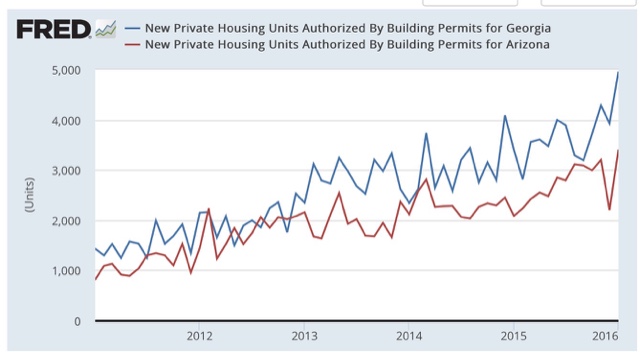 This is hardly an exhaustive list, but it certainly does suggest that the depression in the Oil patch has coincided with a decline in new housing activity, while outside of the Oil patch, permits have continued to rise.

Yet another crosscurrent is the increase in foreign buying of higher end properties.  Foreigners typically pay cash, In the last several years the Canadian, British, French and German buyers have been surpassed by the Chinese. According to the NAR's Profile of International Home Buying Activity, through March 2015.

While there hasn't been any more recent national survey, a report for Florida in September indicated that:

So part of the relative softness in new housing activity in the second half of 2015 probably reflected less foreign buying of US properties.

The surge and subsidence in foreign purchases of high-end properties undoubtedly has played an important role in the YoY decline in median prices of new single family houses: 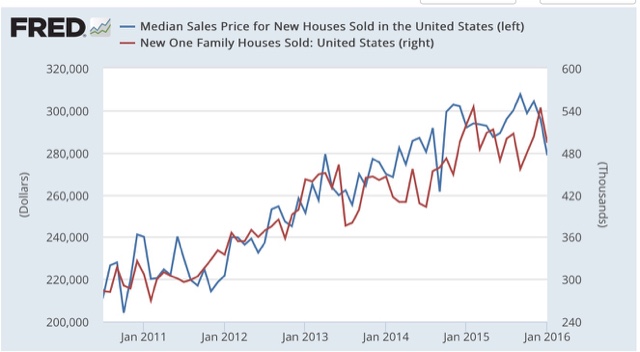 Finally, as I have frequently noted, the biggest single driver of house buying is mortgage interest rates.  The below graph compares the YoY change in mortgage rates (blue, inverted) vs. the YoY% change in housing permits (red): 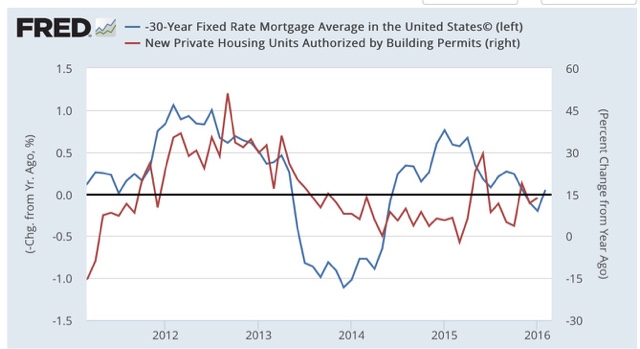 The recent decline in mortgage rates is only going to help home purchasers and should help drive improvement in the housing market going forward.

To summarize, the housing market is a real muddle.  I think the least bad interpretation is that it has been going sideways. Although the NYC-induced distortions may have translated into the real economy via starts, I am very reluctant to consider that spike a turning point, when single family permits and permits ex-NY still show an uptrend. Finally, recent low mortgage interest rates should translate into more home-buying and an increase in permits and starts a few months down the road.
Posted by New Deal democrat at 9:39:00 AM