I've been withholding comment on the housing market while waiting for the state-by-state breakdown, which was finally released this morning.  The truth is, there are so many crosscurrents in the housing story that it is tough to discern any one trend, so I'll divide this analysis into two posts.

The huge spike caused by the expiration of a NYC program last June is still affecting the YoY and  monthly trend. But if those permits translated into actual starts, then maybe they shouldn't be treated as distortions after all. Then there is the similar effect of the remarkably warm December in the Northeastern US.  And what about the collapse of the fracking industry in some states of the Oil patch?  Further, the price aspect of the market in particular has also been affected by the big increase - and now decrease - in foreign cash buyers of high end properties over the past few years.

In other words, I can generate graphs that point up, sideways, and down, all of which have credibility. A total muddle.

So let me start by looking at the overall picture, and the specific continuing issue of the NYC spike from late last spring. 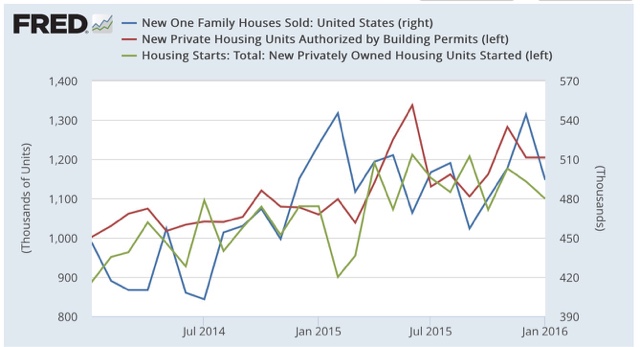 New home sales tend to peak first, somewhere in mid-cycle, followed by permits, and then starts one or two months later - but starts are much more volatile.  All of these made highs earlier last year, and turned down in the most recent month compared with December. But all have had secondary peaks recently nearly equaling the early 2015 peaks.

But the most comparable series with new single family home sales are 1 unit permits and starts.  Here's what they look like: 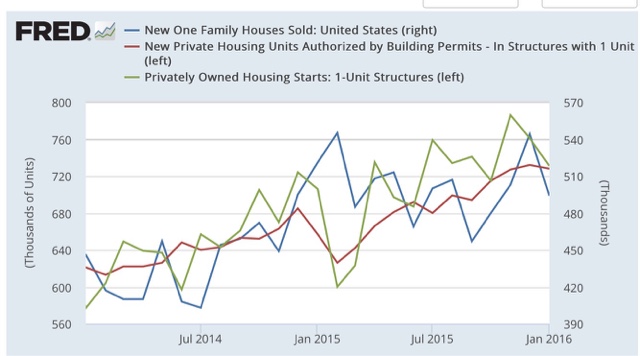 Although January was down from December, single family permits and starts, the trend is undeniably upward. 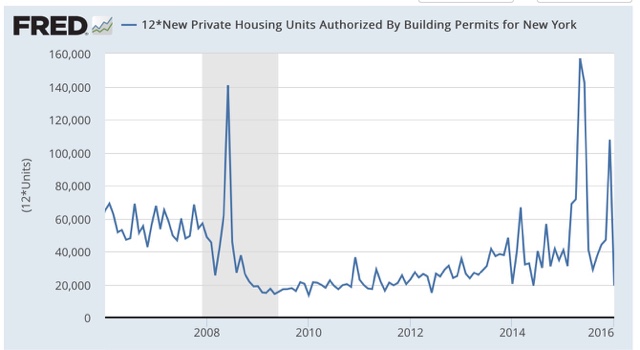 To remove the distortion, here are national permits ex-NY State: 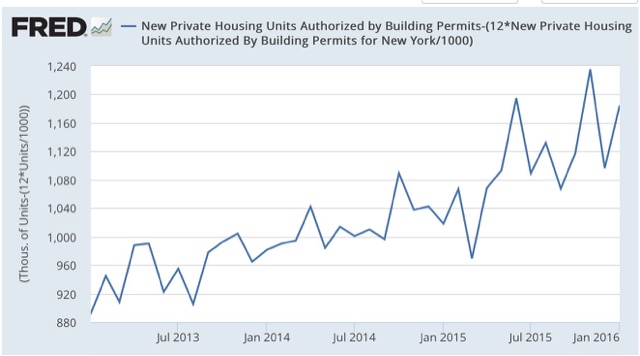 The trend certainly apprears to be positive if mild.

While I cannot measure excluding just New York, but here it is for the Northeast, showing the increase/decrease in permits (blue) and starts (red) since January 2015): 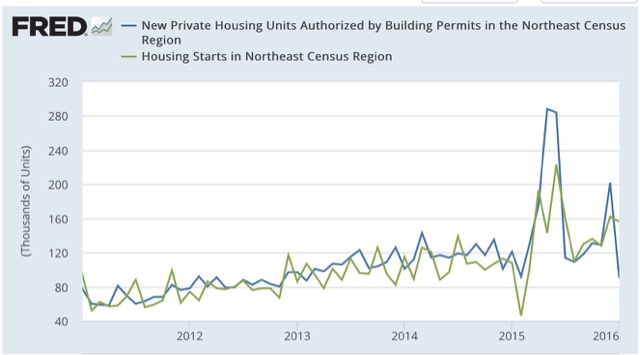 IN  part 2, I will look at other issues in the muddle.