Gas prices look like they have finally (seasonally) bottomed

Gasoline refiners are in the process of switching over to their summer blend, which means that gas prices at the pump should rise.  And, as this graph from Gas Buddy shows, it looks like in the last week or so gas prices may have made their winter bottom: 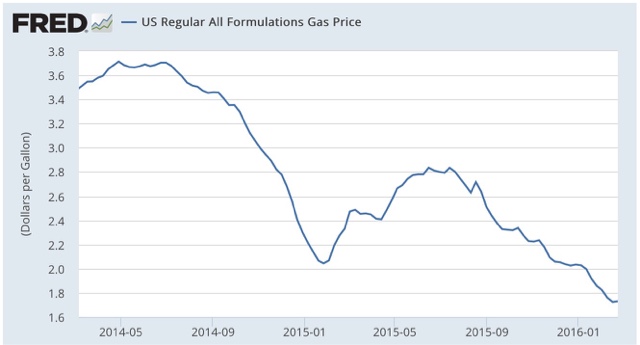 Given that seasonality, a YoY comparison is helpful establishing the trend: 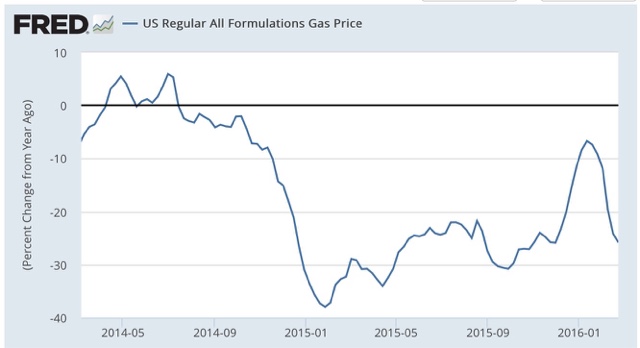 It had looked like the trend was bottoming back in December (when the YoY comparisons were less than 10%), before Oil went below $27/barrel in January and there was a renewed pulse downward.  So no forecast there!

By the way, if you want a real good handle on how cheap gas actually is, here are nominal gas prices (blue) compared with nominal average hourly earnings (red) for the last 25 years, both normed to 100 as of January 2016: 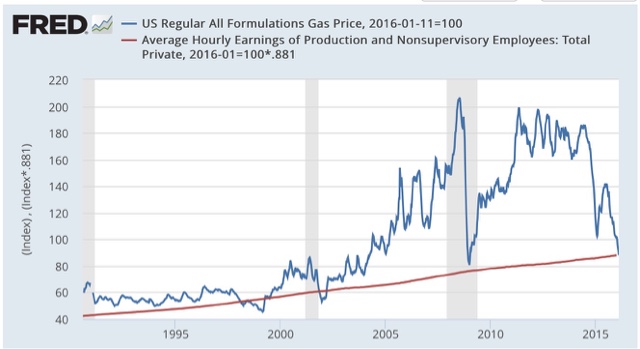