Ol' TDL (Trillion Dollar Loss) likes to complain about the US employment situation, and, more specifically, blame it on Obama.  While the US jobs market clearly has tons of slack, this is in fact a world-wide situation.  How do we know this?  By r-e-a-d-i-n-g economic reports like this one from the OECD:

Despite some recent improvement, slow recovery from the financial crisis means that many G20 economies still face a substantial jobs gap, which will persist until at least 2018 unless growth gains momentum.

With more than 100 million people still unemployed in the G20 economies and 447 million 'working poor' living on less than $2 a day in emerging G20 economies, the weak labour market performance is also threatening economic recovery because it is constraining both consumption and investment. 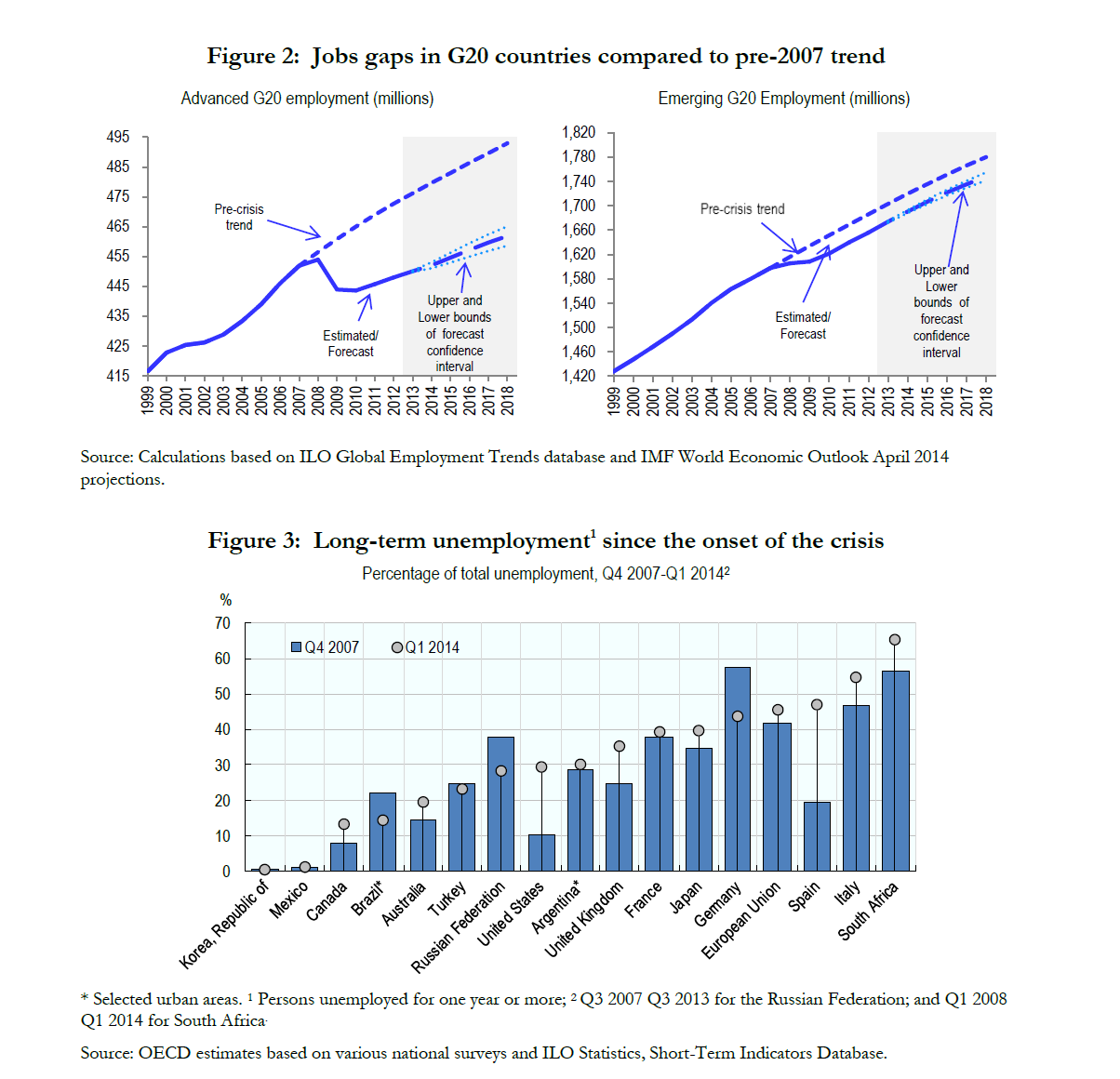 The employment problem is hitting a lot of countries, not just the US.  That means that either the Obama's polices have magically had a global impact (much like the CRA somehow leading to a global housing crisis) or there is something happening at the macro level that is beyond the scope of partisan US politics.