US Market Review For The Week of September 22-26

The market is most likely consolidating gains with a downside bias targeting the respective long-term trend lines for the SPYs and QQQs.  Supporting the consolidation argument is the sideways movement of the IWMs as they trade between the 106/107 level on the lower end and the 119/120 level on the top end.  They have been in this range since mid-Spring which attests to its overall importance.  Also supporting the consolidation conclusion is that the SPYs and QQQs are still meaningfully above their respective long-term trend lines. 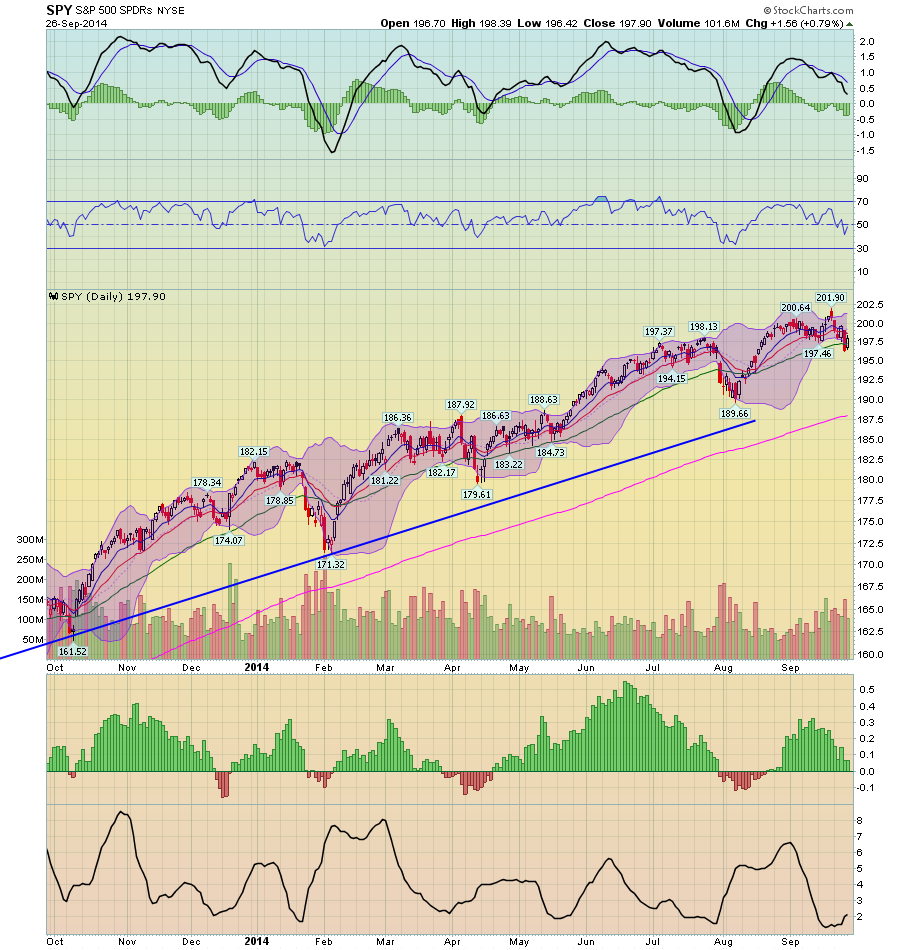 The overall uptrend of the SPYs remains very much intact, with a strong trend line connecting the October and early February lows.  But September was a tough month.  Price broke through the 200 level, topping out at 201.90, but have since moved lower, although in a disciplined manner.  Prices are currently sitting at the 50 day EMA, but the MACD is giving us a sell signal and prices are weakening. 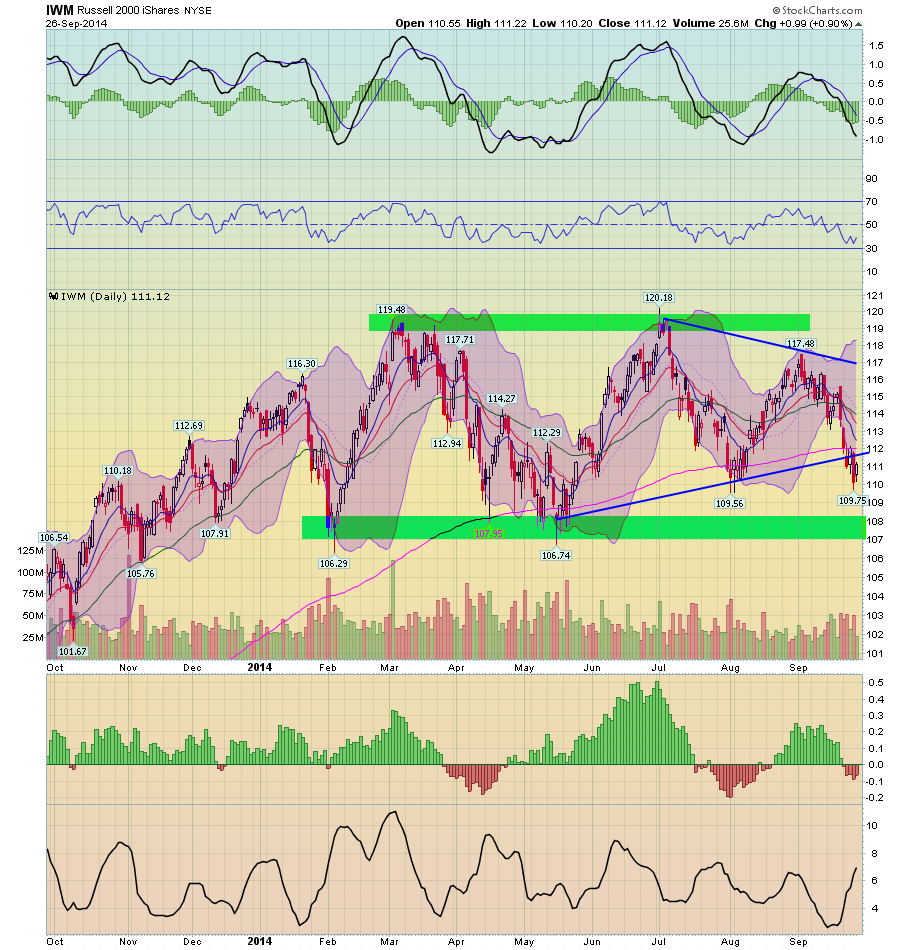 Then there is the IWM chart, which was consolidating between two price levels -- the 106/107 for the lower prices and the 119/120 level for the upper.  But within that consolidation prices were forming a symmetrical triangle.  But last week they broke through the lower trend line.  With a negative MACD and rising volatility, I'd expect this downside move to continue, at least to the 106/107 level of support. 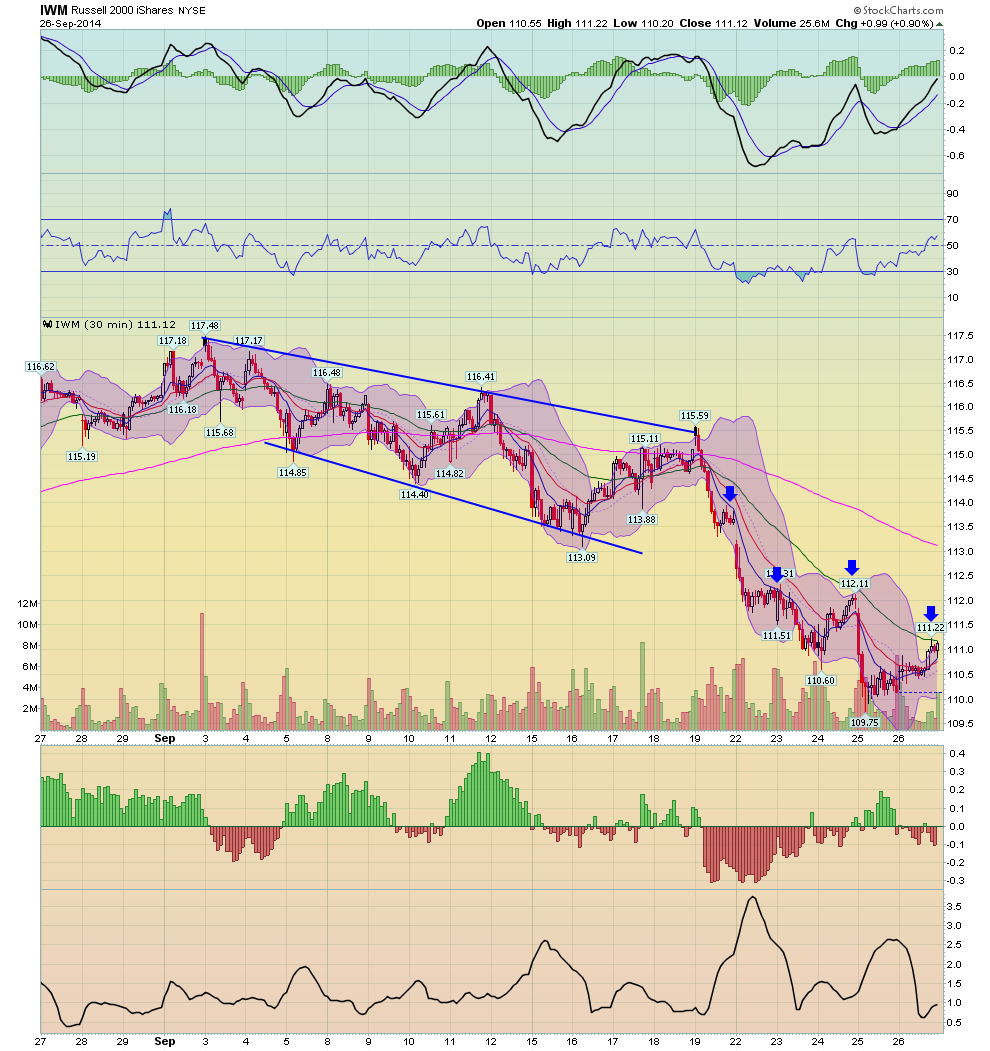 The IWMs downside move has been telegraphing this move lower for the last month.  Notice that prices formed a general downward sloping channel starting at the beginning of the month.  Prices continue to print a series of lower lows and lower highs until prices couldn't keep the upside momentum going on the morning of trading on September 20th.  Prices gapped higher at the open, but then slid below the 200 minute EMA.  Since then prices have been using the 10, 20 and 50 minute EMA as resistance points while also dragging the 200 minute EMA lower. 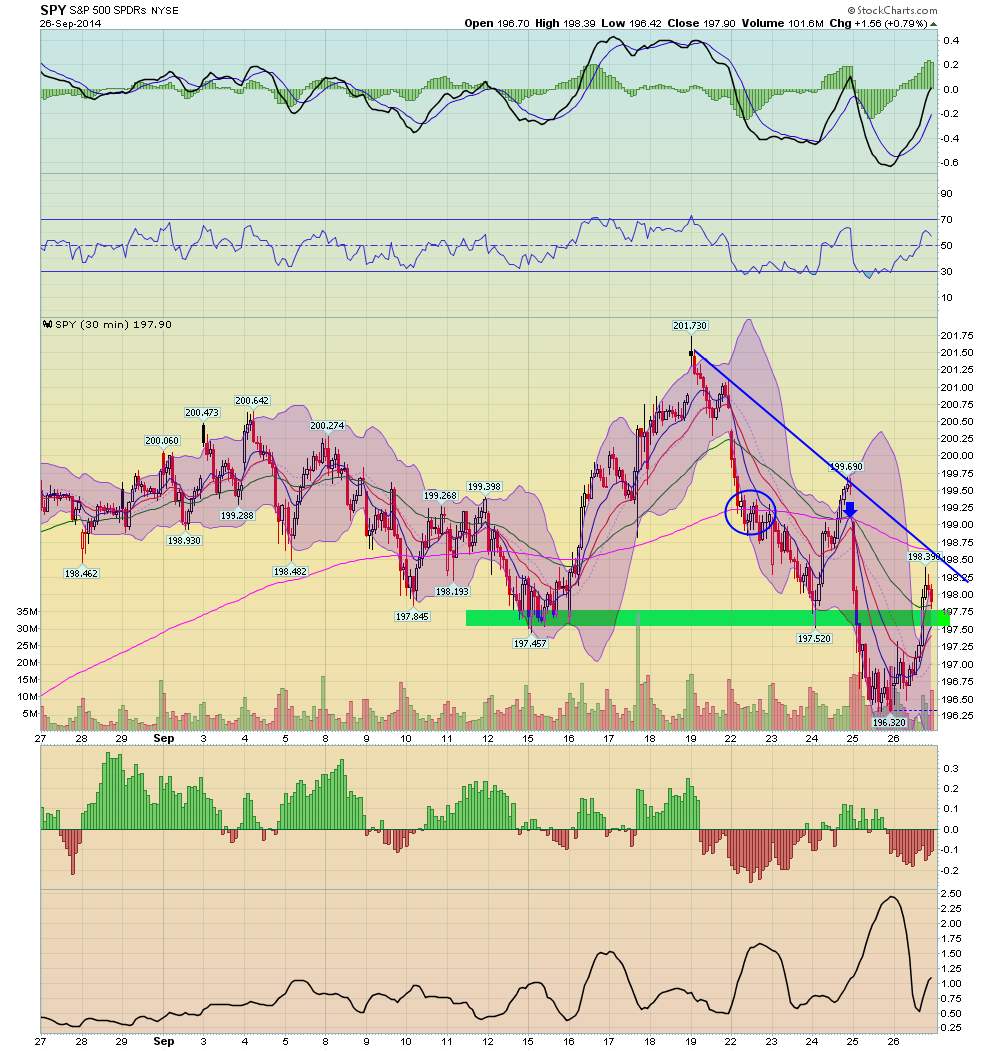 The SPYs show a similar pattern.  Prices gapped higher on the 19th, but they quickly moved lower.  On Monday, prices became entangled in the 200 minute EMA eventually moving lower.  And although prices moved higher on Thursday, closing at session highs, they gapped lower at the open on Thursday and quickly printed strong downward bars.  Overall, the last week's price action is bearish. 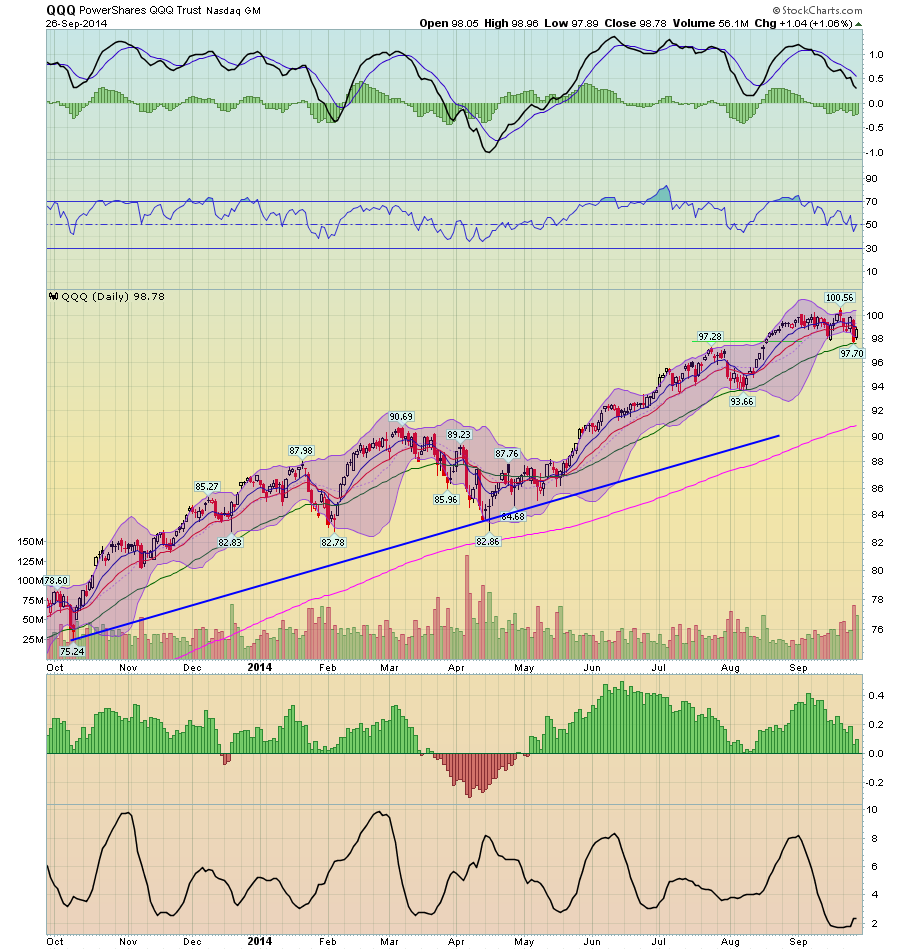 And finally we have the QQQ daily chart, which, like the SPYs chart, shows an index that is clearly in an uptrend.  Back of the envelope calculations indicate it would need to move lower by almost 7% to hit the long-term trend line.  But, the chart also has weaker underlying technical with the MACD moving lower, weakening relative strength and a decreasing CMF.