Last week, I noted that Japan, UK and EU are all "zombie economies" -- economies that are for all practical purposes dead in the water right now.  However, other regions of the world are doing very well -- especially those south of the border.  While Mexico does have some serious problems (the drug war and over 25,000 dead come to mind, along with systemic corruption), the overall economy has actually done very well since the end of the great recession.  Consider the following data points from the Central Bank's latest Inflation Report: 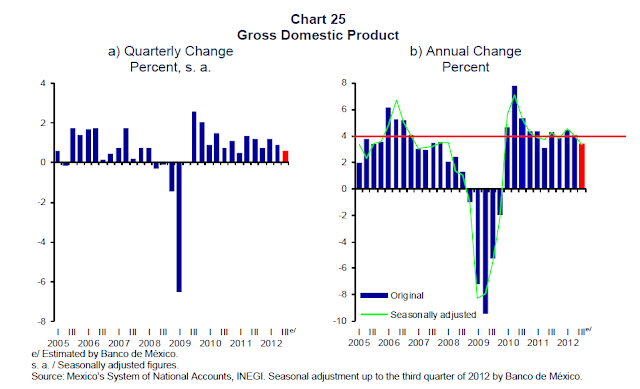 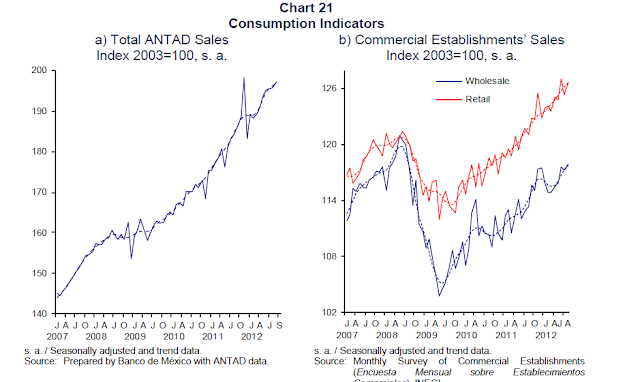 The left chart shows ANTAD sales (retailer's association) have been rising strongly over the last five years.  Also note these moved sideways during the recession.  The right side also shows retail and wholesale sales, both of which have risen since their recession lows and both of which are now above their pre-recession peaks.

Investment has also been very strong.  The left chart shows that overall investment (black line)  has been rising consistently since the recession and is now above pre-recession levels.  It has risen because of incredibly strong machinery and equipment investment (red line) and overall construction.  Machinery investment has increased as a result of both domestic and imported machinery (middle chart).  Finally, overall confidence for producers is strong. 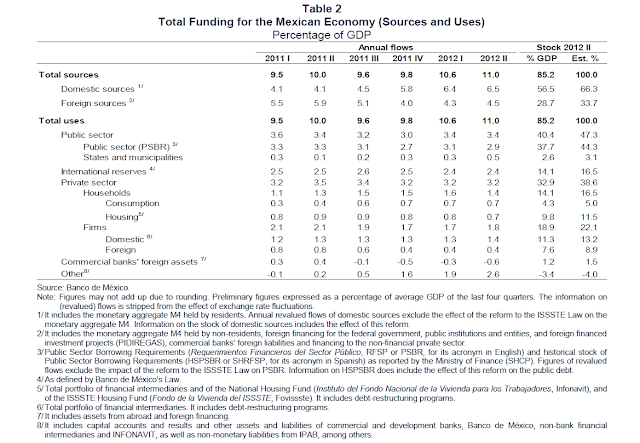 Finally, notice that the economy has adequate funding from both foreign and domestic sources.

The bottom line is that  -- despite the above mentioned problems -- the overall Mexican economy is doing very well, especially compared with the rest of the world.