Let's start the week by looking at some currency charts from the seven major reserve currencies: 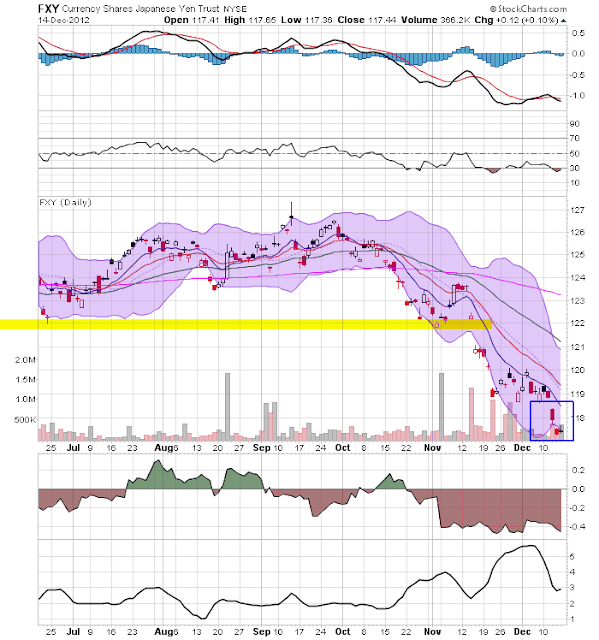 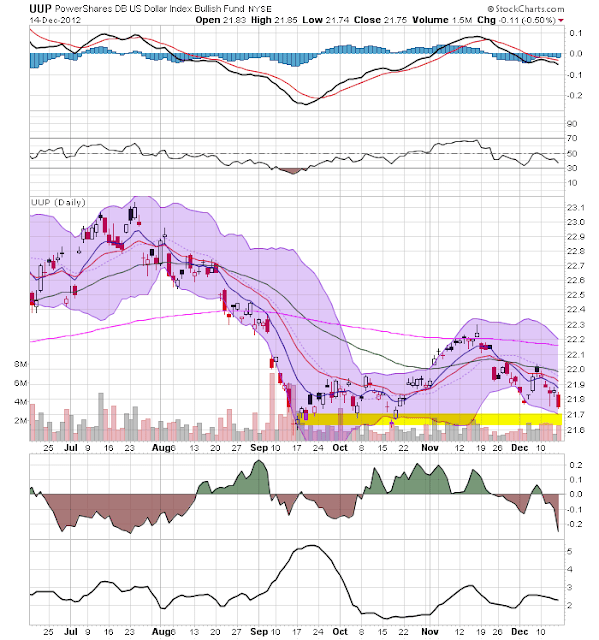 Both the yen (top chart) and the dollar (bottom chart) are weakening.  The yen is dropping because traders are assuming that with the new elections coming, the BOJ will be more strongly pressured to engage in an asset purchase program that spurs growth, hence lowering the value of the yen.  The dollar is dropping for several reasons.  First, traders are becoming more comfortable with the risk on trade, thereby moving out of "safe haven" currencies such as the dollar.  The Fed's recent decision indicates that they are becoming more comfortable with a higher rate of inflation. In contrast to the yen, the Australian dollar has been rising since early October, when it bounced off the 200 day EMA for the third time in the last six months.  Since then it's been rallying, rising above the shorter EMAs and pulling them higher.  Notice the MACD is rising, but only in a "sort-of" way; this is not a strong rally from a momentum perspective. 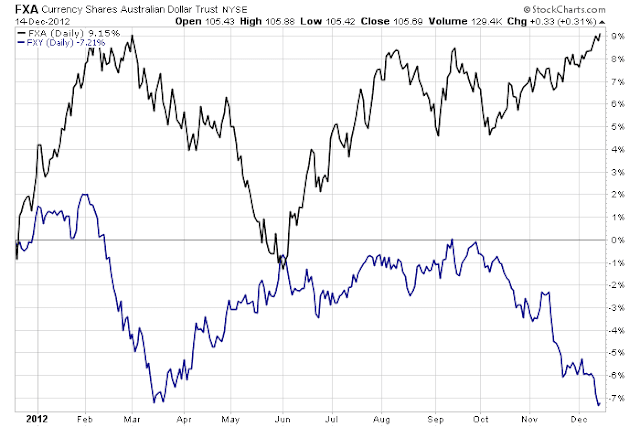 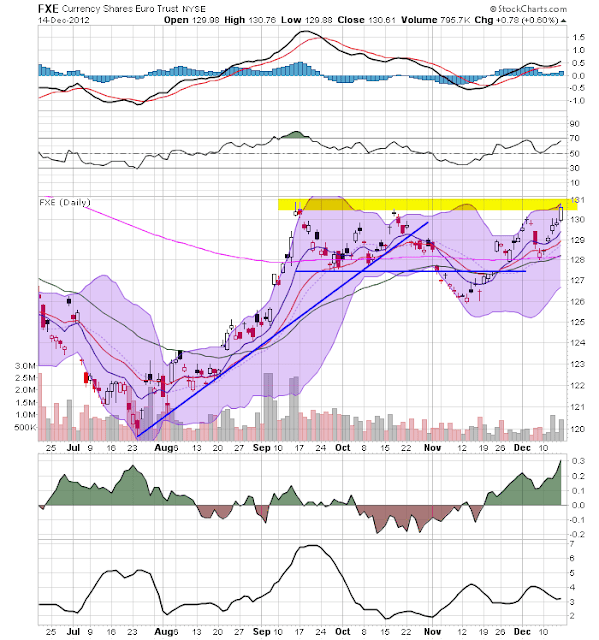 In contrast to the dollar, we see the euro has rallied and is now near a six month high.  After rallying starting at the beginning of August, the euro consolidated gains above the 200 day EMA and traded in a range between 126 and 130.5.  Now prices appear to be looking at a possible upside break-out, which is confirmed by the CMF reading.  However, the MACD is a bit weak. 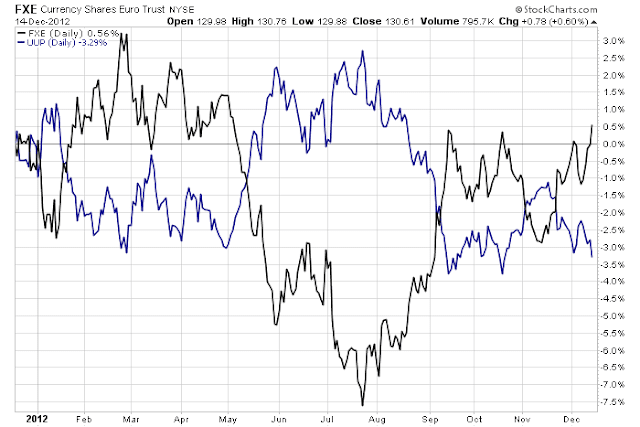 When comparing the dollar (UUP) and euro (FXE) notice the near inverted relationship; the dollar moves up, the euro moves down.  The reverse is also true.