Spoiler alert: We could already be in a recession. This is not the conventional wisdom. The common narrative goes some like talks look ugly, but in the end things will get resolved either before Jan. 1 or later in the month and the economy gets a new lease on life. See MarketWatch’s fiscal-cliff page.

According to the data, imports are now down two months in a row having fallen 8.4% in the third quarter and 2% in the prior quarter.  This is a rare event and has definitely raises the recessionary “red flag,” according to Robert Brusca, chief economist at FAO Economics. When the economy weakens, imports weaken rather quickly, Brusca notes.

The last time imports declined for two quarters was in 2009, the end of a four-quarter slide in imports during the Great Recession.
Fewer imports is a sign that domestic demand is faltering. A recession is “a real risk,” Brusca said.

I don't think we're currently in a recession, so I wanted to run the numbers on this statement.  What I found was really interesting.  Consider the following scatter plots. 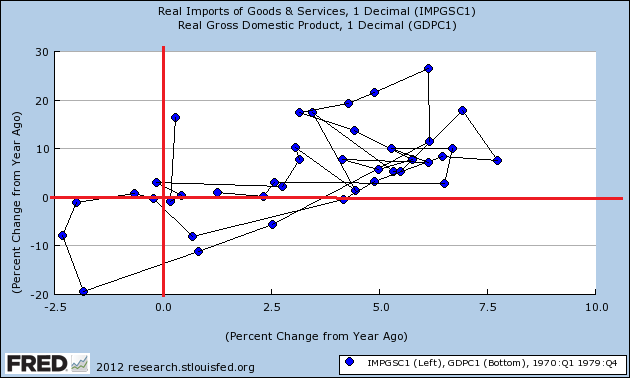 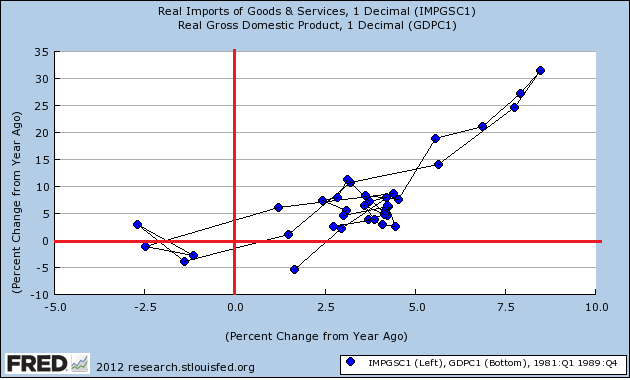 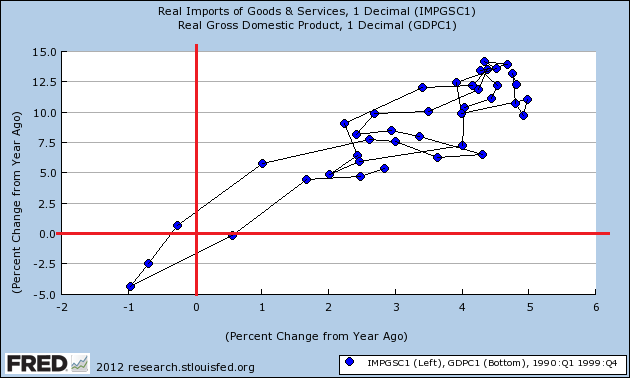 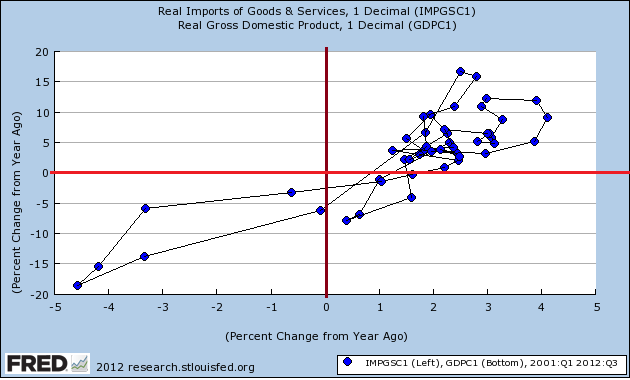 Put another way, imports are a pretty good coincident indicator.