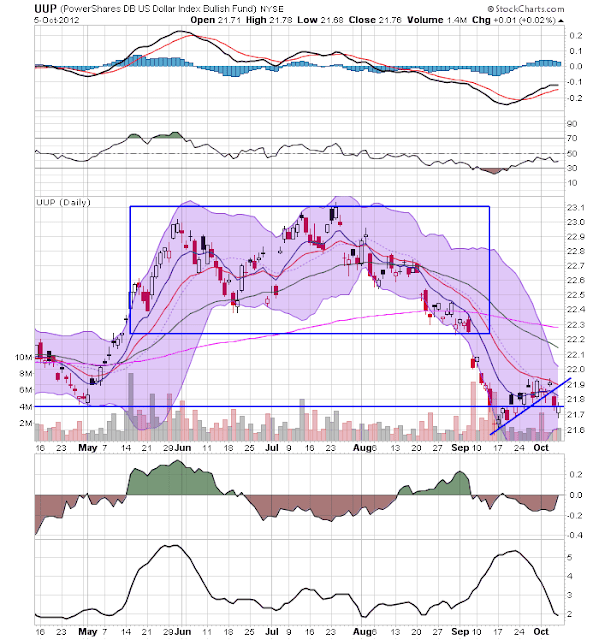 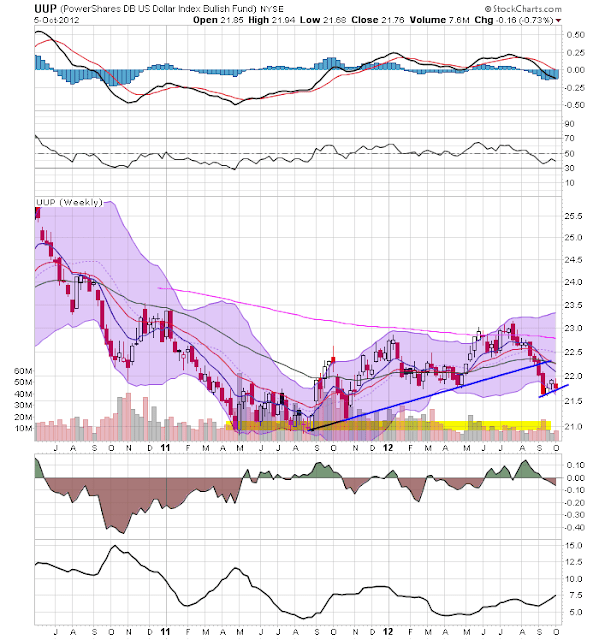 The dollar is now the worst performing asset compared to equities, bonds and commodities over the weekly, monthly, three month, six month and yearly time frames.  The above two charts place that performance into focus.  The daily chart (top chart) shows the dollar catching a bid and consolidating gains over the summer, but falling through support after the Fed announced more easing.  The weekly chart (lower chart) shows the dollar catching a safety bid as a result of the EU mess. beginning in mid-2011.  But, the bid was weak.  And when prices briefly broke through the 200 week EMA, they quickly fell back.  Overall, instead of rallying at strong levels, we see a gradual rise.  Six weeks ago, the dollar made a big move lower as a result of Fed action.

The good news in the above charts is that a weak dollar is good for US exports.  And, considering the flagging nature of the US manufacturing sector right now, this drop in the dollar should help. 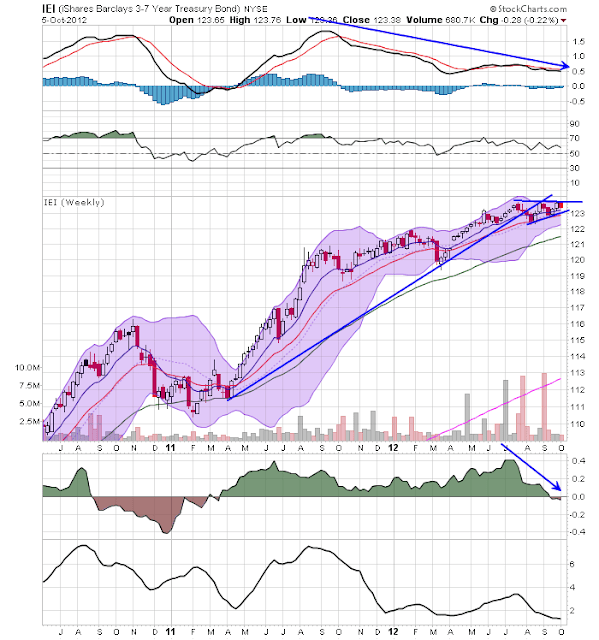 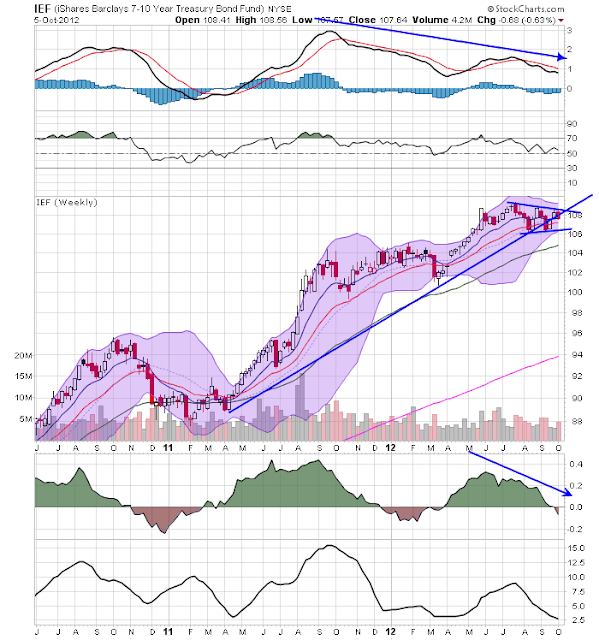 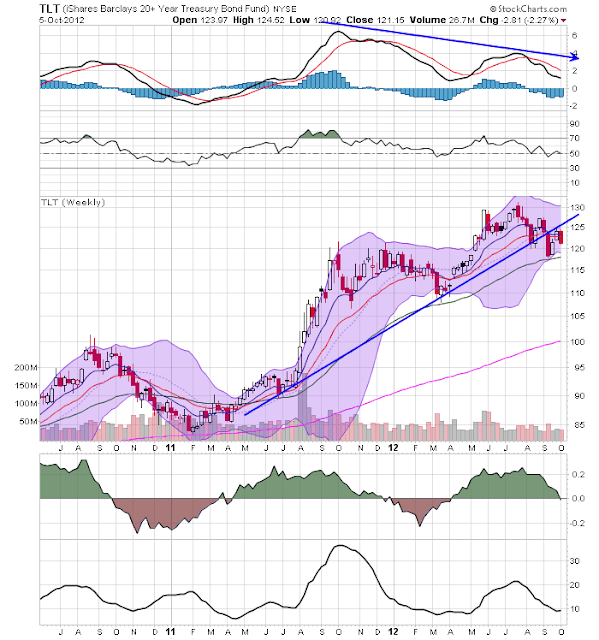 The longer parts of the US treasury market have broken trend lines established in the early to mid part of 2011 and are now consolidating in various patterns.  What's important in these charts is that the overall rally is over but we haven't seen a massive sell-off sending safety play money into the equity market.  Part of the reason for that is the easing programs of the Fed.  But that doesn't account for all of this action.  There is obviously still a concern in the market about the economy, leading to some hesitancy on the part of traders regarding the riskier parts of the market. 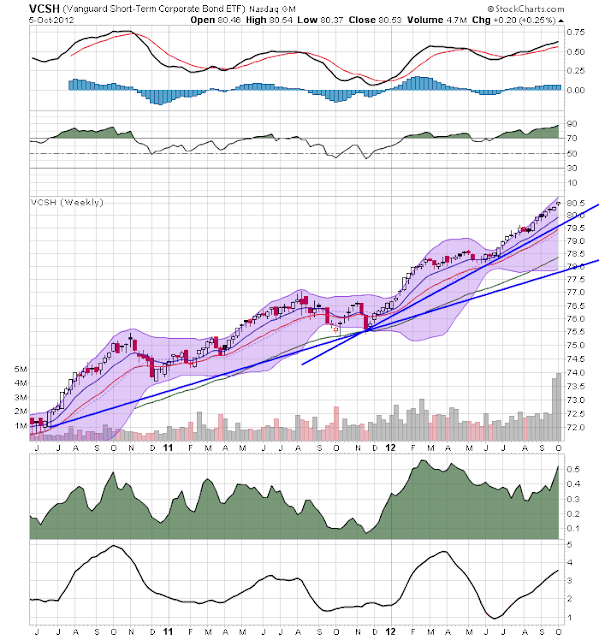 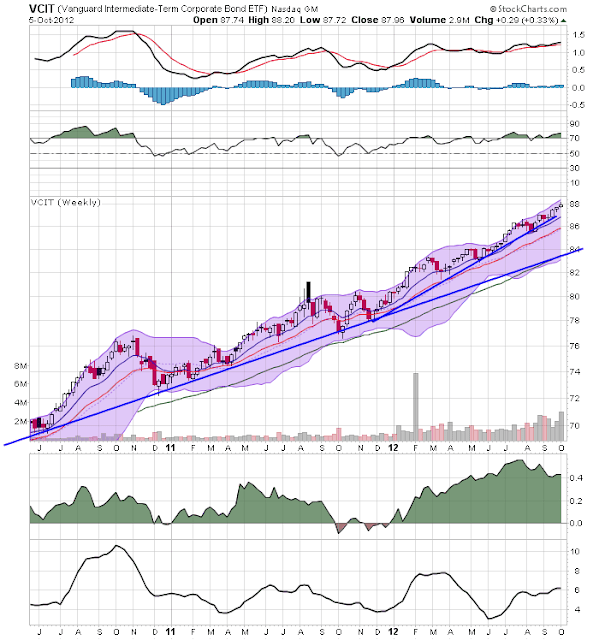 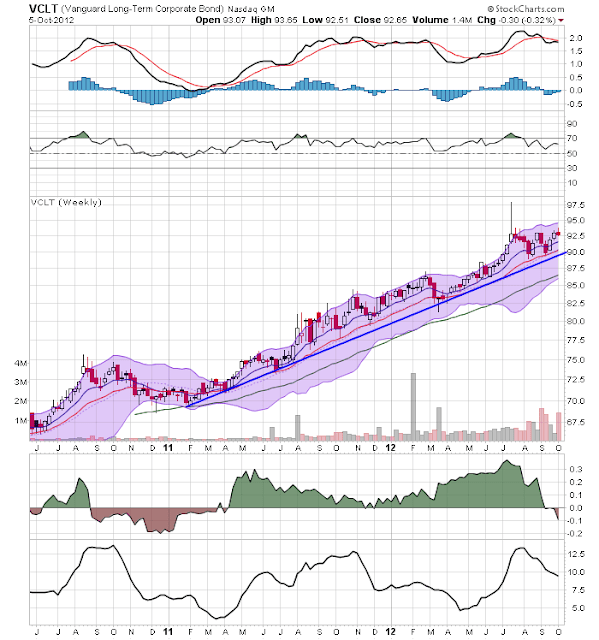 Above I've printed the short, medium and long term corporate bond ETFs.  Notice that in contrast to the treasury markets, these markets are still above long-term trend lines.  This indicates there is still a safety bid out there -- and also a group of traders who are reaching for some yield.