Debunking the "It's only part time jobs" trope

One of the tropes trotted out to disregard Friday's good unemployment report is that all of the jobs created were part time jobs. It is claimed that the economy is not creating any full time jobs. This could hardly be further from the truth.

One relationship I have been harping about for a couple of years now is the relatinship between aggregate hours worked in the economy vs. the number of jobs in the economy. It is thought that the former is a series the NBER consults to verify whether the economy is expanding or contracting. As I've pointed out many times, measured in terms of hours, the economy underwent a far more serious contraction than in terms of simply jobs lost. Since bottoming in 2009, aggregate hours worked had increased consistently more strongly than the number of jobs added to the economy, as shown in the graph below: 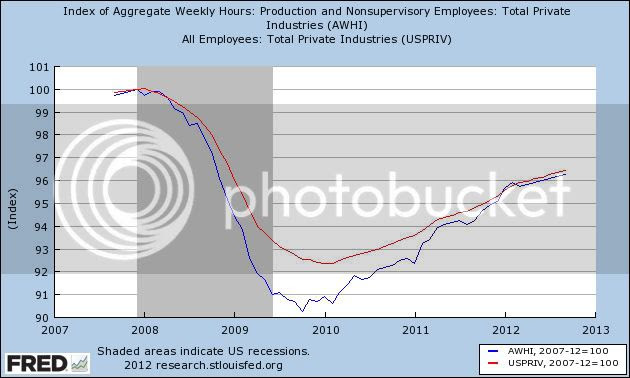 This suggests that full time workers, who had had their hours cut during the recession, had their hours increased again before their employers hired new employees. If so, then coming out of the recessin, as part time workers became full time, hours would increase faster than new jobs would open up. Finally, this year, the number of full time would be created without the interim step of part time hours, so we should see part time jobs stall out relative to full time time jobs.

And that's exactly what has happened. Below is a graph of the YoY change in part time jobs (blue) and full time jobs (red). The series are measure YoY because the data is not seasonally adjusted, so the YoY measure avoids the seasonal distortions: 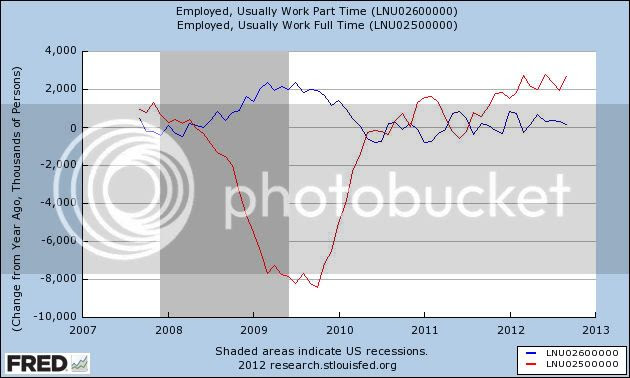 Here's the same data, but measured as the total number of part time jobs (red) and full time jobs (red), normed to zero just before the beginning of the last recession five years ago: 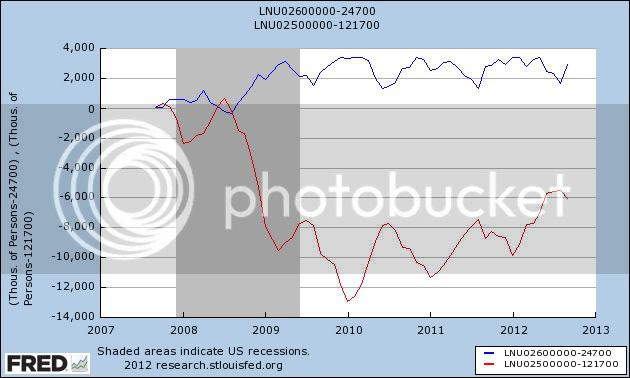 Remember that the data is not seasonally adjusted. Notice that in the longer view it's pretty clear that the recovery in full time jobs has actually accelerated. So now let's zoom in on the past year. This is the same data as directly above, but now normed to zero as of one year ago: 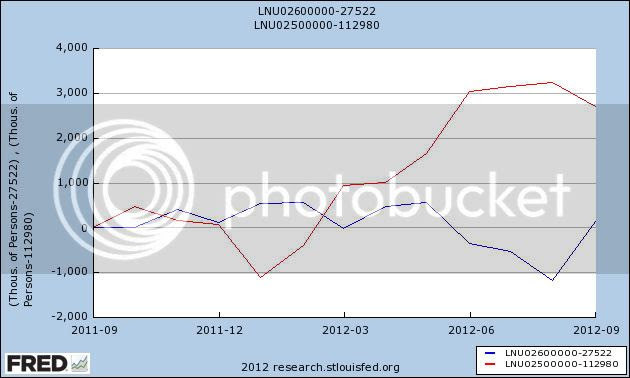