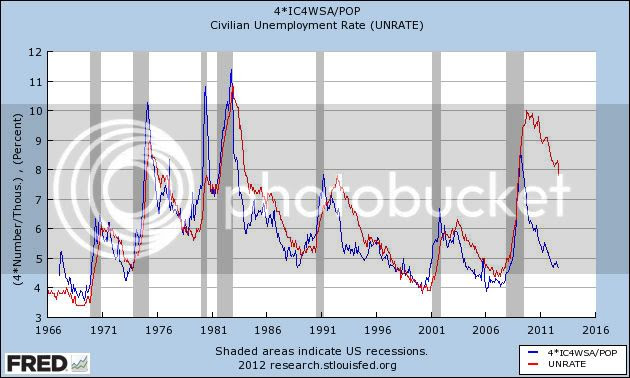 Seen in this perspective, the sharp decline in the unemployment rate over the last year is hardly surprising.

Now here's the closer view dating from mid-2009, showing how closely the two series have moved in tandem since that time: 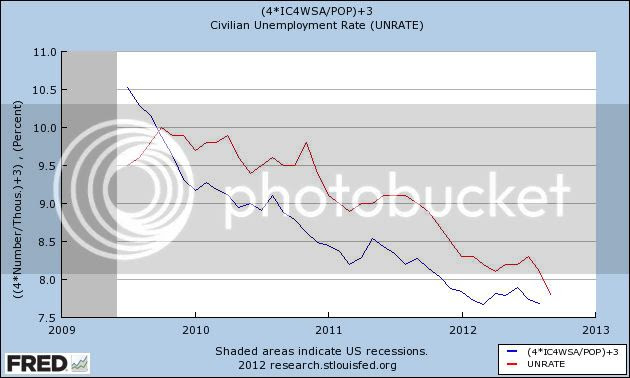 Since the population series ends in August, yesterday's suspect sharp decline in first time unemployment claims, as well as September's numbers are not shown. If, as I pointed out yesterday, there would have been a significant decline (e.g., to ~360,000) even with California's correct numbers, then population-adjusted claims will hit a new low shortly, which would be strong evidence that at very least the 7.8% unemployment rate in September is fully in line with the expected trend.
Posted by New Deal democrat at 10:00:00 AM