Initial claims and unemployment: an update

In view of the last few weeks' initial jobless claims numbers, and yet another weak jobs report last Friday, let's take another look at a few series I've noted previously.

First of all, there's been a theory that seasonality since the great recession has been distorted, causing the first quarter's numbers to be unusually good, and the second quarter's unusually bad. Here's initial claims since January 2011, showing the second quarter bump last year and again this year: 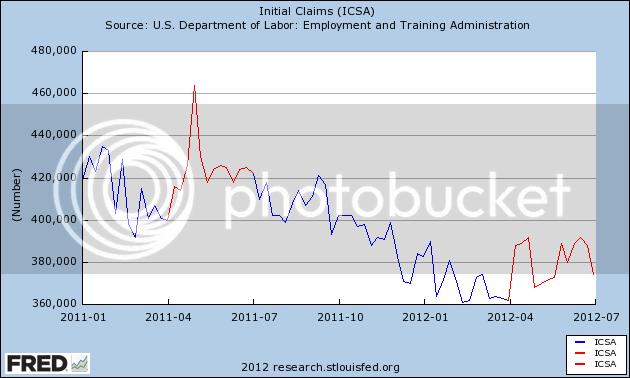 The bump this year, if anything, looks slightly less than last year's. On the other hand, beginning the second week of July, the bump ceased. That's exactly the week we are at now, so if this is just a quirk of seasonality, we should see the initial claims number stay under 380,000 starting with tomorrow's report.

This next graph looks at the same data, but pace Karl Smith, measures YoY change in the absolute number of weekly claims: 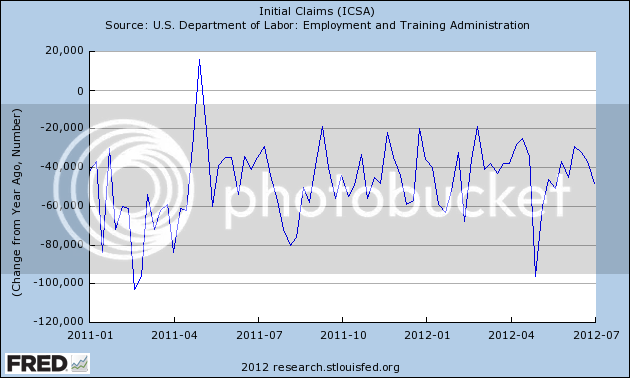 What this tells us is that the YoY trend, week by week, is intact. In other words, so far, so good. 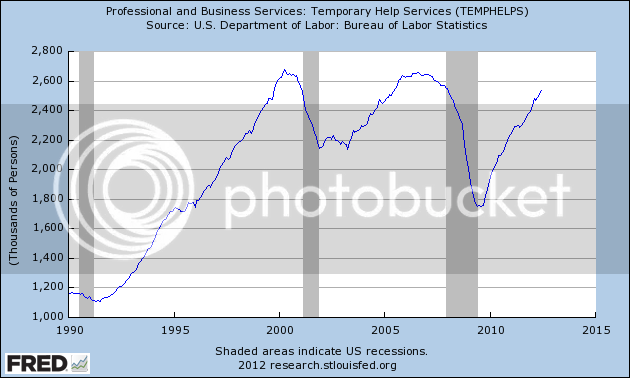 Once again, the upward trend is intact.

Next. let's look at the JOLTS hiring index. You may recall that I suggested this may be a good leading indicator, under the theory that hiring leads firing, although the data sample is small: 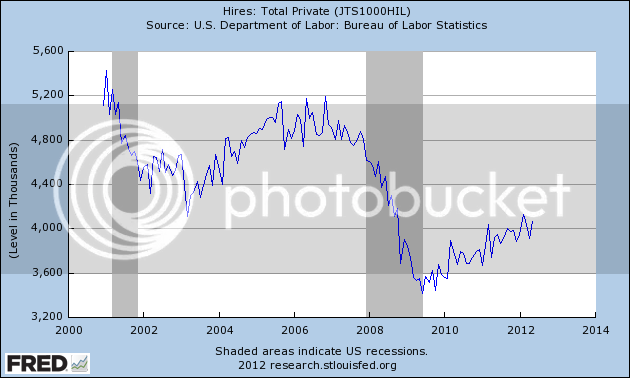 Again, the upward trend is intact.

Finally, under the same theory that hiring leads firing, Prof. Geoffrey Moore, the founder of ECRI, considered unemployment of zero to 5 weeks a longer leading indicator than initial jobless claims. Here the picture isn't good at all: 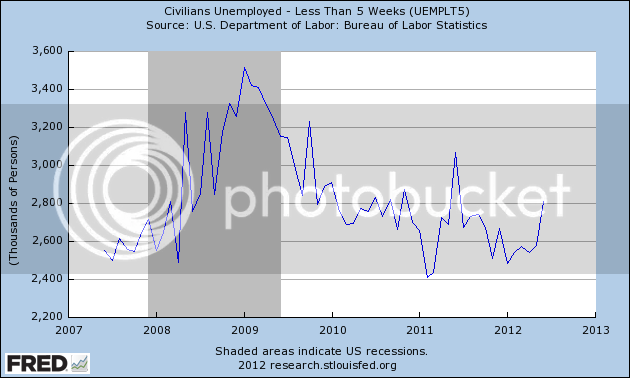 This number has risen more than 300,000 above its recovery lows. In the past, that has been consistent with, although not necessarily a prelude to, a new recession.

In summary, most of the indicators look positive, although we certainly want to start to see continued improvement in the initial claims numbers.
Posted by New Deal democrat at 10:00:00 AM