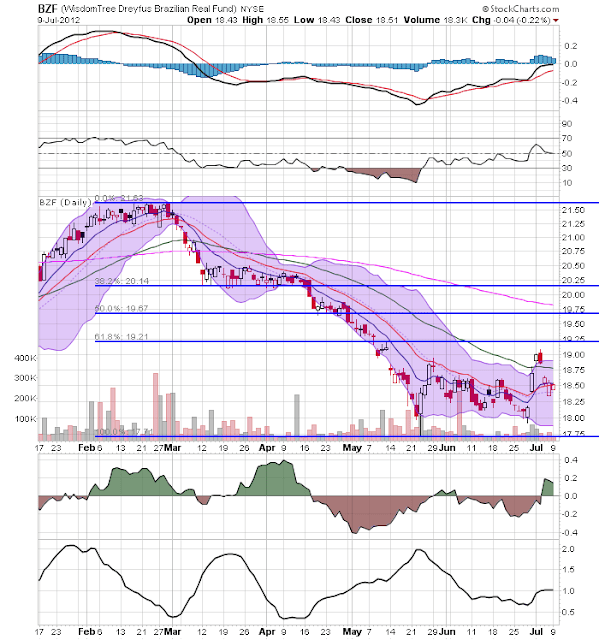 The Brazilian real moved from about 21.50 to 17.75 from March to mid-May -- a drop of about 17.5%.  Since than, prices have been moving sideways.  Momentum is increasing, but is still negative, and the CMF just went negative.  The low BB width reading tells us there isn't much volatility, either.  Given the deteriorating economic situation in Brazil, it's doubtful we'll see a strong rally anytime soon. 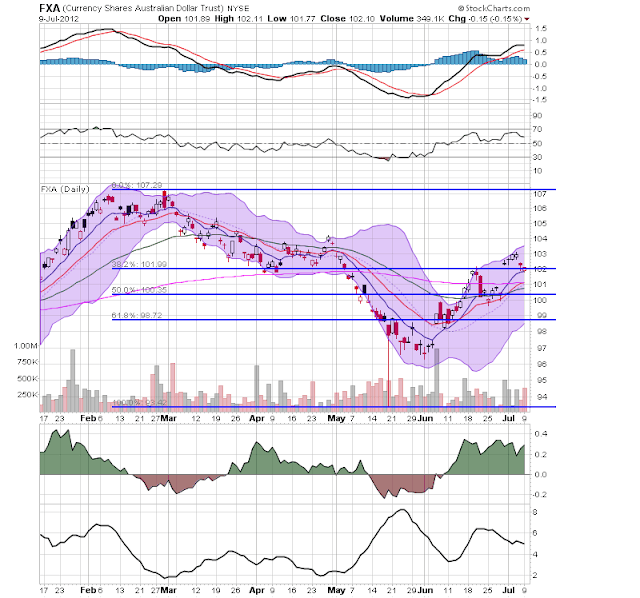 The Australian dollar has increased from about 96.5 to about 102 -- a rise of about 5.7%.  Momentum and volume are both positive as are the EMA readings.  While Australia is slowing, it's still in better shape than most other economies, making the Australian dollar that much more attractive. 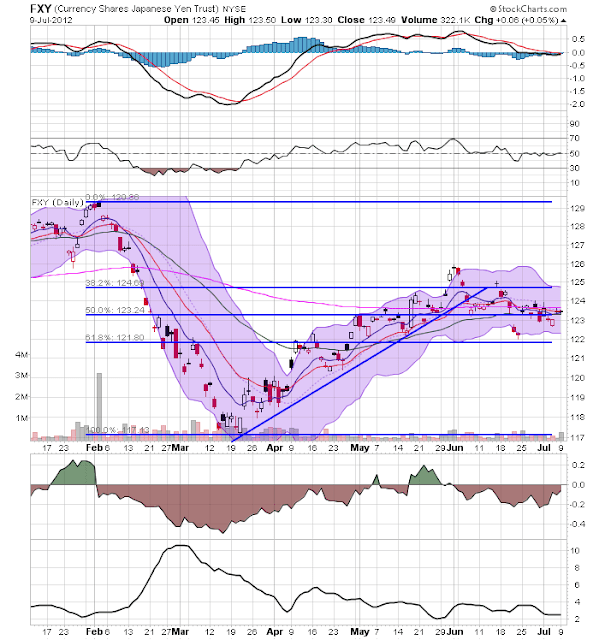 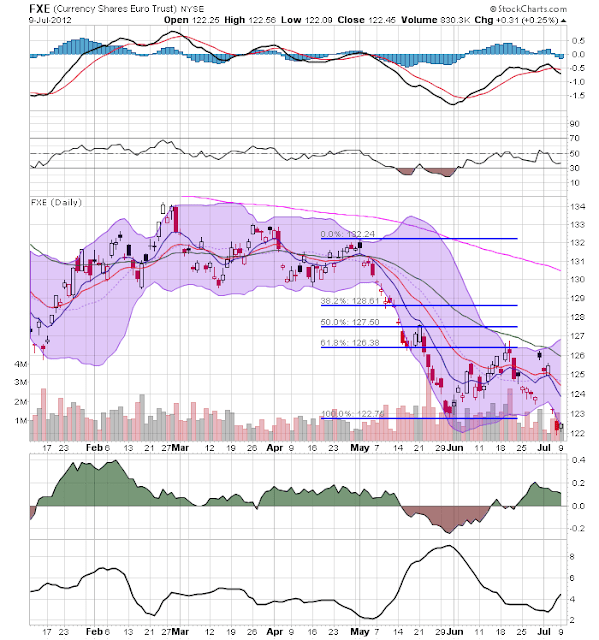 The euro is still in a bearish situation.  After dropping in May, prices have been trading in a more or less sideways pattern.  However, the overall EMA picture is still very negative, with all the shorter EMAs moving lower and prices far below the 200 day EMA.  While the MACD is rising, it's still in negative territory.  However, we are seeing some money flow in.  This chart tells us that traders are still deeply concerned about the overall EU situation. 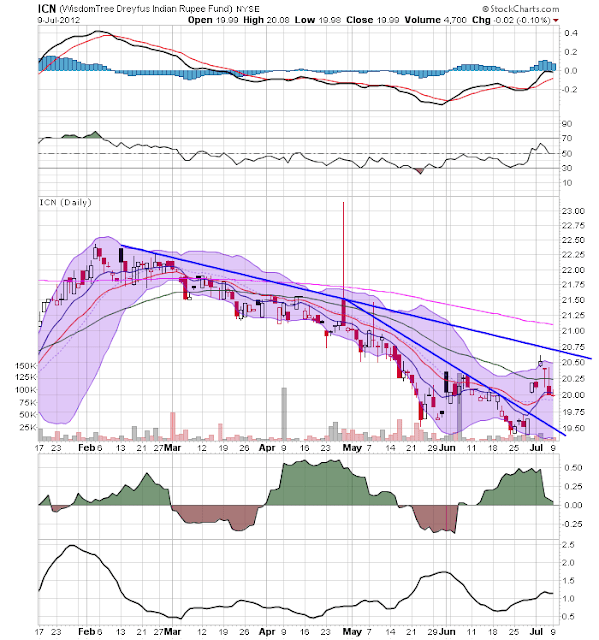 The Rupees overall position is similar to that of the real; after dropping from mid-February to June, prices have attempted to stabilize.  The shorter EMAs (10 and 20( are now in neutral territory, although the longer EMAs are still bearish.