Household Deleveraging In Pictures; Or This Is Why Debt Deflation Recoveries Suck

A few weeks ago, the Federal Reserve issued the Flow of Funds report.  This is a great document, as it comprehensively looks at the US economy and the "flow of funds" between business, individuals and the financial markets.  There are two charts that really highlight the effect of this recession and household deleveraging: 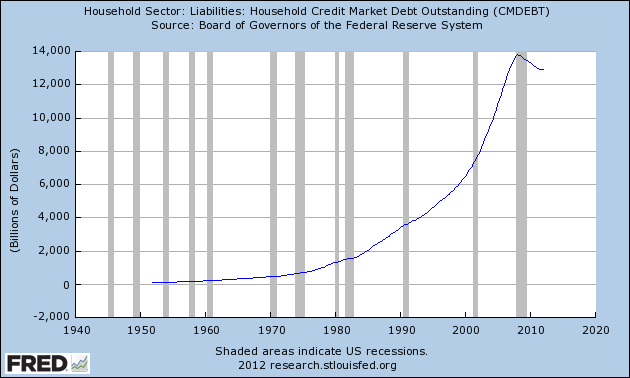 First, in the nearly 60 years history of this data series, we have never seen households de-leverage like they are now.  That tells us about how different this current situation is relative to all other times. 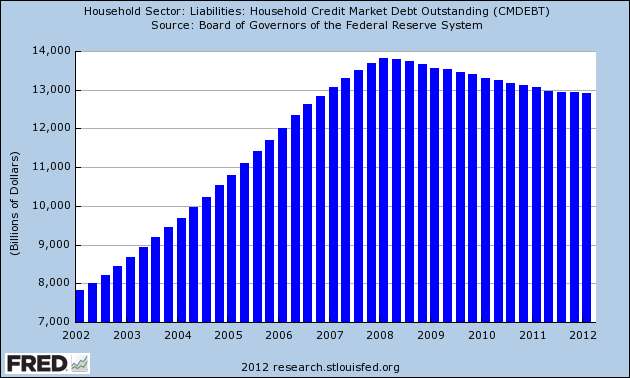 Think about this from an economic perspective.  $900 billion dollars -- that could have gone to spending -- went to paying down debt (either in the form of actually paying the debt down or letting it be extinguished through legal means). Think of the multiplier that would have on the economy had it occurred -- we certainly would have had stronger growth without it.