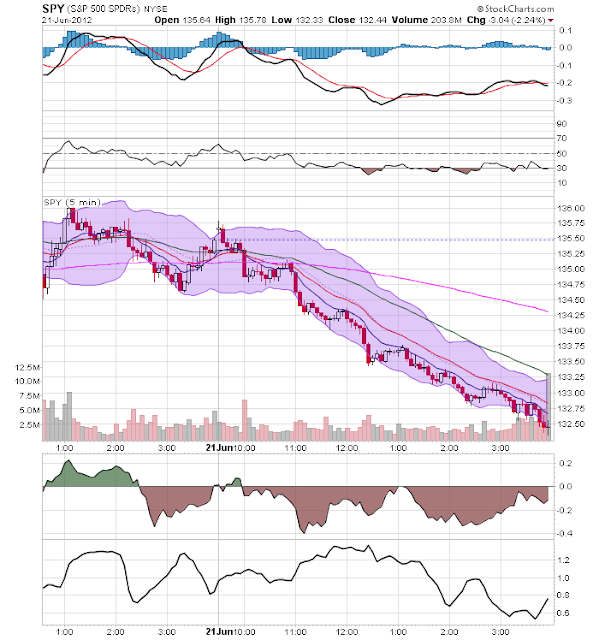 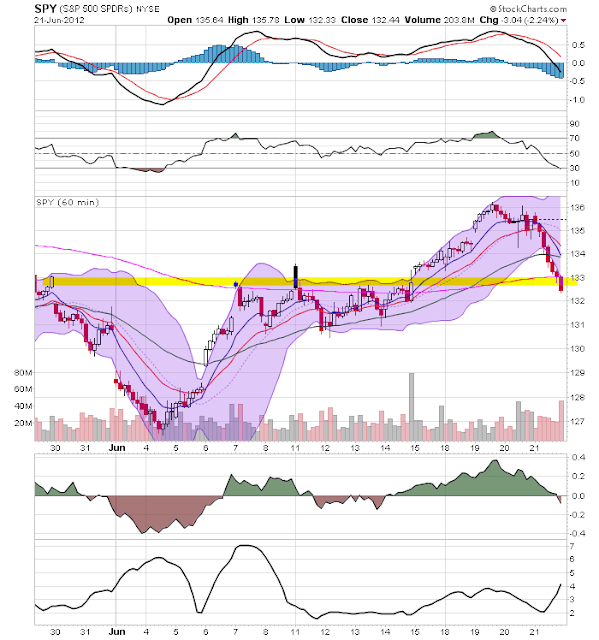 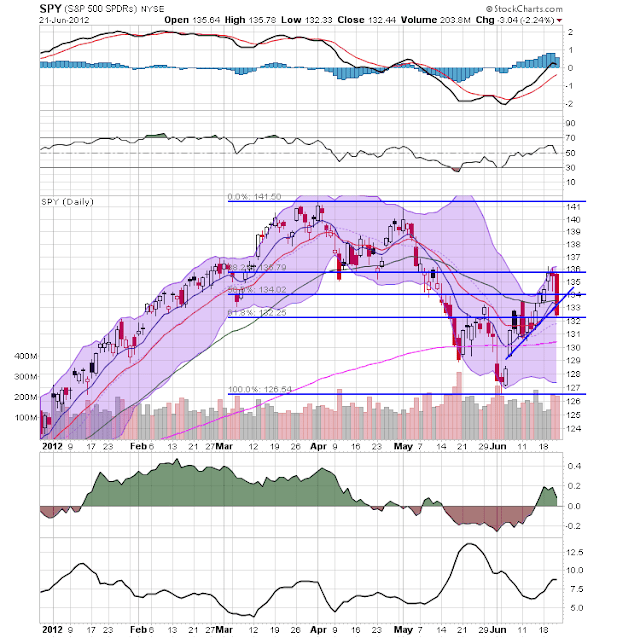 The charts show yesterday's sell-off in several time frames.  First, the top chart (a 5 minute chart) shows prices moving lower continually throughout the day.  The second chart (a 60 minute chart) shows that prices are now at support in the 133 area.  The third chart shows that prices have broken an upward sloping trend line and are now at the 61.8% level from the April - June sell-off.  A move through this level will make the 200 day EMA the next logical target.

While the magnitude of the sell-off is concerning (it was the second worst daily performance of the year), note the underlying technicals are still in decent shape.  However, also note the negative tenor of yesterday's data is what led to the sell-off. 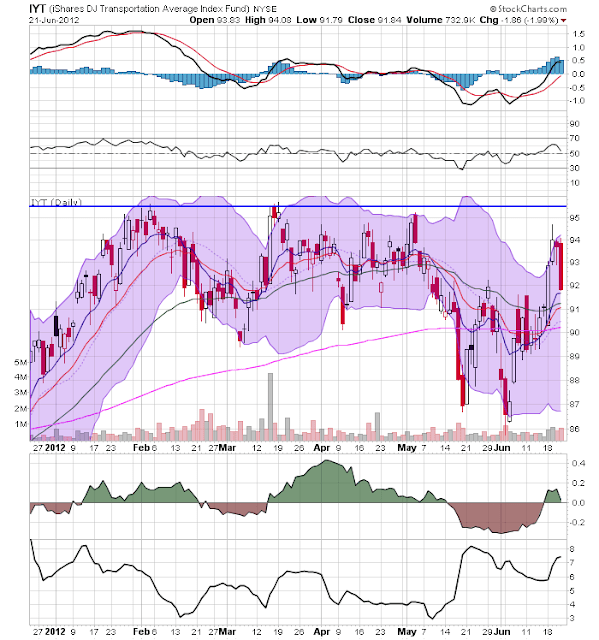 The transports also sold-off.  However, notice that prices here are above the 200 day EMA, and were in the process of rallying to heights from previous rallies. 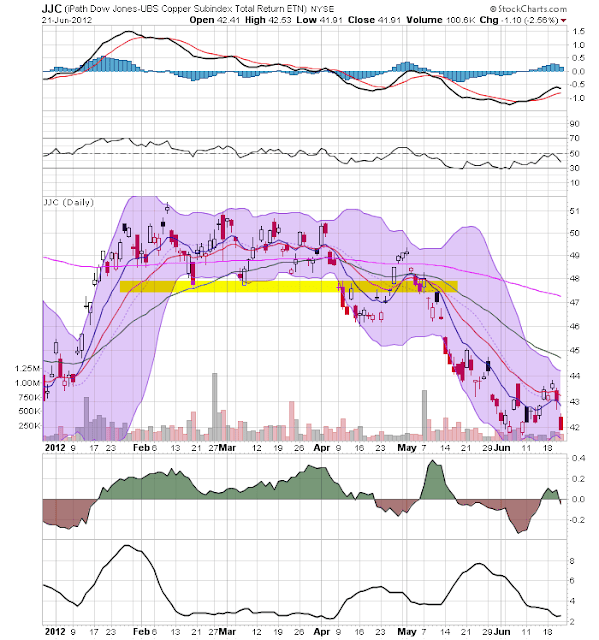 The copper ETF still has a negative bias.  Prices are consolidating between 42 and 44 and are near a 6 month low.  While momentum is increasing, it's still negative.  The shorter EMAs (10 and 20 day EMAs) are trying to level out.