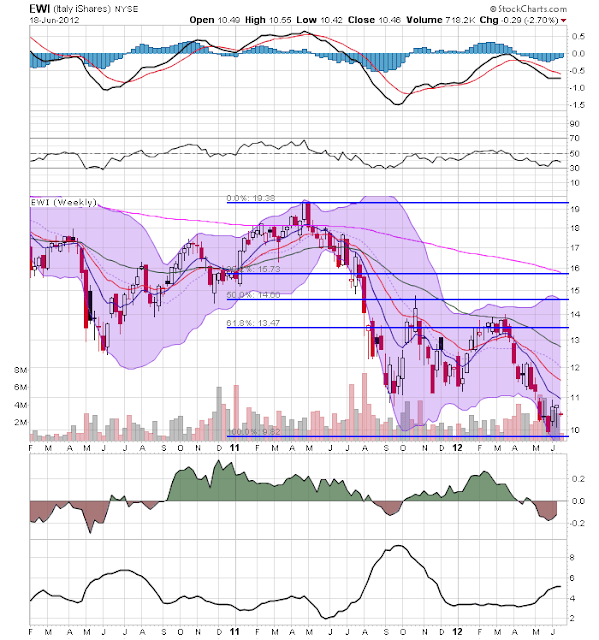 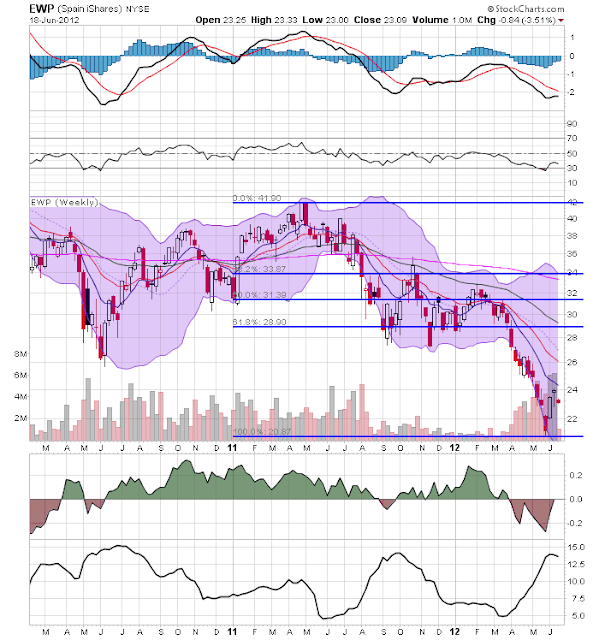 The Italian and Spanish weekly charts are nearly identical in their interpretation.  The price chart itself is very weak with prices below all the EMAs and all the EMAs moving lower.  Each chart has tried to rally over the last few weeks, only to fall short below the EMA.  Volatility is increasing (although it is higher for the Spanish market), momentum is negative, and volume flow is negative.  The only good sign is the volume spike on the Spanish chart may signal selling exhaustion.  Since late Spring 2011 (a little over a year ago), the Italian market has fallen by about 44% and the Spanish has fallen by 45%.  That's solidly in bear market territory. 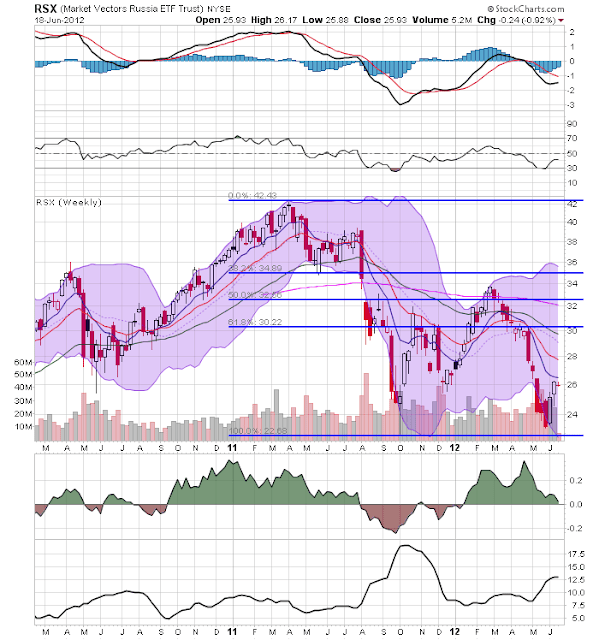 With the weekly Russian cahrt, I can merely add, "ditto."  At least the drop is less -- only coming in at 38%, 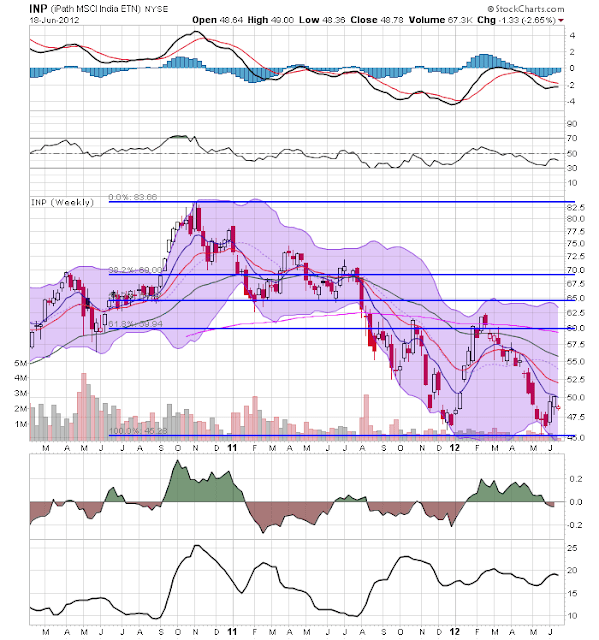 The Indian market has been dropping for a bit longer -- since the end of 2010.  However, we see an overall price drop of 39.4% over the last year and a half. 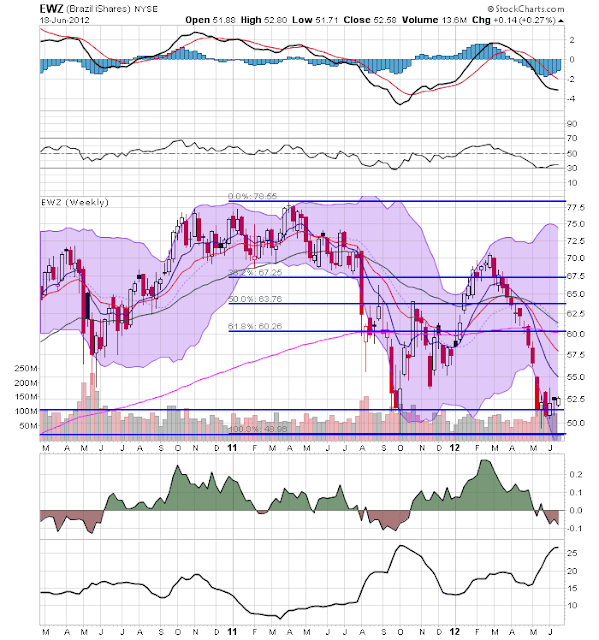 And the Brazilian market is down about 32% since the beginning of 2011.