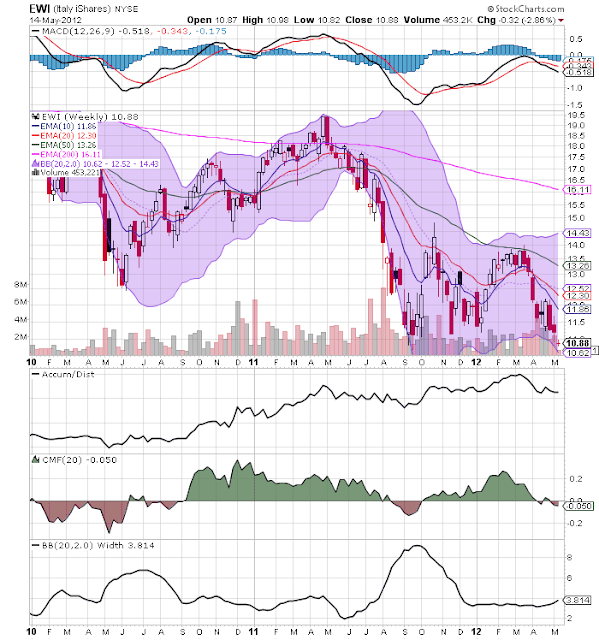 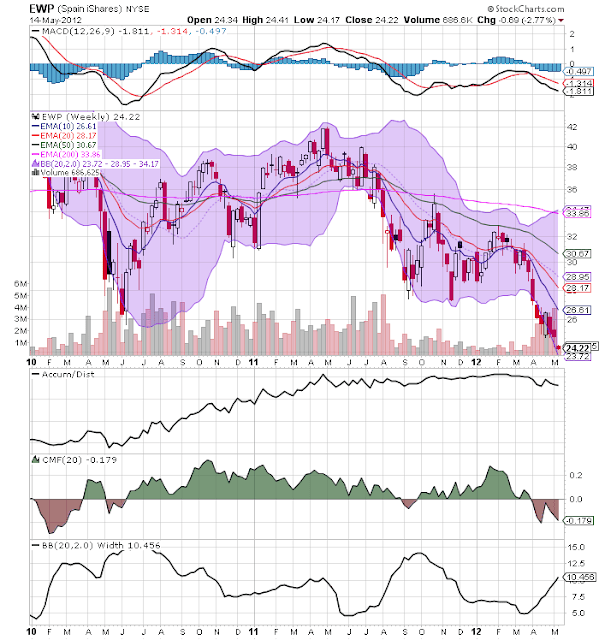 The weekly charts for both Italy and Spain are incredibly weak.  Italy (the top chart) shows two rally attempts after last falls drop, but of which failed.  The second ran into resistance at the 50 week EMA.  Now the MACD is in negative territory and decreasing and the EMA picture is extremely bearish.

Spain is at multi-year lows with a declining MACD and EMA picture (which is also bearishly aligned).  Also note the increase in the Bollinger Band width, indicating that volatility is picking up. 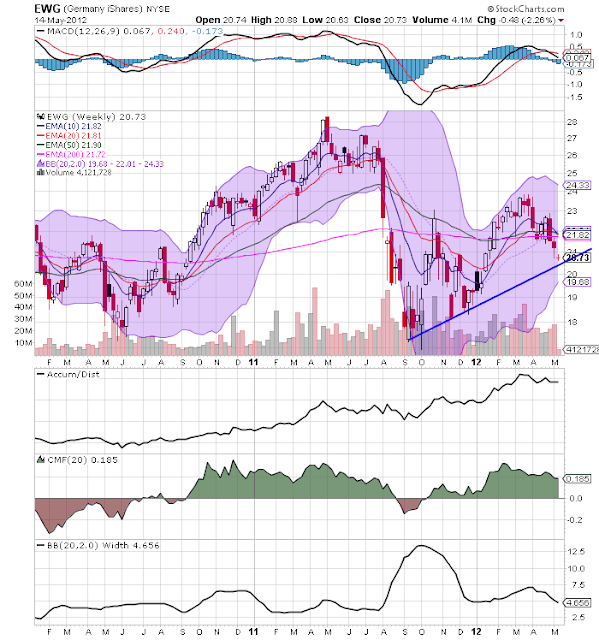 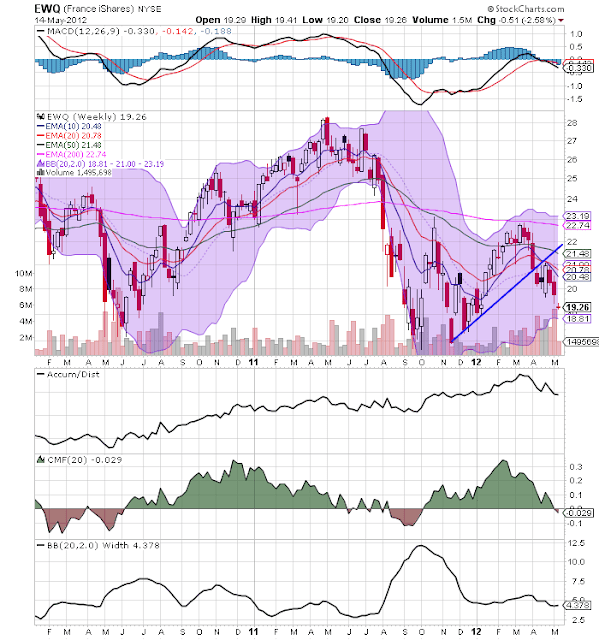 While not as weak as the Italian and Spanish markets, Germany and France are weakening.  The German market is approaching support started last fall.  Prices are also right at the 200 day EMA; a move lower would be a bearish signal.  The French market has broken a shorter trend line started at the end of last year.  In addition, prices rallied but hit resistance at the 200 day EMA. 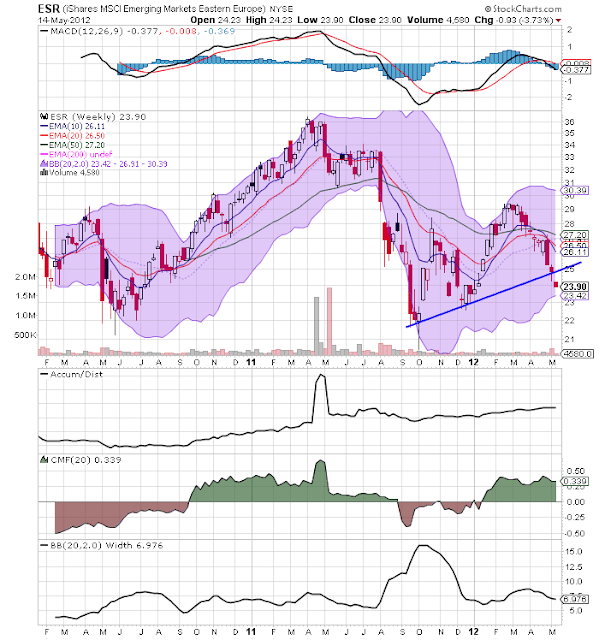 The emerging market ETF has also broken the trend line established at the end of last year.  Prices are now below the EMAs and the MACD is moving lower and has given a sell signal.

The bottom line is clear: the EU markets are all moving lower.  Some (Italy and Spain) are at or near multi-year lows.  This weakness is bleeding through to other markets.