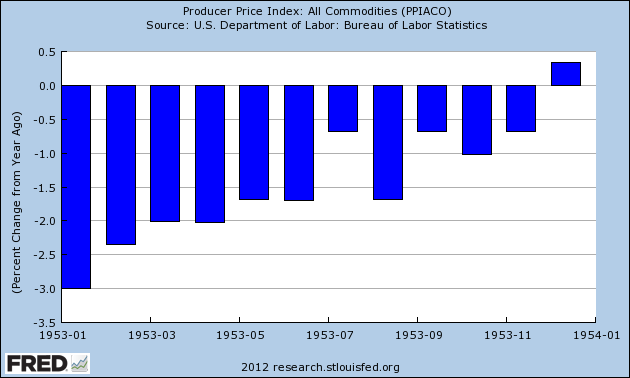 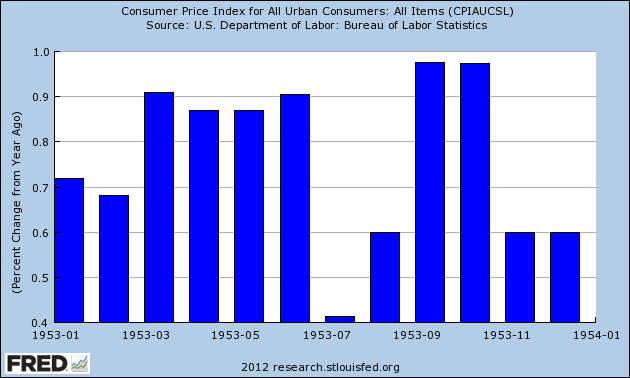 The top chart is the YOU percentage change in PPI, which indicates prices were declining at the raw material level, although they again returned to a positive YOY comparison in December.  In addition, the YOY percentage change in CPI was also at very low levels, indicating price pressures were weak. 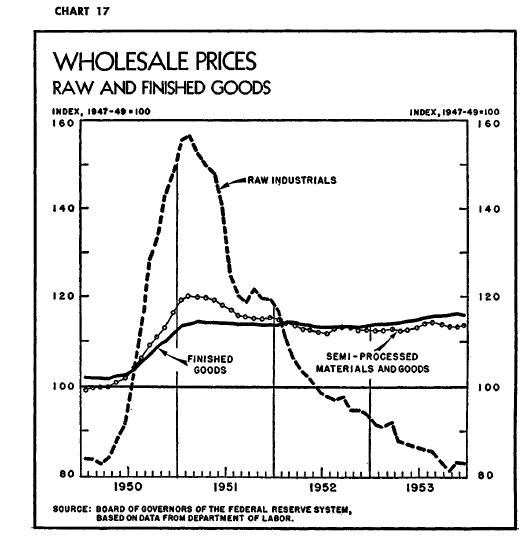 The above chart -- from the 1954 Economic Report to the President -- shows that raw material prices were on a downward trajectory for the better part of two years.  However, semi-processed and finished goods prices remained more or less constant. 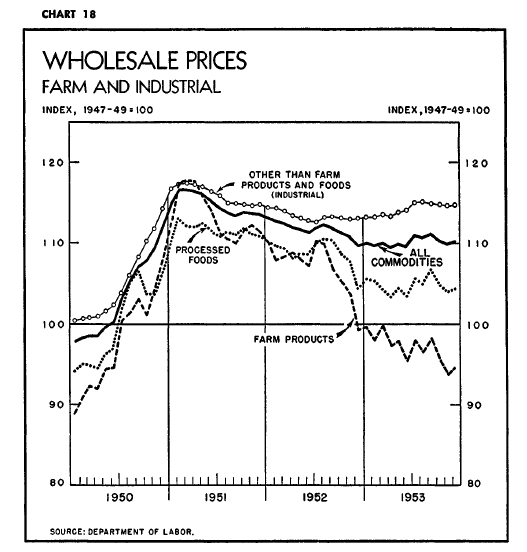 The above chart -- also from the 1954 ERP -- shows that farm prices were a primary reason for the decline in producer prices (see especially the top line of the chart). 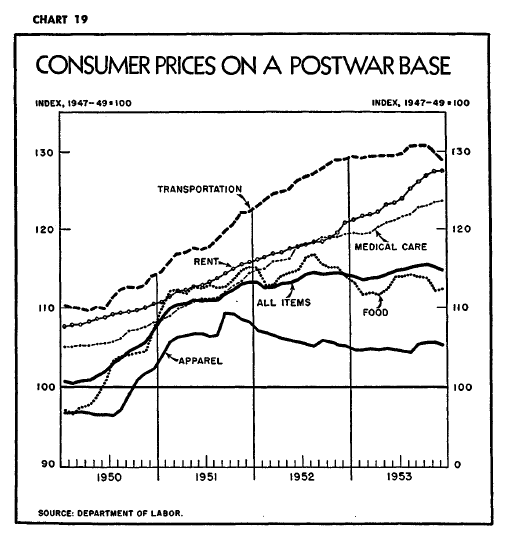 The above chart of CPI shows that three areas of CPI -- rent, medical care and transportation -- were  rising in cost, which the report explained thusly:

The chart referred to above is below: 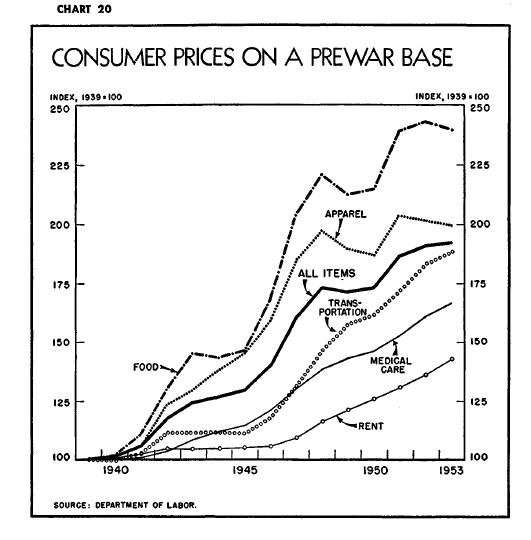 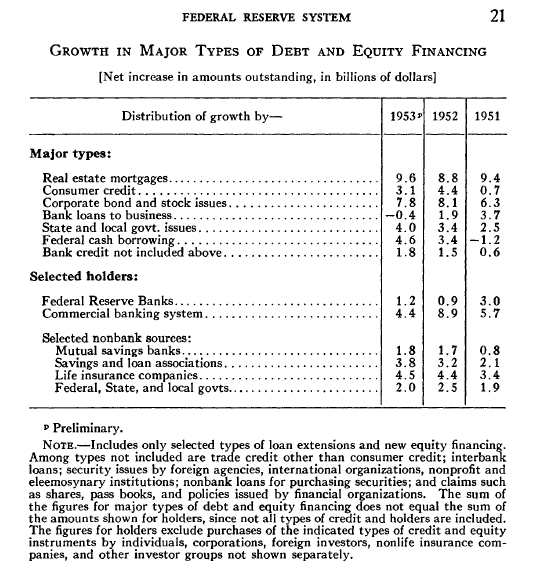 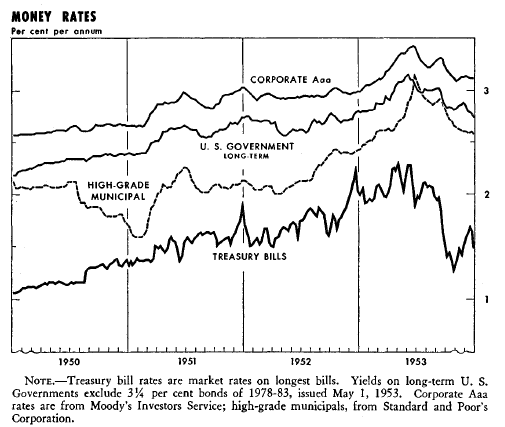 The top chart shows that residential mortgages continued advancing at strong rates, while corporations issued debt rather than borrow funds.  Interest rates rose for the first half of the year in as loan demand picked-up, but fell in the later part of the year as loan demand slackened and the economy weakened.