The recession that started mid-year was (obviously) a very negative development for employment. 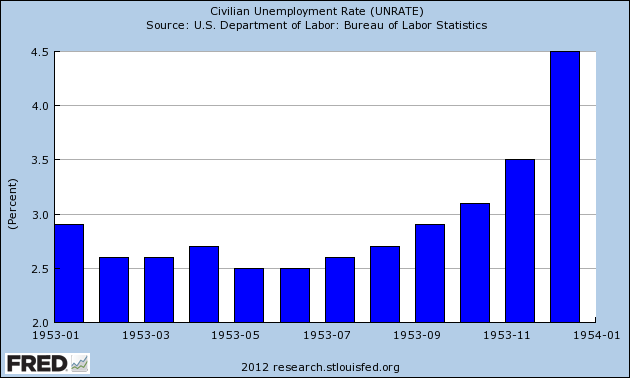 However, the unemployment rate didn't start moving higher until the fourth quarter, with a big spike in both November and December. 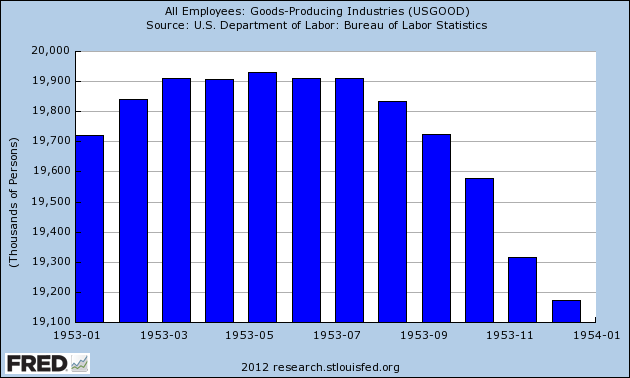 The big reason for the drop is the huge cratering of goods-producing jobs, which declined by more than 700,000 over the course of the year. 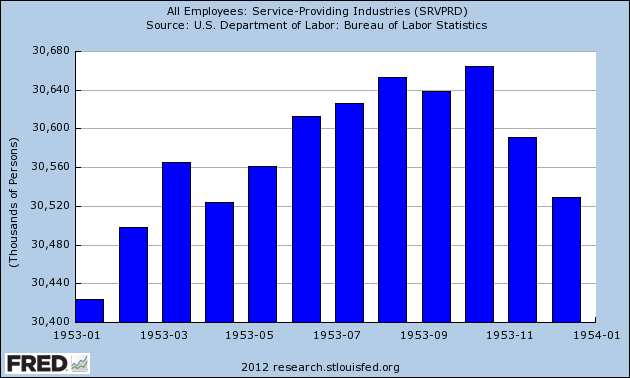 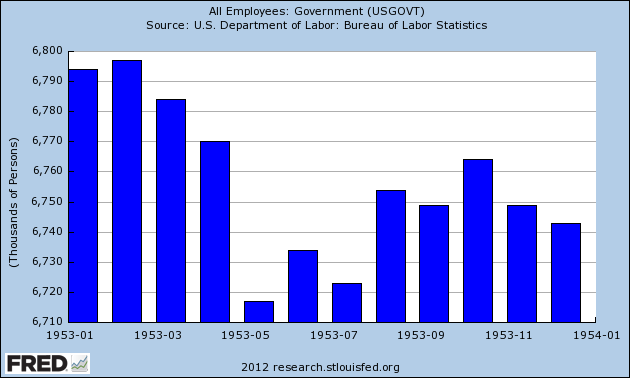 And overall, we see a drop in government employment, largely as a result of the drop in defense spending related to the Korean war cease-fire.

As a result of the weakening employment picture, real DPI took a hit. 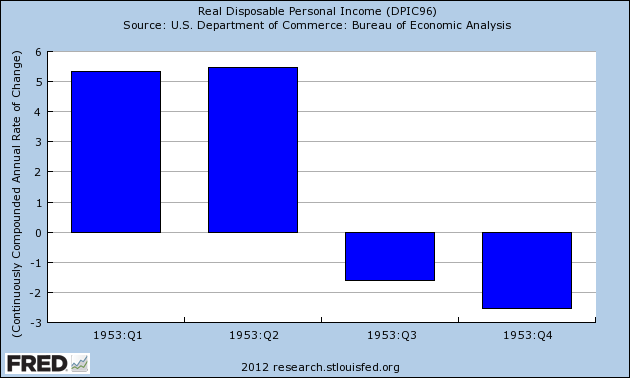 On a continuously compounded annual rate of change basis, real DPI contracted in the third and fourth quarter of 1953 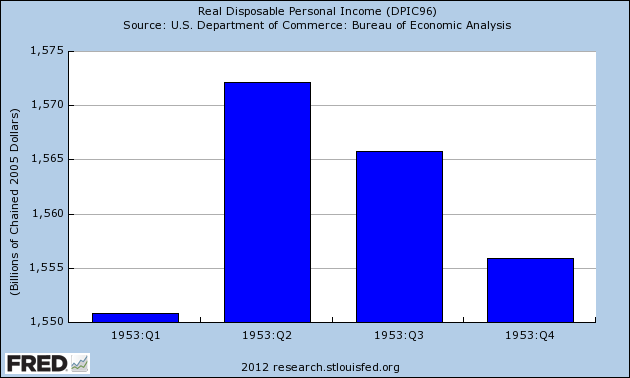 Which we all see in absolute values above.

Below are the graphs from the Economic Report to the President 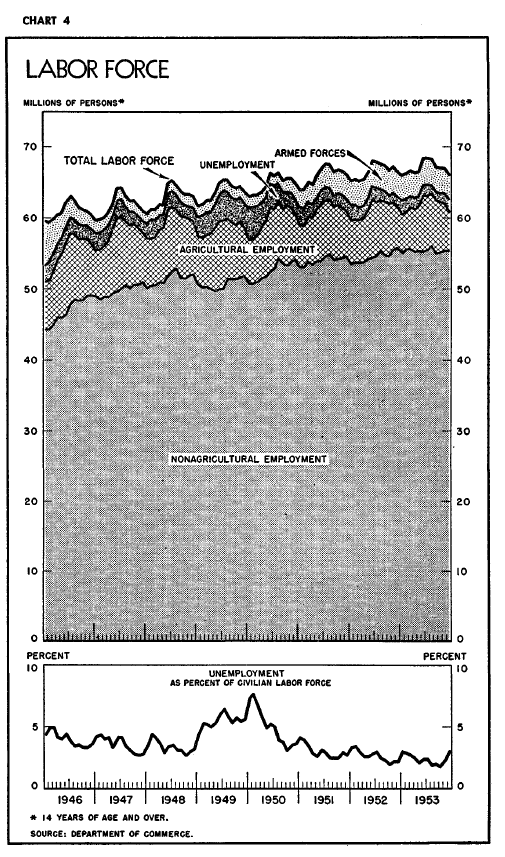 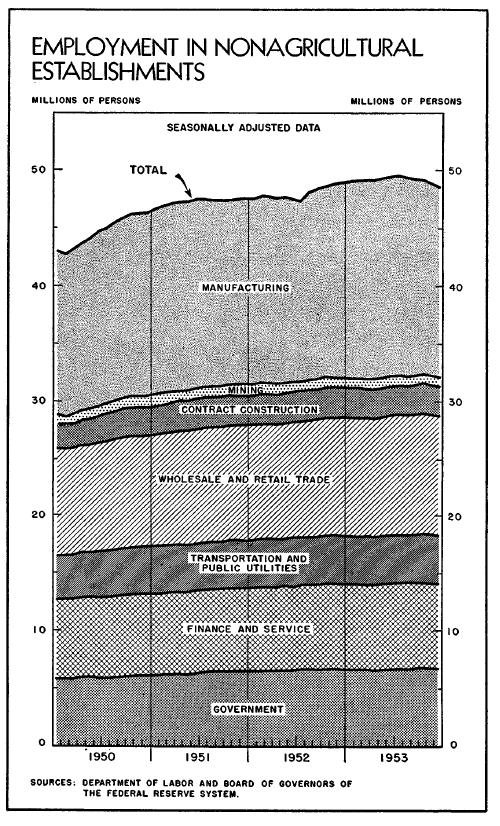 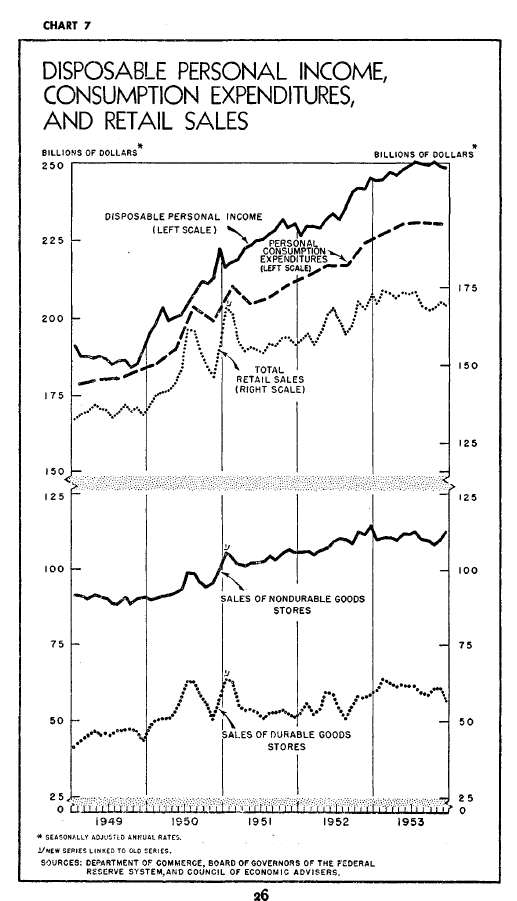