I'm not the only person who has been concerned with the inter-market market situation.  Corey over at Afraid to Trade has noted that the stock, oil and treasury markets are rallying, which is a situation that can't hold forever.

On that note, one of my concerns has been the rallying treasury market.  However, that situation may be changing: 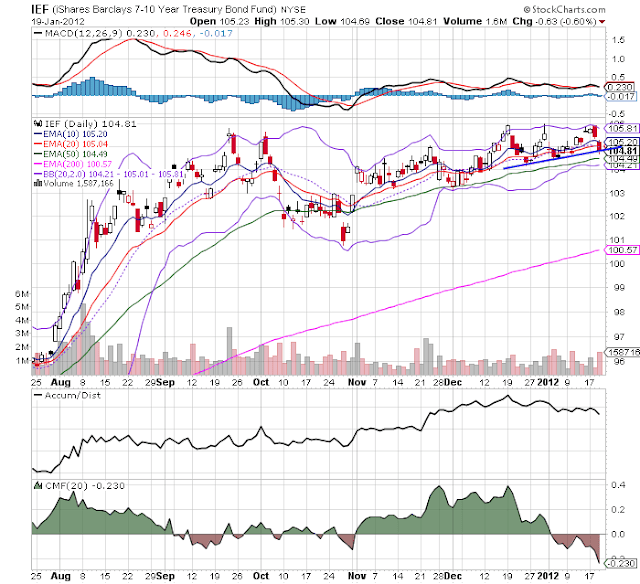 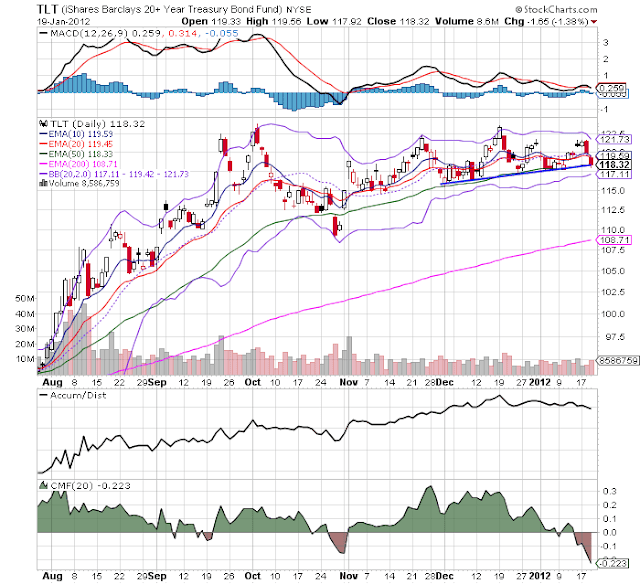 Both the IEFs and TLTs are right at short-term support.  The technicals for both are weakening.  The respective CMF's are negative and the MACD was very weak for the rally.  In fact, note the MACD for both for the last six months; it peaked over 5 months ago and has been moving more or less sideways since. 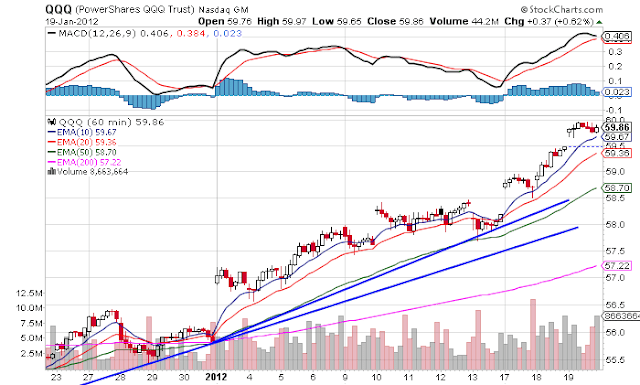 The 60 minute QQQ chart is great.  It's in a clear uptrend.  Over the last three days we've seen a gap higher, rally and further gap higher today. 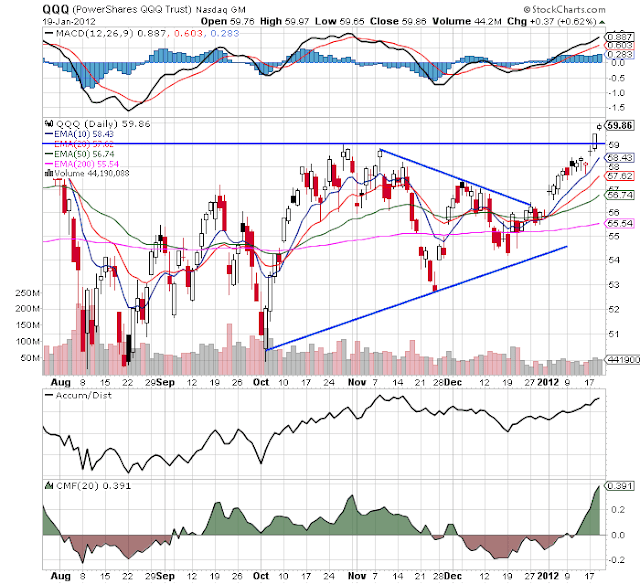 The daily chart of the QQQs shows an increasing volume inflow (rising A/D and CMF) and increasing MACD.  Prices are not through six month resistance levels. 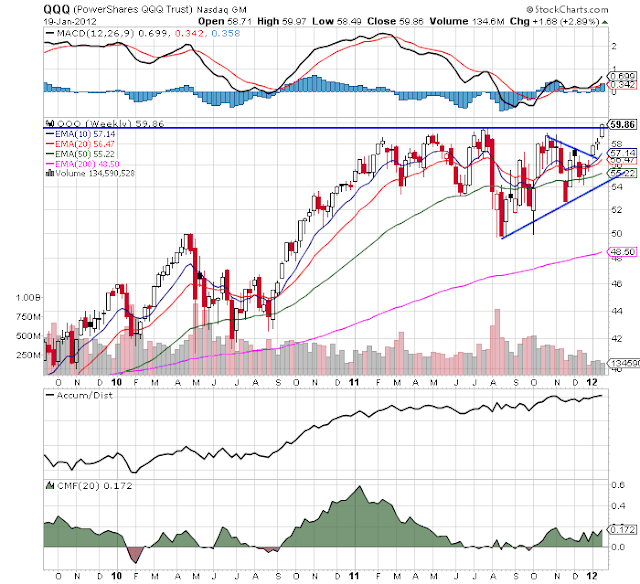 On the weekly chart, we see prices break through resistance, printing a strong candle. 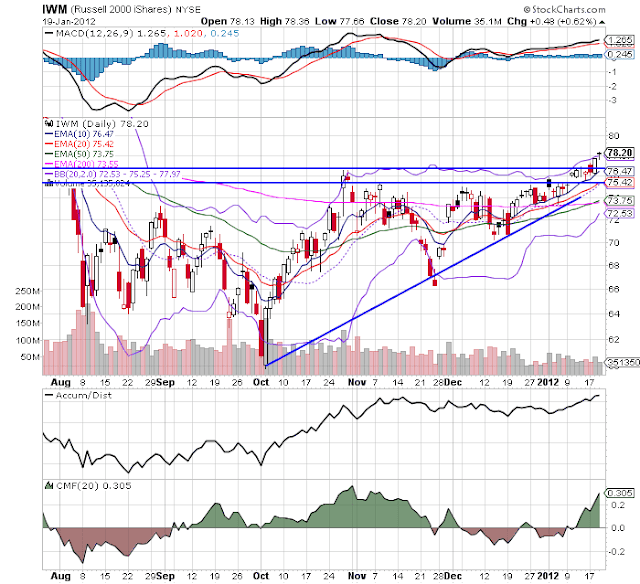 The IWMs have moved through resistance.  They printed a strong bar day before yesterday, but printed spinning top outside of the upper Bollinger Band, which is usually a sign of an upcoming reversal.  However, we're seeing a rising CMF, A/D and MACD. 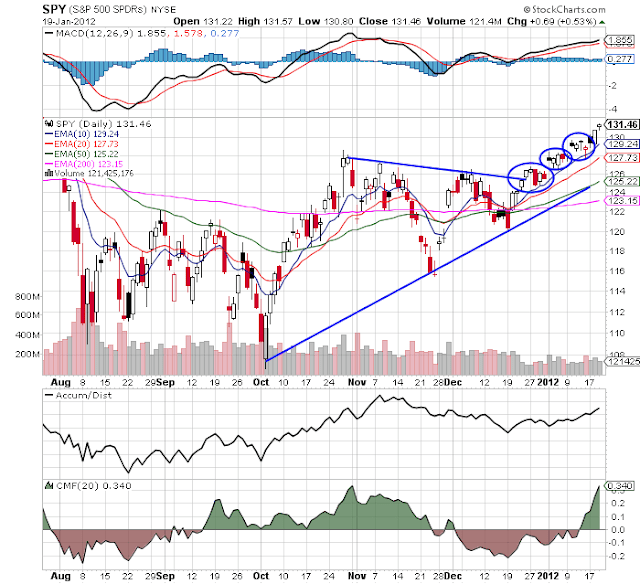 The SPYs are still in an uptrend, with a strongly positive CMF and rising A/D.  Also note theh rising MACD. 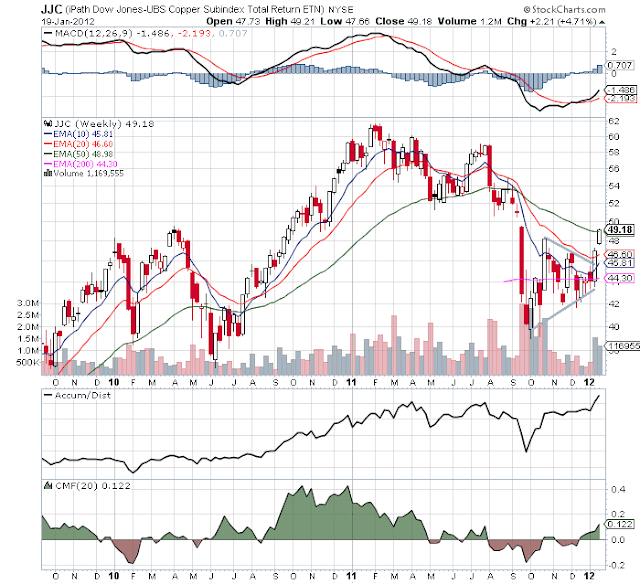 The weekly copper chart is very bullish.  We've seen strong moves over the last two weeks on very strong volume.  Money is flowing in and momentum has reversed.  This is a great chart.