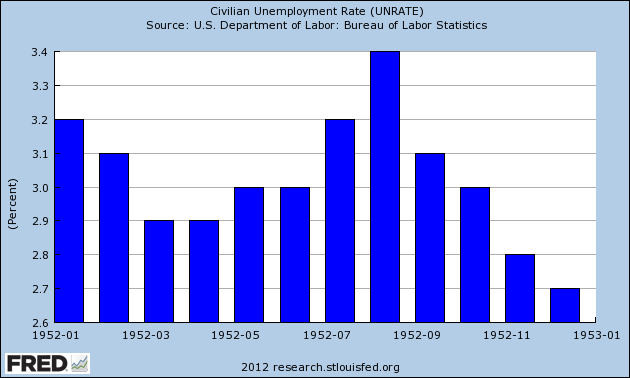 The unemployment rate -- which was already low -- continued at it's strong rate, fluctuating between 3.4% and 2.7% for the year. 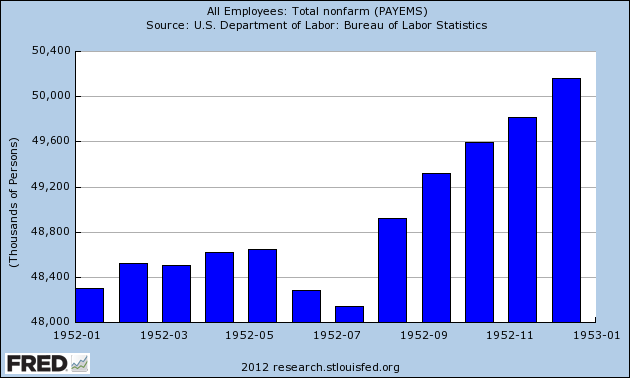 Total employees on all payrolls was more or less constant for the first seven months of the year, but really started to take-off in the last five months. 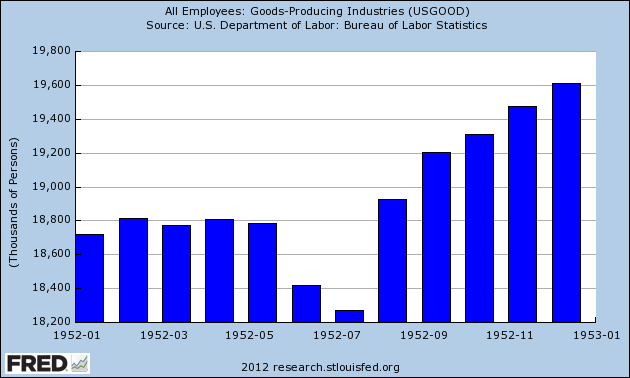 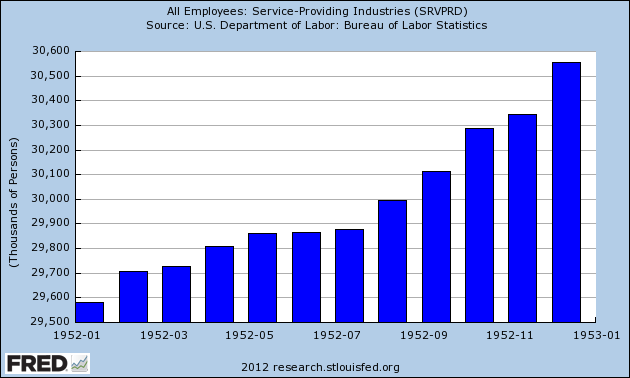 Service producing industries saw better overall performance; they increased a bit during the first few months, leveled off, and then increased strongly in the last five months of the year.  Overall, we see services adding a little under 1 million jobs for the year. 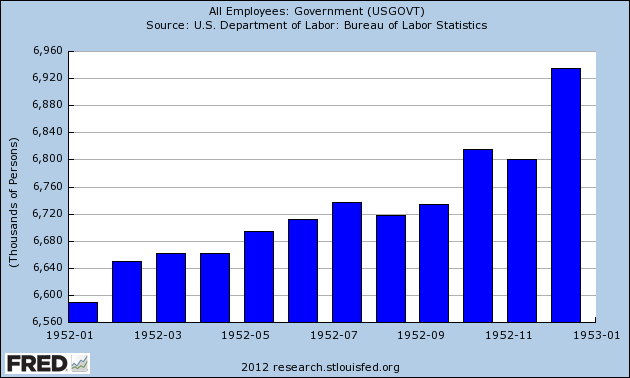 Growth in government employment mirrors the service industry chart for the year.

Thanks to a low rate of unemployment, we see strong growth in DPI: 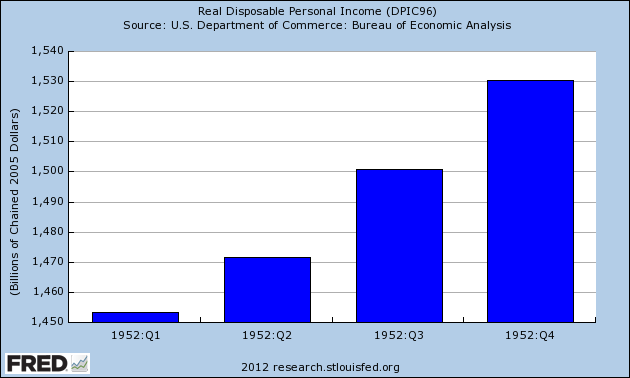 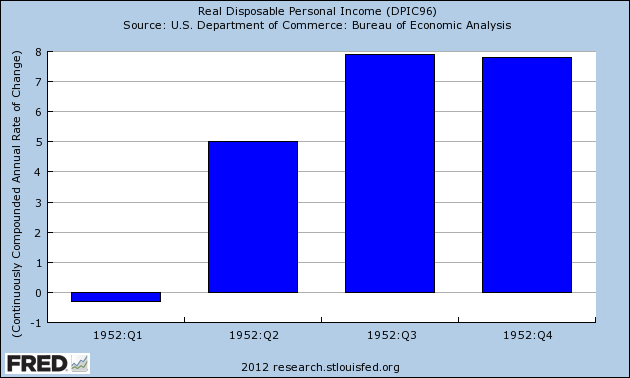 The continuously compounded annual rate of change was weak in the first quarter, but picked-up momentum in the second and third quarter, and ended the year on a strong note. 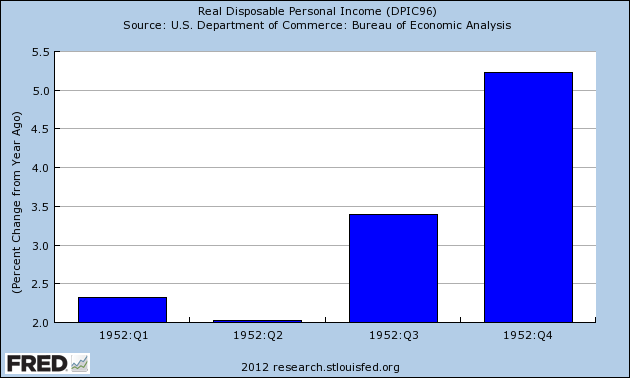 The rate of change year over year was small in the first half of the year, but accelerated in the second. 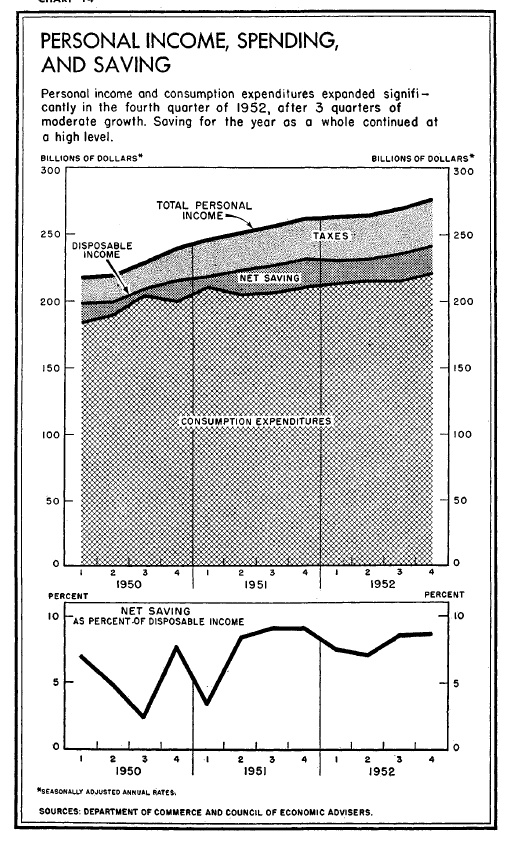 Finally, above is a chart from the 1953 Economic Report to the President that shows income and savings -- which was at a very strong rate in 1952.