Put another way, there was a slight bump in residential mortgage demand which was probably caused by refinancing activity -- a natural result of very low interest rates.

Let's take a look at the supply and demand data: 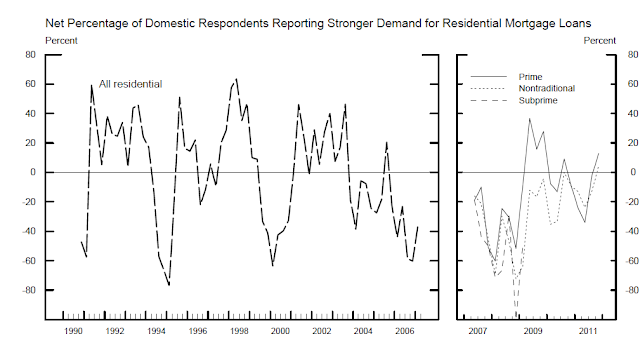 The chart on the left shows that demand has actually been weaker for quite some time (Remember -- this is a banking survey; there are many non-bank lenders in the residential mortgage business).  The chart on the right shows the last three years of activity, which has also been weak. 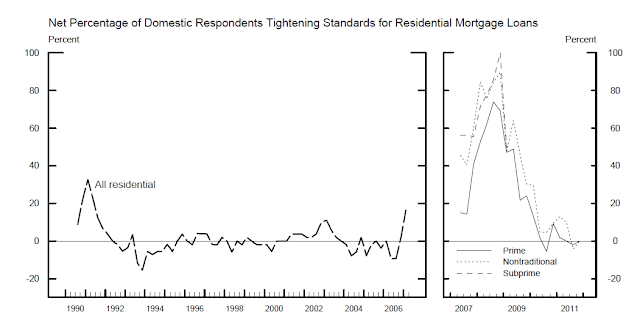 What these charts show is there consumer demand is weak -- a conclusion that jibes with the continued drop in the various financial obligation ratios published by the Fed and this chart, which shows total residential mortgage debt outstanding: 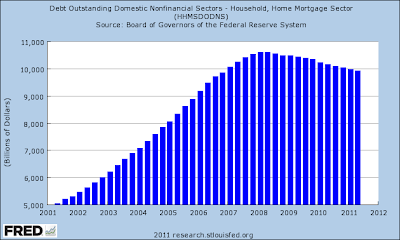