When looking at consumer credit, it's important to remember the backdrop against which we're looking at the data. 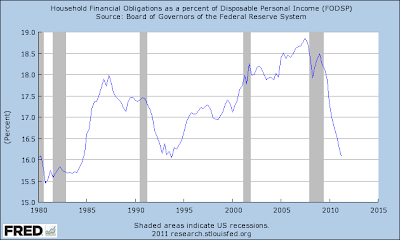 Consumers are slowing their borrowing in a big way, indicating an overall lack of demand.  This is also reflected in 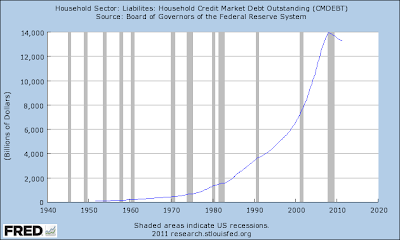 From the Federal Reserve

Banks, on net, continued to report having narrowed the spreads of interest rates on auto loans over their cost of funds, though these reports have been volatile over the past few quarters. A modest net fraction of banks also reported lengthening maximum maturities and lowering minimum required credit scores on auto loans. Small numbers of banks reported having eased some terms on credit card loans.

A small number of banks, on net, reported a strengthening of demand for consumer credit card and auto loans, in line with the past few quarters. Banks reported small, mixed changes, on net, in the demand for other types of consumer loans.

Let's take a look at the data from the bank's perspective: 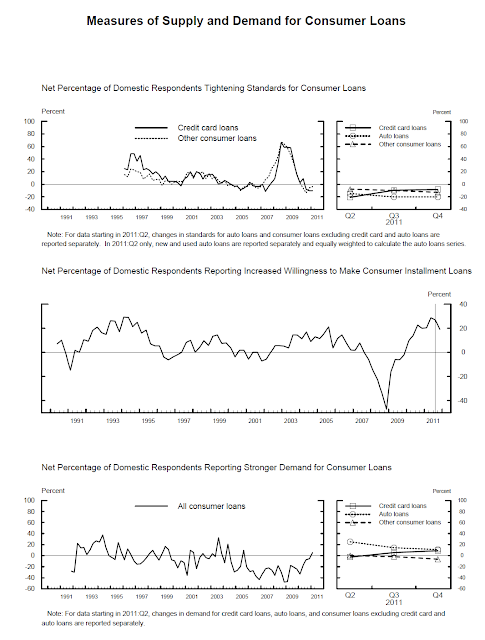 The first chart shows the percentage of banks tightening lending standards for consumer loans.  Notice this number has been below 0 for a small amount of time and has been decreasing since the tightening caused by the recession.  However, the second chart shows a smaller number of institutions willing to make the loans (although the number is still positive).  The lower graph shows the percentage of banks that are seeing an increase in consumer loan demand increasing.  The net takeaway from the above charts is that consumer loan demand is starting to pick-up a bit.