Finally, in looking at the latest senior loan survey, let's take a look at commercial lending:


Domestic banks continued to report little change in their standards on CRE loans, which were widely described in a special question in the previous survey as being at or near their tightest levels since 2005. In contrast, a large fraction of foreign respondents reported having tightened standards on CRE loans, in a substantial shift from the net easing reported by those institutions in the prior two surveys. Modest fractions of domestic and foreign banks reported a strengthening of demand for CRE loans, on net, although these reports were a bit less widespread than in the two previous surveys.

Commercial real estate is still in the doldrums, which is understandable considering the sorry state of US real estate overall.  Let's move onto a few data points. 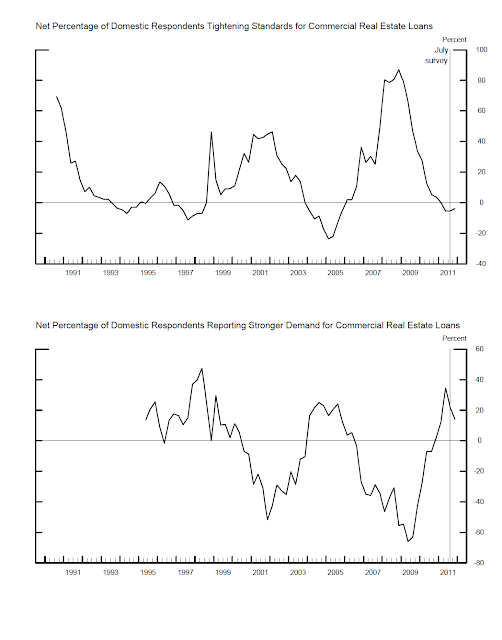 First, note that most respondents are not tightening lending standard -- although they are already at their tightest levels in over 5 years.  At the same time, loan demand while slightly positive, is dropping.

And consider the above numbers in relation to this chart of total construction spending: 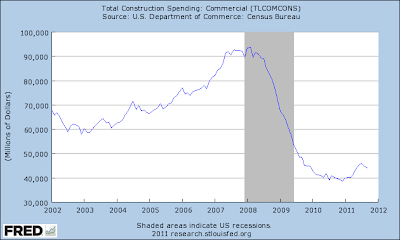