While it's important for the Federal Reserve to increase money supply during a recession to give the spending public more money for purchases, it's also important for the pace of purchases to increase, indicating more and more people are conducting purchases at a faster pace. This is called monetary velocity, and it's a very important statistic. Although not a perfect predictor, there is a strong relationship between the percentage change from last year in various monetary velocity indicators and GDP growth (this is something I researched a few months ago). 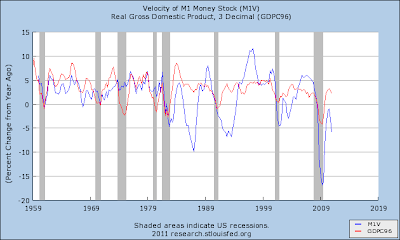 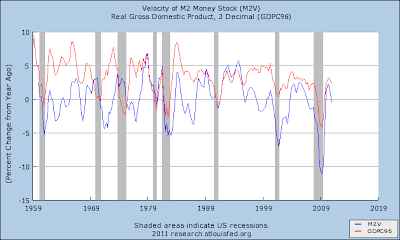 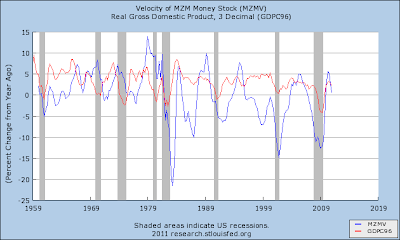 All of the above charts show that the pace of YOY percentage change in monetary velocity has dropped and has taken GDP growth with it.

In short, the pace of money moving through the economy is decreasing, indicating a slowing down of overall economic activity.
Posted by Unknown at 8:30:00 AM