Let's continue our look at financial institutions by focusing on the larger banks -- $1 billion to $5 billion in size. 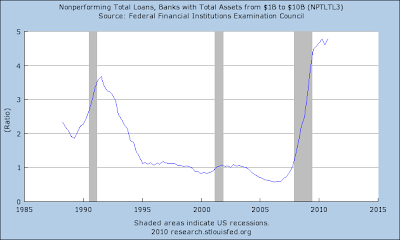 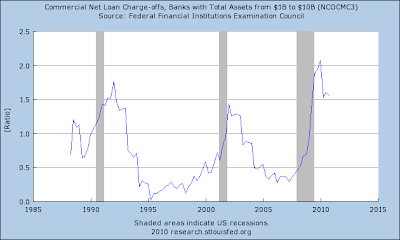 Commercial charge-offs peaked, and have moved lower. However, the overall level is still high by historical measures. 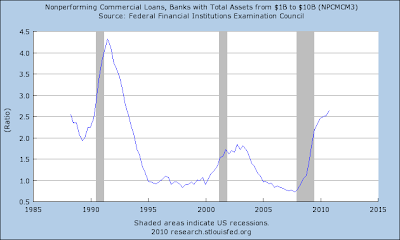 Interestingly, non-performing commercial loans were higher during the S&L crisis. However, their current level is still high and is still increasing. 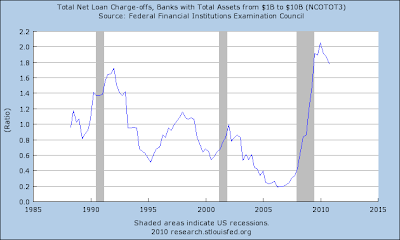 Total net loan charge-offs appear to have peaked, but these are also at very high levels. 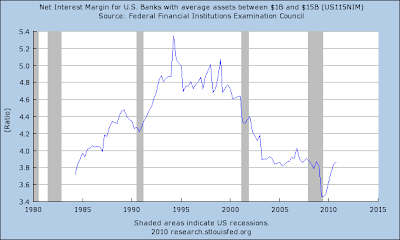 The net interest margin is at near 20 year lows. 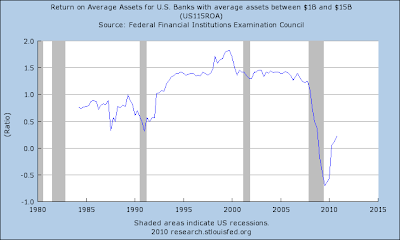 The return on average assets was at a 20 year low, but has since rebounded. However, this number is still low by historical standards. 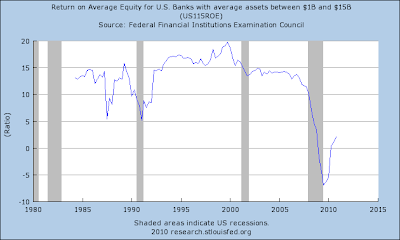 Average return on equity is also at low levels by historical standards.

Despite their size, these institutions are facing the same problems smaller banks are: high non-performing loans and low earning power.
Posted by Unknown at 8:30:00 AM