Let's continue our look at financial institutions by examining banks with assets between $100-$300 million. 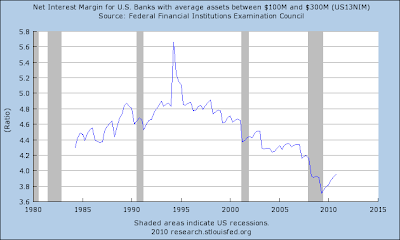 First note the net interest margin (the difference between what banks pay their customers and what they charge for loans) is near a 25 year low, indicating that making money from the spread is the hardest it's been in a long time. 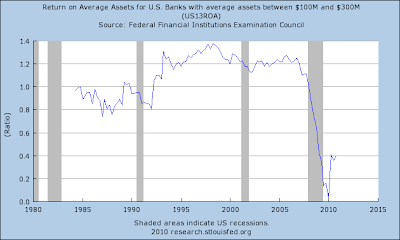 The average return on assets for these banks is very low by historical norms, as is 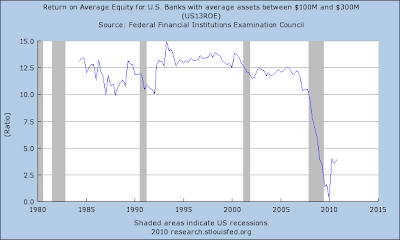 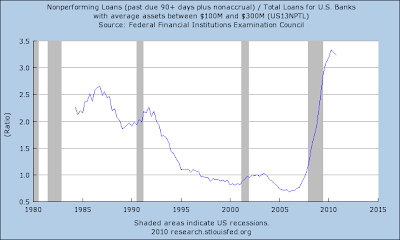 Total non-performing loans as a percentage of all loans is very high. While the number may have recently peaked, it has just done so. In addition, note the current percentage is higher than the levels seen in the S and L crisis, indicating this category of bank is experiencing an incredibly difficult climate. 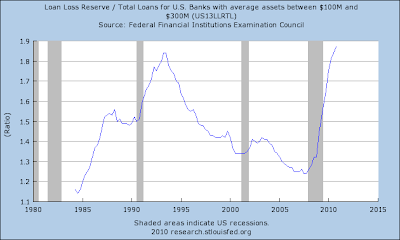 Finally, the loan loss reserve is the highest its been in over 25 years.

Like the banks under $100 million in size, institutions between $100 -$300 million are also facing strong headwinds. Earnings ability as measured by the net interest margin, return on assets and average return on equity are all low, indicating that making money is difficult. In addition, loan losses are high and these institutions are having to set aside a fairly large amount of money to cover losses.
Posted by Unknown at 8:30:00 AM