Commercial real estate markets displayed mixed results across the Districts again this reporting period, as leasing markets exhibited increasing signs of recovery and nonresidential construction remained weak. Leasing activity increased modestly in the Richmond, Chicago, Minneapolis, and Kansas City Districts and showed tentative improvement in the Dallas District. Vacancy rates, while quite high across the country, fell marginally in the Kansas City District and in New York City's office market. Leasing market fundamentals held roughly steady in the Boston, Philadelphia, and San Francisco Districts. Commercial construction activity was described as very limited across most Districts, with the bulk of new activity coming from projects related to healthcare, public infrastructure, and multifamily housing. Contacts in most Districts expected modest improvements in commercial leasing in 2011, although the outlook for construction was mixed and some Districts noted rising costs as a concern.

Time is a bit short right now, so I'm going to skip to the data, courtesy of Calculated Risk. 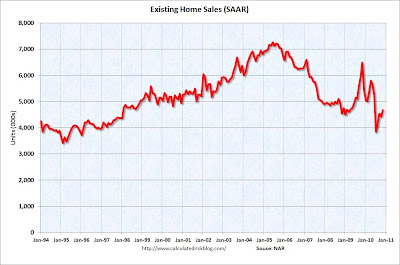 The existing home sales chart shows the distortions caused by the home buyer tax credit, along with a large fall off when sales expired. Sales have been rising, but they are still at low levels. 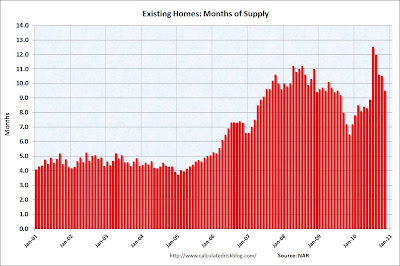 The months of supply at the existing sales pace is still very high by historical standards, as is 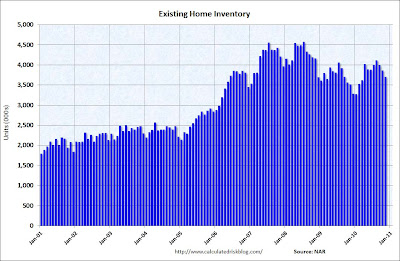 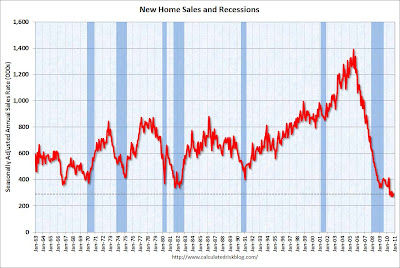 New home sales are near the lowest level seen in the last 40 years. 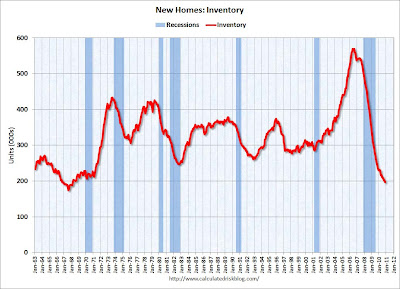 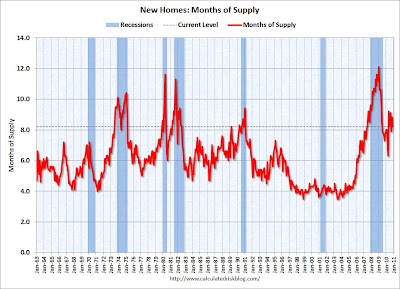 but the market clearing pace is still high.

Overall, housing is still a basket case. However, the incredibly low level of inventory gives home sales the opportunity to pick-up quickly and boost the economy should demand pick-up in a sharp way.