Last week I showed you this courtyard: 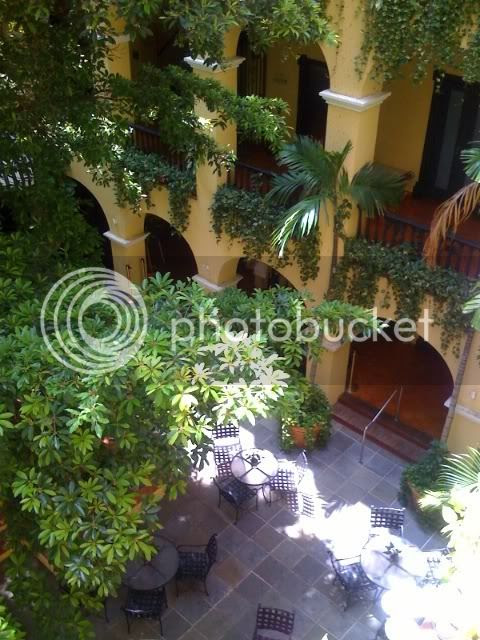 It is an interior courtyard and restaurant from the Hotel el Convento in Old San Juan, Puerto Rico: 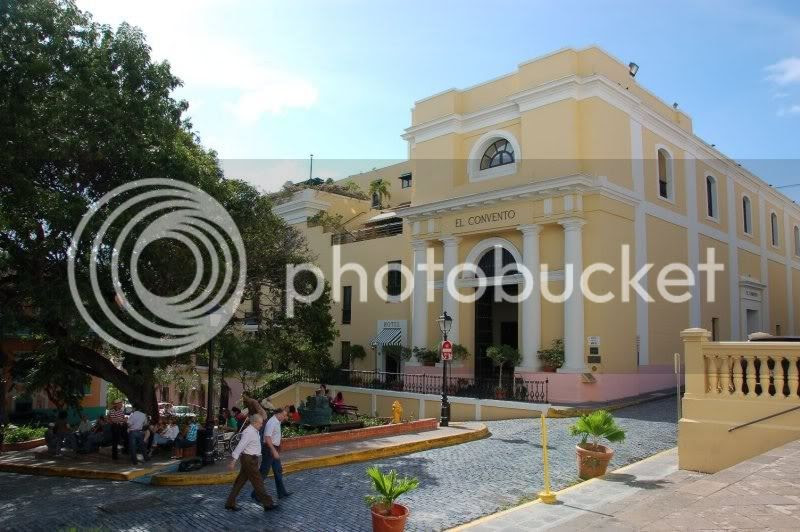 The hotel began it's existence as a Carmelite convent. Construction began in 1646 and was inaugurated as the Monastery of Our Lady Carmen of San Jose in 1651. It remained a convent until 1903.

Here is a shot of part of the lobby: 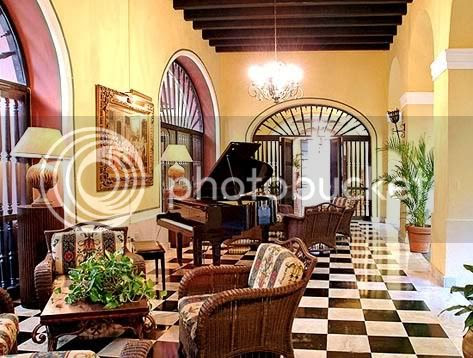 and here is a sample room. You can open the spanish style shutters to the tropical air: 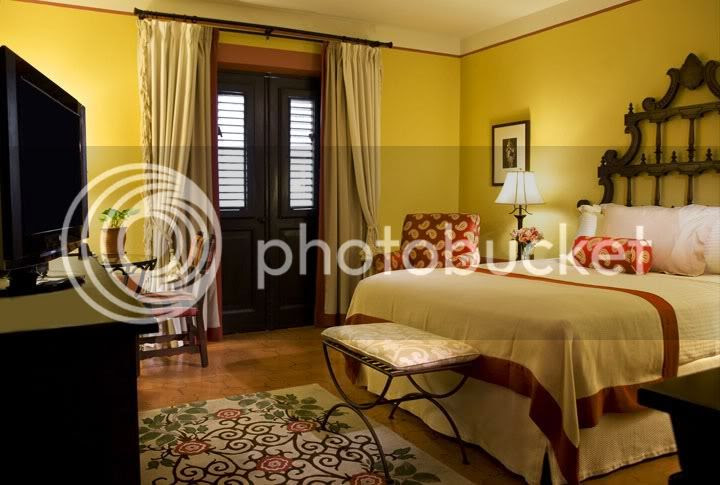 I also showed you this photo from the rooftop jacuzzi, from which you are eye to eye with the promenade decks of the huge cruise ships which pull into the harbor: 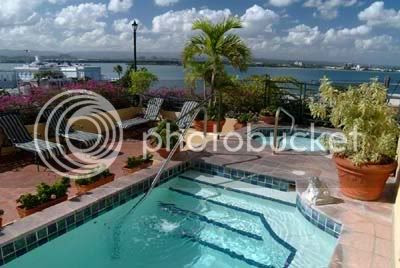 To the left of the chaise lounges in this shot is a terrace where you can sit as long as you like, or enjoy an evening snack or morning continental breakfast. If you look at the exterior shot of the hotel, above, this terrace is immediately to the left of the words "El Convento" over the doors: 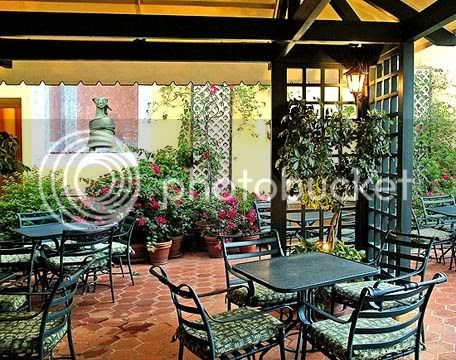 As you enjoy a cup or three of spanish-style coffee, or juice and fruit in the morning, you look out to this little park and neighborhood: 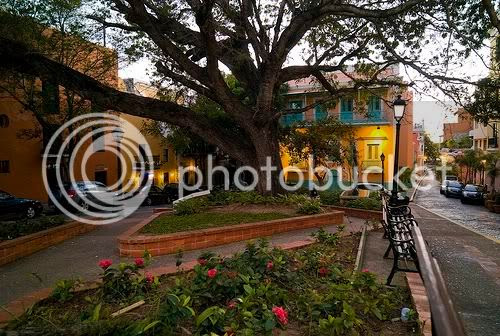 and just across the street your view is the Cathedral of St. John the Baptist (the exterior shot of the hotel above was taken from the cathedral steps): 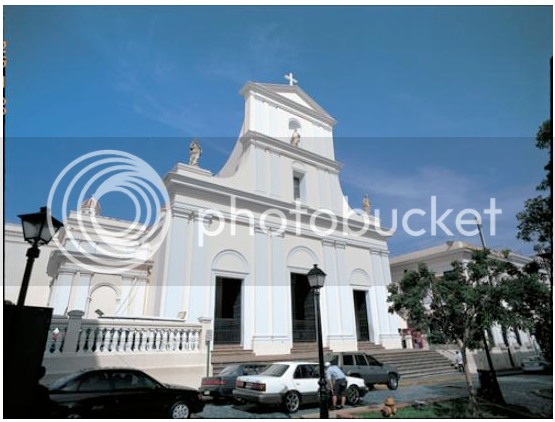 and here is "the nun's steps" on another exterior side of the hotel: 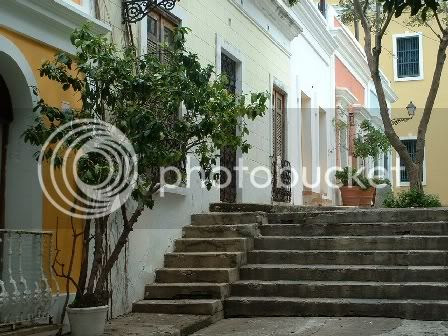 Most people stay at the modern hotels on the ocean in the Condado, a few miles away from Old San Juan, but the old part of the city itself is non-stop beautiful colonial spanish architecture, and is very walkable. You should reward yourself for being alive by spending at least a couple of nights sometime at the Hotel el Convento.
Posted by New Deal democrat at 7:45:00 AM