This is an all around great report.

Let's look closely at the data:

That means this is the second month in a row when job growth was over 200,000.

Here's a chart of establishment jobs growth from the report: 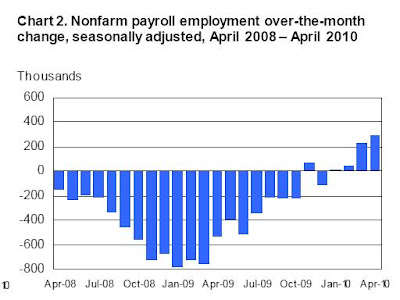 That is one good looking chart.

Simply put, this is one hell of a good report
Posted by Unknown at 7:43:00 AM