Let's take a look at the latest Personal Income/Consumption Report from the BEA.

Here is a link to the report.

Here are the charts of the data: 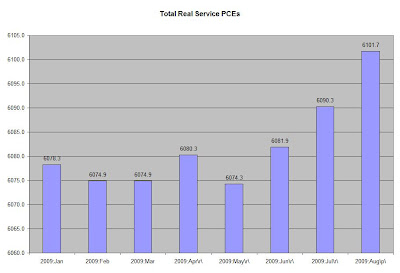 Total real service expenditures have been increasing for the last three months. However, mind the scale of the right. 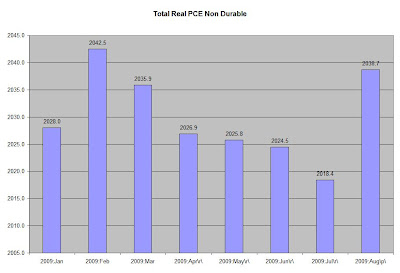 Spending on non-durables (goods that last less than three years) has been decreasing since March, but saw a big increase last month. There were two big events last month -- C4C and back to school shopping. 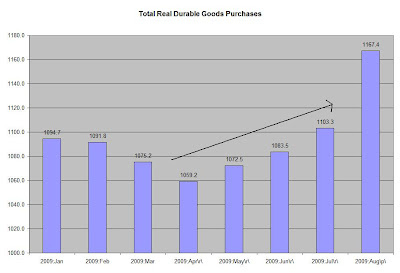 What does this tell us?

1.) Note that on the chart of spending on services it appears that spending bottomed out in the earlier part of this year. As this is the largest percentage of PCEs this bottoming is a good development.

2.) Non-durables are still a wild-card.

3.) Real durables purchases were already increasing before the C4C and appear to have bottomed out as tell. The real question will be what happens over the next several months to this number.
Posted by Unknown at 11:05:00 AM