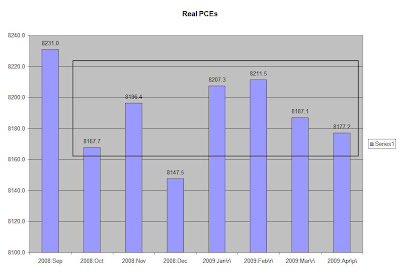 Real PCEs have been bouncing around quite a bit over the last 7 months. But notice that for 6 of those months they have been clustering between $8.167 trillion and $8.211 trillion. This is what I saw when I wrote an article titled "are retail sales bottoming" several weeks ago. 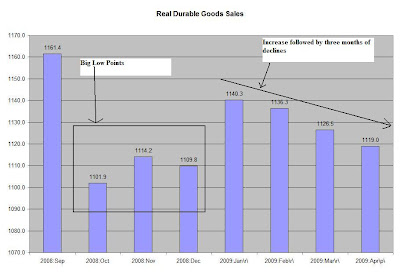 After a spike up in January, real durable goods purchases have been decreasing for three months. That is a clear downward trend. However, note that sales are still above their fourth quarter lows. 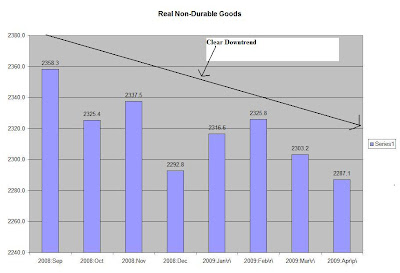 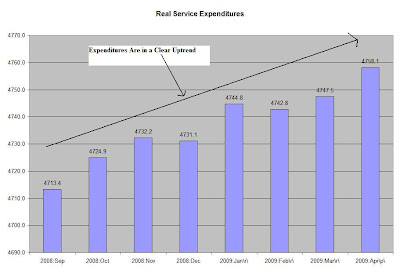 Here are two charts from econoday that better show my thinking.

Notice there are two boxes. The first occurred at the end of last year and shows a massive month over month percentage change. However the severity of the month over month change is decreasing for the last few months. In addition, the year over year number has been bouncing around on a bottom since the beginning of the year.