I'm going to spend today looking at what happened during the last expansion from a GDP perspective. Simply put, I want to see what the data days about the latest expansion. So, let's start with personal consumption expenditures.

All data is based on 2000 chained dollar numbers. 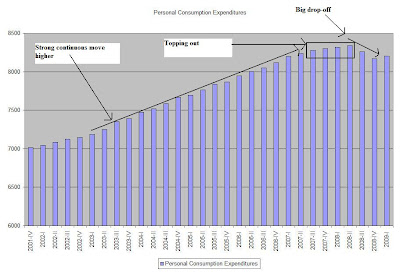 Personal consumption expenditures (PCEs) rose consistently until the fourth quarter of 2007 when the recession began. Then from 3Q07 to 2Q08 they still increased but at a far lower rate. The last two quarters of last year they dropped hard. This was a primary reason for the contraction in GDP because PCEs comprise 70% of GDP. Last quarter we saw a bump but we'll have to wait and see if it continues. 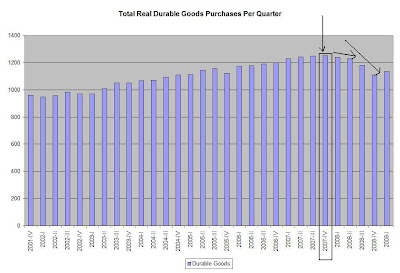 Durable goods was a big reason for the drop. Notice that these topped out in the fourth quarter of 2007, moved down a bit for the next two quarters and then fell hard in the third and fourht quarter of last year. 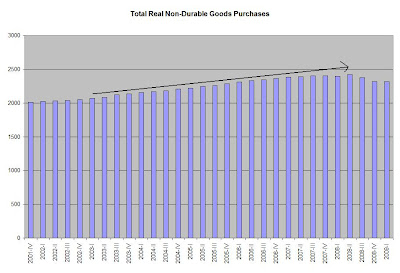 Like durable goods, non-durable goods purchases topped out in the fourht quarter of 2007. They rose a bit for the next two quarters and then fell in the later half of 2008. 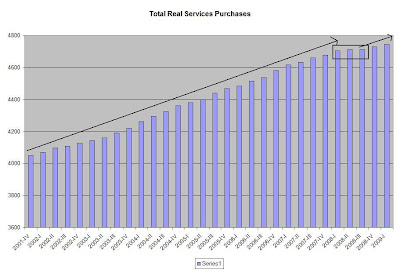 Services have yet to contract.
Posted by Unknown at 9:30:00 AM