Let's continue a look at the latest expansion's GDP with an in-depth look at PCEs. 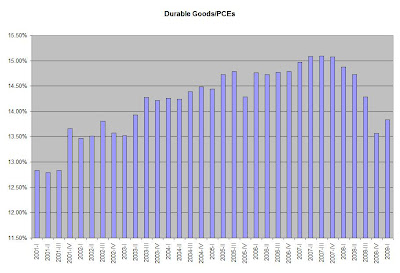 Consumers continued to devote a larger percentage of their spending to durable goods for most of the expansion. Notice this percentage topped out in the last three quarters of 2007 before falling sharply for the next four quarters. 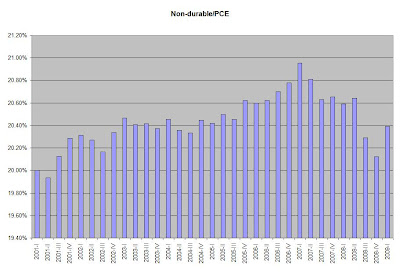 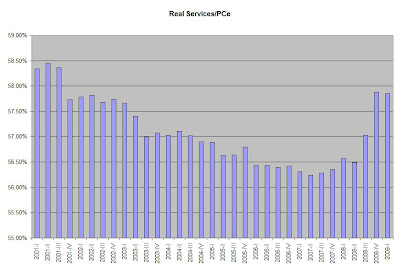 Oddly enough, services decreased as a percentage of PCEs until the third quarter of 2007 when they started moving higher.
Posted by Unknown at 11:30:00 AM