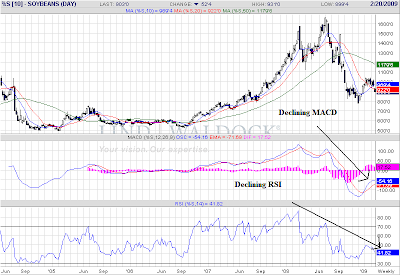 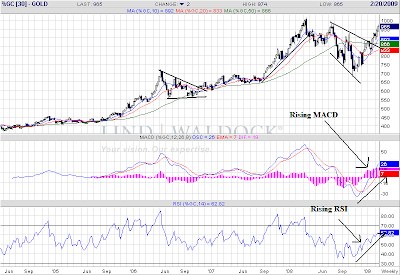 Gold has re-attained its safe have nluster. Note on the price chart that prices broke through the upper trend line of a consolidation pattern. This indicates buyer enthusiasm. Also note the rising MACD and RSI, indicating stronger moemntum and stronger prices. The SMA picture is interesting. First -- prices are above all the SMAs indicating all the SMAs will continue to move higher. The 10 week SMA just crossed the 50 week SMA while the 20 week SMA is still below the 50. In other words, we've got a ways to go before the SMAs line up into an extremely bullish alignment. Given the global uncertainty right now, gold may be the primary bull market going forward.
Posted by Unknown at 6:36:00 AM