A tantalizing question about existing home sales: have they peaked?


I normally don't pay that much attention to existing home sales, even though they are about 90% of the overall market.  That's because their economic impact is not nearly so important as new home sales, because of all of the construction costs and purchases made by the new homeowners over the next year or two.

But let's take a look, at least partly because existing home sales *may* -- and it's a very big "may" -- be in the midst of a turning point.

The overall picture in the report is same old, same old: sales flat, prices up over 5% YoY, inventory still depressed. I do not envy at all buyers in this market, where the average house sells in a mere 27 days!

But let me return again to my basic housing mantra:

I discount the "months' inventory" metric, because historically it has turned because sales turn, and not because of a meaningful change in inventory. 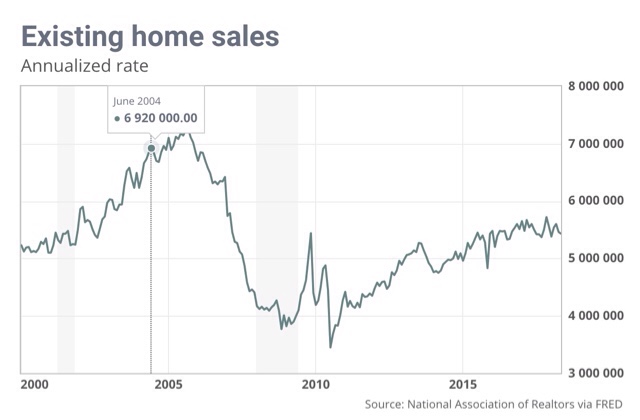 Here's the last 12 months through May. June came it at 5.38 units annualized:

See that peak in November? We'll come back to that. 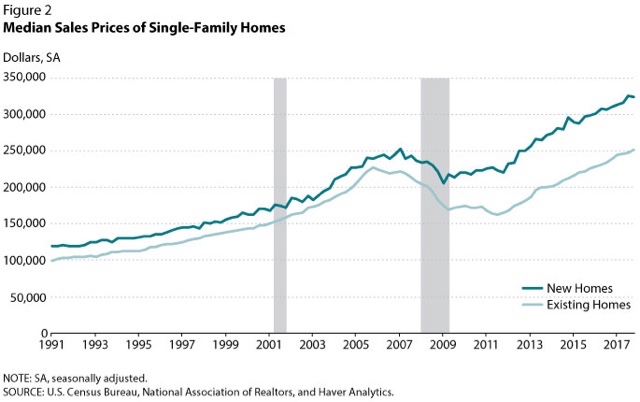 The median new house used to sell at a 10% premium. Since the great Recession, that has blown out to 30%. The price of the median existing home has continued to rise strongly, up to $276,900 in June. 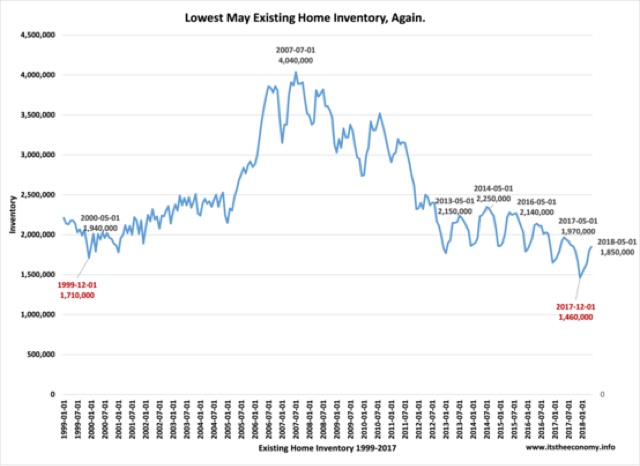 In the meantime, let's hypothesize that maybe sales peaked in November 2016.
Prices are continuing to rise.
We would expect to see that inventory will continue to rise.

In other words, it's at least possible that we have reached the point, with existing homes, where increased interest rates and price increases that exceed income growth, have caused the cycle to turn.

The much more economically important new home sales will be reported in two days. This metric, along with purchase mortgage applications, has been the most positive of all housing measures for the past few years. The less volatile single family permits have not made a new peak in four months. Will new home sales continue to defy gravity, or will they too show signs of stress? We'll see.
Posted by New Deal democrat at 9:51:00 AM