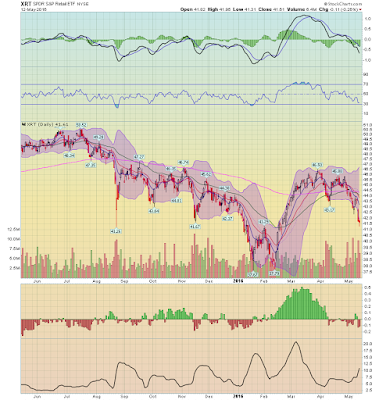 The last year of Retail Sales 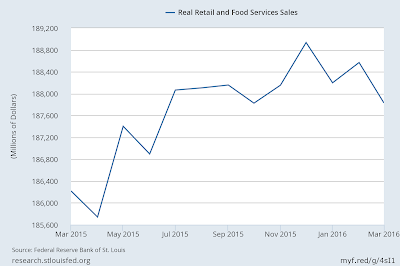 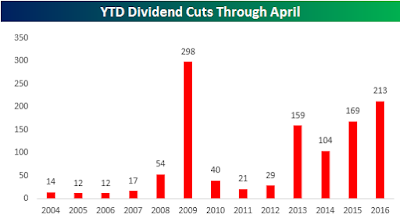 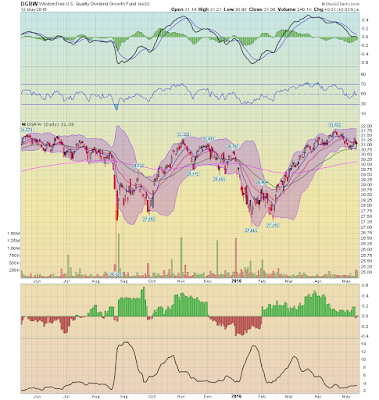 One bad week (or two) hardly constitutes a definitive signal for this leading indicator, which is notoriously volatile in the short term, and so it’s wise to reserve judgment for a bit. But the case for optimism is on a short leash until further notice.

It seems that we’ve run out of room for further disappointments in the weekly claims data. Today’s release may prove to be an outlier with minimal relevance for the US business cycle. But that explanation will melt faster than a snowball in August if next week’s numbers push new claims above the seasonally adjusted 300,000 mark for the first time in more than a year. 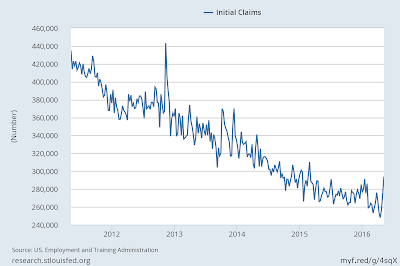 Demand growth in the first three months of 2016 was 200,000 barrels a day higher than earlier anticipated at 1.4m b/d, the world’s leading energy forecaster said on Thursday, with India responsible for almost a third of the upward revision.

Although the IEA left its forecast for global demand growth unchanged at 1.2m b/d for the year, it said the risks to future forecasts was to the upside, citing gasoline demand growth which it said was growing “strongly in nearly every key market”. 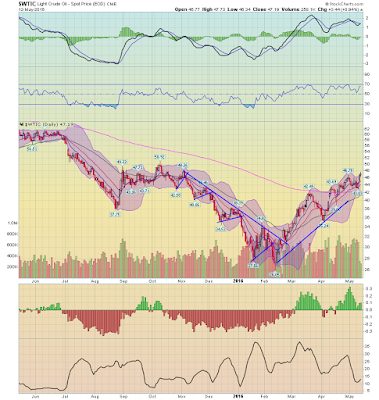 On a rolling 12-month basis, the federal budget deficit hit a peak of almost $1.5 trillion in February 2010. From that dizzying height of just over 10% of GDP it fell steadily for six years, hitting a low of $402 billion last February, a mere 2.3% of GDP. It's unlikely to get any lower than that, unfortunately, unless and until we see stronger economic growth and/or significant reform to entitlement programs. For the foreseeable future, the budget deficit is likely to get bigger; it's already jumped to just over $500 billion as of last month. There are several culprits: weaker economic growth, weaker tax collections, and a pickup in spending. 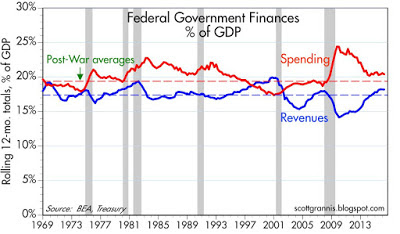